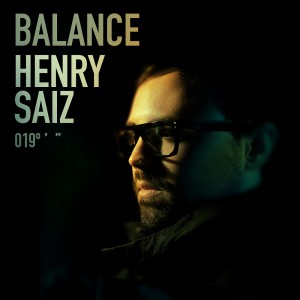 The Spanish electronic producer Henry Saiz brings his unique formula to the esteemed mix series with an exciting conceptualized approach. Through attempting to occupy the creative space closer to that of an artist album, rather than a club mix, Henry has delicately created an odyssey in sound for the latest installation, Balance 019.

CD1 explores how music has the power to contain and store personal emotional experiences. This is the characteristic that Henry loves most about music, that ‘evocative power to send you back to your childhood or to a specific moment of your life’. In order to create that evocative and psychedelic atmosphere, this CD has an elaborated crafted lo-fi sound through the use of varying analogue formats such as cassette or vinyl. Saiz expertly harnesses his intricate knowledge of sound through the use of a multitude of layers, sampling, edits and the use of lot of vocals to create a melodic and intense experience that attempts to connect with memories and complex emotions.

Following the same concept, but offering up a balance is CD2, which is more geared towards the dance-floor. As ever, the track selection is eclectic in its outlook, but has a definite tech-house feel that is tinged with the influence of House, melodic Techno, Disco and Detroit alongside the plethora of styles Saiz uses for his musical motivation.

Adding to the experience is the fact that Henry has chosen to use only unreleased productions and exclusive collaborations with other artists. So there are plenty of rare inclusions on the track-list that make for a completely fresh listening experience.

Notable highlights are Saiz’s own new downtempo version of “Lady in the Mirror” and new tracks from him like “Eterno Retorno”, which effortlessly fuses the past and present. Exclusively made for this are collaborations with Marc Marzenit, Dosem and Pional. New tracks like “Together” by Border Community’s Ricardo Tobar and Petar Dundov aka Solar Sailor’s “Horizons” revisit Henry’s musical journey with their distinctive progressive and futuristic sound.

Additionally Henry’s new moniker ‘Hal Incandenza’ is featured here for the first time and offers up some amazing productions in the form of “Little Mountain” and also “Mystical Tree”.

Following the precedence set by previous featuring artists such as James Holden, Agoria and Joris Voorn, Balance 019 is another truly breathtaking outing from one of electronic music’s gifted proponents, and fully lives up to the forward-thinking expectations of the seminal mix series. 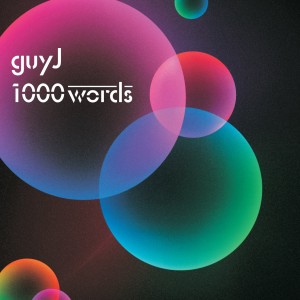