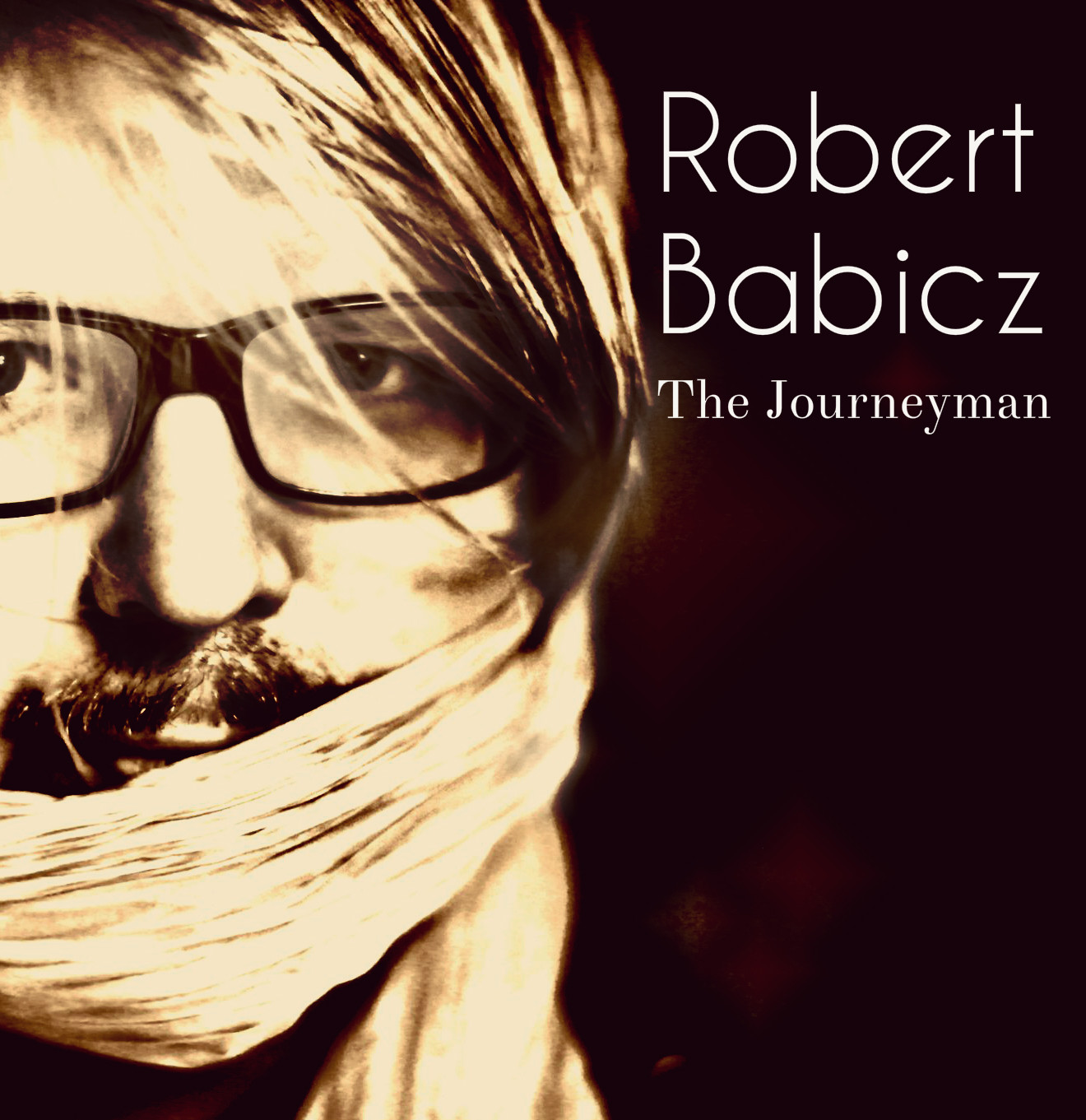 In today’s age of disposable music anything that displays real honesty and soul stands out by a mile. Robert Babicz is a producer who proudly stands tall as one of a handful of artists who are not afraid to imbue their productions with true emotion. With over 20 years of music production and DJ experience behind him he really has devoted his life to his craft. He is renowned as a connoisseur of sound design and production, and his services as a mastering engineer are in demand all over the world – if you haven’t done so yet take the 360 degree tour of his very impressive studio. Being vocal about music production is only half of the Robert Babicz story – the other half tells a story about a gentle soul that wears his heart on his sleeve in regards to his general life and what music means to him. This candor led to Babicz being invited to do a prestigious TEDx talk in Germany about his philosophy on music and life in 2012.

Balance Music’s Morgan Richards caught up with Robert after his recent tour of Australia to discuss his latest album ‘The Owl and the Butterfly’, music production and life in general…

Hi Robert. You were in Australia for a few shows recently. How did you think the tour went?
It was pretty good. I played twice in Melbourne as well as Sydney. Ja, it was good. Like always!

Did anything in particular stand out for you?
It’s always very emotional when I’m there. I really like Australian fans because they’re really “into it”. I like this.

More so than back home in Germany, you mean?
Yes. People are quite saturated. Oversaturated. You always have so many things going on here. Another thing is that Germans are typically afraid of melodies.

Have you had any success playing melodic stuff in German clubs?

I’m still trying! But people are really afraid to show too much emotion. And that’s what my music is really about. Of course, I really like the sound aspect of huge tracks — the big sound. But the most important part is the emotional thing. It’s really not German. They can’t handle it.

That “big sound” is something you’ve got somewhat of a reputation for. You’ve talked about having quite a lot of other producers approaching you and asking you to help them make their tracks “sound big”. Do you think that’s happening more and more in electronic music?.

I think right now in electronic music we have so many tracks and so many producers. And most of them sound the same. Some people understand that maybe it could be good to stand out through sound quality and I can give them something… I’ve been doing music now for twenty years, so I should know how a good track should sound after that time. I’m really a freak when it comes to sound. Like… a freak!

I started to make music in 1990. I think I was 17 or something and I never had a musical background; I’m from a family with no connection to art at all. When I started, I was doing quite hard acid techno — the opposite to what I’m doing now. I was young and angry. I had no clue. But over the years, slowly I thought, why do my records not sound as a good as other people’s? I understood they were different from other records in some way. But I had no idea why. And I was always crying when I was hearing my records in the club after a really good production session! [Laughs.]

I think around 2000, I was starting to get bored from all this acid techno, and I thought OK, I need to change myself. It’s really time to question everything again. And I started to investigate the background of the whole recording thing. I learned how the entire recording process really works. Because before, I was just setting up some equipment and playing music and recording. I had no clue, you know?

In the 90s, all the other artists I knew we were always like, do you have this synthesiser? And maybe this one will be like weeeooow. It was always the next synthesiser that was the magical thing. At one point, I understood it’s not about this at all. And I started to sell a lot of this equipment and was buying analogue EQs, analogue compressors and tape machines. And I understood: you can make music with the most basic things if you know what you are doing. That’s the secret. You really need to know what you are doing.

Did you have a mentor during this time? Or did you just pick it all up yourself?

No, I was learning this by myself. Just with comparison and reading and testing and making hundreds of tracks and tests. A typical thing for me is: when I’m really interested in something, I start to get mad like a scientist! And I really try to find my way. I don’t stop until I’m happy. I’m still not happy! At the moment I have the feeling that I’m an advanced beginner.

Even after 20 years of making music?

Yeah! [Laughs.] I think I still have a lot of things to come.

What about musical inspiration? Was there anyone you really looked up to in the early 90s?

Hmm… no. Not really.

We have an expression in German, I don’t know if this in English as well… we say every cook is just cooking with water. I learnt this quite fast and from that moment the whole fascination for other people left, because I understood, OK, nobody is a genius. All these people just know what they are doing.

Do you think that’s something more true of electronic music than learning and instrument or learning how to sing?

Yeah, of course. This saved my life. I had no musical education at all. But I just trusted my ears. I played the piano without knowing what I was doing. But I trusted my ears and said, ah, this sounds good, this note, this combination is possible. You just follow your intuition and let technique guide you. But right now, I’m learning to play bass guitar. And I bought a normal guitar as well. And some percussion and drums. But just because I like to. I don’t need them [to make music]. It’s just to keep learning!

Do you have any advice to producers who want to resist the temptation of making tunes on a laptop, and use analogue gear instead?

I’m not a pure analogue freak! I’m working 50/50 analogue digital. For me, they are equal. There are some digital things that are really impossible in the analogue world, and the other way around. It’s the combination of both that makes the sound of today. If you just stay analogue, you will sound like the past. When my colleagues and I started here in Cologne in the 90s, I had the feeling we were making the music of the future. This was one of the really important feelings. And now we are twenty years later. I am still hoping we do this kind of soundtrack.

Your new album is called The Owl and the Butterfly. What does the title refer to?

I’ve made three albums on Systematic Recordings. And all of them have had a butterfly on the cover. The butterfly is a symbol of evolving and transforming yourself. Finally, the owl came into it. It’s also symbolic; it has a meaning of knowledge. Like I told you, I’m feeling like an advanced beginner on all levels. Not just as a producer, but also as a human. I am 40 now, and I was really afraid to turn 40. But I think I am more happy now than ever before.

[Laughs.] Yeah, I was really afraid! I thought, OK, now you get old and it’s over. But, no I have more fun than ever before. I’m really enjoying myself.

If you could go back and talk to Rob Acid of 20 years ago, if you could give him a message, what would it be?

“Don’t worry so much!” [Laughs.] I started doing music when I was at school, and when I graduated I told my parents, “I will not go to university and I will not work — I am an artist!”

Yeah, so for them it was really a big shock. But I really knew — this is what I want to do in my life. At that time, we had no industry. Electronic music was something for some freaks in a warehouse with a smoke machine and some strobe lights! But I knew, this will be my life. And I trusted this feeling. It was really hard in the beginning. In the first years, I had nothing. I was sleeping on the floor. I had some equipment and that was all I had. But I trusted this feeling. I worried a lot as well. But you see, after this long time, I really never give up if I want something. It was somehow the right decision. I’m not regretting anything. I don’t like to be proud of anything, but at the same time I can say I don’t regret anything, because I was not doing anything for political reasons or for commercial reasons. All the music I made during these years was always coming from my heart.

You have quite a thing for scarves, but there’s one in particular that you like to wear when you’re playing live. What makes this scarf so special?

The scarf that I’m wearing during my sets in like my magical shield. It’s this orange colour and made of silk. For me, it gives me… it’s like the cape for superman. It’s very important for me. I don’t wear this during the day; I have other colours and other scarves. But if I put this one on, I feel like: now I go to the stage! It’s my magic scarf. 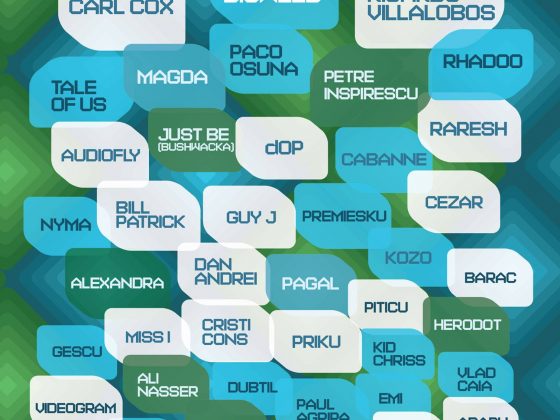 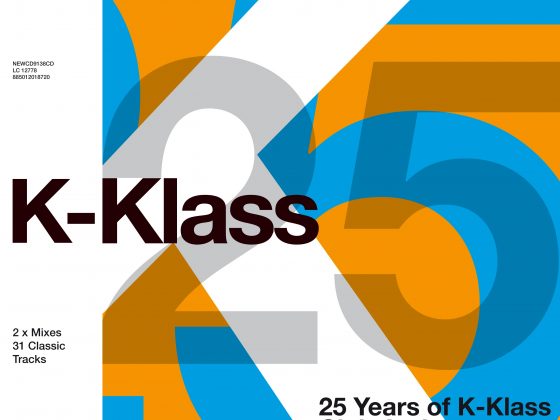 K-Klass celebrates 25 years in the industry