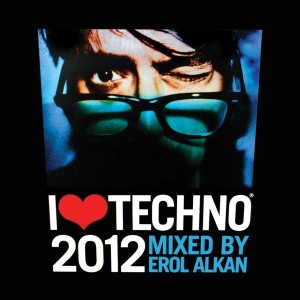 Taking place on the 10th of November, this year’s I Love Techno is held at the Flanders Expo in Ghent and as ever is expected to attract some 35,000 people across 5 rooms making it Europe’s leading indoor dance event. Erol Alkan is one of the headliners this year, next to other hot acts such as Boys Noize, Vitalic, Flying Lotus, Modeselektor, Dave Clarke, TNGHT and many many more.

Erol Alkan is a London based DJ and producer. He has remixed tracks from artists such as Franz Ferdinand, Justice, MGMT, Hot Chip, Scissor Sisters and Connan Mockasin amongst many others.

Erol Alkan has produced a few guitar bands, often works together in the studio with his good friend Boys Noize and is one half of Beyond The Wizards Sleeve. He also runs his own label Phantasy Sound, has a radio show on BBC 6 Music… A busy bee is definitely an understatement for Erol Alkan!

His 2005 “Bugged Out” mix is a real classic, so after Cassius’ memorable mix last year, we’re proud to present you “I LOVE TECHNO 2012 MIXED BY EROL ALKAN“!