Optimo – The Undergound Sound of Glasgow

Taking in tracks from Naum Gabo, 6th Borough Project, Funk D’Void, Lord of The Isles, Aunti Flo and Debukas to name but a few, The Underground Sound of Glasgow is true to its title in every sense.

Keith McIvor, aka JD Twitch is a name synonymous with quality and eclecticism in modern electronic music and his Optimo project alongside Jonnie Wilkes is no different. The duo’s Optimo (E!pacio) club night, which ran from 1997 to 2010 on Sundays in Glasgow’s Sub Club, is the stuff of legend. McIvor had previously been an electro, rock and punk funk DJ as well as promoter of Pure, a techno night that dominated Glasgow’s clubbing landscare for ten years, until by his own admission, seamless mixing and ‘obvious, easy and predictable’ musical selections wore thing with him – planting the Optimo seed.

This compilation, the first since Fabric’s 52nd edition, is a project which, alongside remixes and productions for the likes of Endless Flight, Eskimo and DFA, will further the Optimo cause of real DJ’ing.

‘Glasgow is a relatively small city but has always had a very vibrant nightlife with wildly enthusiastic audiences. I’m very fortunate to have been able to travel the world playing music but can in all honesty say that almost nowhere beats a night out in Glasgow for raw energy and an unbridled passion for music.

Glasgow also has a rich musical heritage that continues to this day across the musical spectrum. Putting this mix cd together which focuses on electronic music from Glasgow and its environs was a real challenge as there was so much great music, both old and new to choose from and it would have been easy to have done a mix twice the length. There has been a mini explosion of producers and labels coming out of Glasgow recently and I’d say it is the most exciting time for electronic music in the city in all the time I have lived here, with a palpable buzz and sense of possibility in the air.

This mix could easily have been a mix of Glasgow House or Techno or Post Bass Aqua Step or any other micro genre of dance music one may care to invent but rather it covers the spectrum of electronic dance floor sounds from the city that are interesting to my ears. I’m not sure if there is a “Glasgow sound” but there is definitely a Glasgow attitude to making music and I hope that comes across in this mix.’ JD
Twitch, 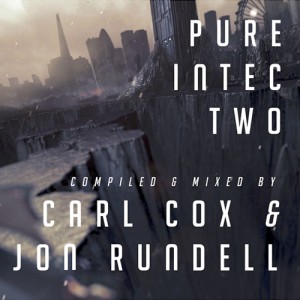