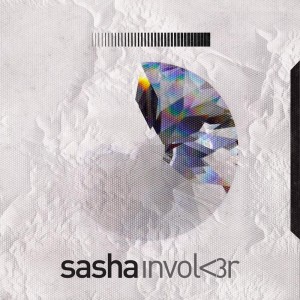 DJ/Producer Sasha is recognised as one of the world’s most innovative icons in the electronic dance music world and has remained on the cutting edge of dance music for well over two decades. Sasha returns in 2013 with the 3rd edition of his globally successful concept ‘Involver’ proudly released by Ministry of Sound.

Emanating a sound that flits between dream like Balearic ambience and innovative technical beats; Sasha’s 3rd edition of ‘Involver’ arguably sits within its own artistic medium.  With sales of nearly 50,000 copies across the series so far, this release has been an eagerly awaited masterpiece.

Unlike most traditional mix albums, Sasha has taken time to deliver exclusive remixes of artists such as The XX, Ultraista, Keep Shelley in Athens, Little Dragon, Foals and more, specifically for this album.

‘Sasha Involv3r’ will be available on both 2CD and deluxe 3LP heavy weight vinyl formats.

Supported by an exclusive album screening and preview party in London early this year, ‘Sasha Invol3ver’ will officially launch at Winter Music Conference in 2013 followed by a heavily supported global ‘Sasha Involver’ tour.