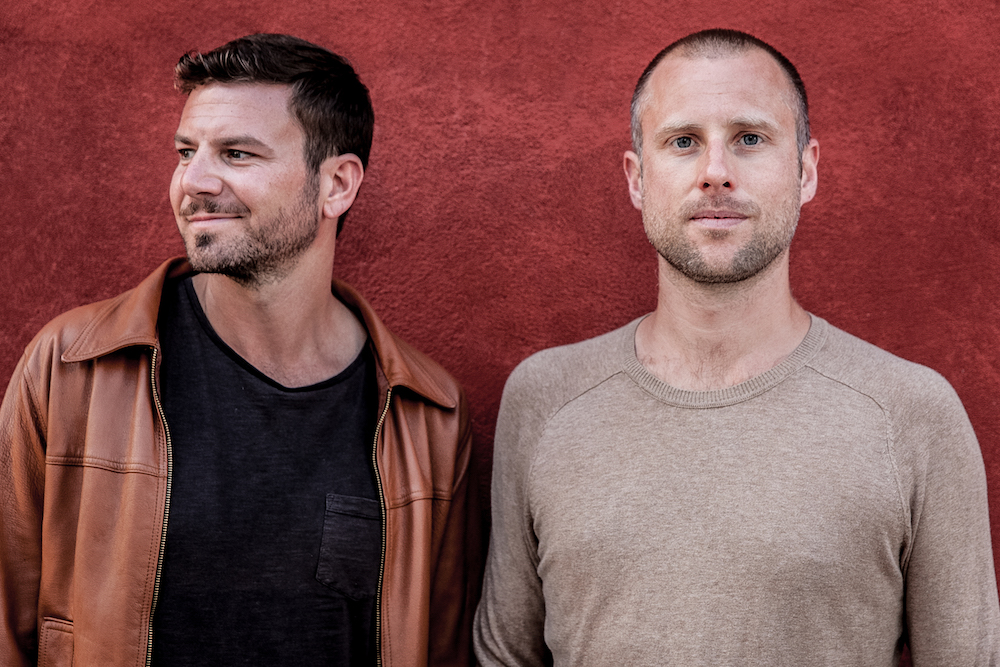 Audiojack are the Leeds grown, Ibiza based duo who have built a solid reputation over the last decade as DJs, producers, remixers and label curators. Their original releases can be found on leading house and techno labels like Crosstown Rebels, 2020Vision and Hot Creations. Their remixes on labels such as Moon Harbour, B-Pitch Control and Diynamic, whilst Underworld, Groove Armada and Hot Since 82 are amongst the artists to have enlisted Audiojack for remixes.

The duo have been mainstays on Ralph Lawson’s 2020Vision recordings for over a decade, where they released their debut album ‘Radio’, and several bestselling EPs including ‘Get Serious’ and ‘No Equal Sides’. More recently Audiojack signed to Jamie Jones’ infamous Hot Creations label, debuting with the heavily played ‘Vibrate’ EP, and subsequently they joined up with Damian Lazarus and his Crosstown Rebels imprint, starting with their ‘Turya’ EP which brings the words of a guided meditation into a club setting to create a heads-down-eyes-closed hypnotic experience.

Audiojack are easily one of the globe’s most popular duos, and ahead of their Australasian tour they found some time to forward us an exclusive mix….

What music did you listen to as a child?
Jamie: My dad is a keyboard player in various bands and has been since I was born. He’s now almost 70 and still playing gigs every weekend. That music was a big influence on me; I’d often fall asleep to the sounds of him practicing Life On Mars or Au Clair De La Lune beneath my bedroom. I learned to play a few tunes but didn’t have the patience to learn properly, I preferred making up my own songs but they weren’t very good. When I was 13 me and my brother went out washing cars every weekend for almost a year to save up for an Amiga computer which was what you could play games on pre-console days.

A friend at school brought in a music program and I made a copy and had a little play with it. It was a simple 8 track sequencer called Octamed that could trigger short samples and I started making some basic tracks. When I discovered midi and could hook up my dads synths to it the fun really began. I made music this way until I got to uni 5 years later when I left the Amiga at home and DJing took over my life for a few years. I didn’t pick up production again until me and Rich conceptualised Audiojack in 2005.

When was the first time that you realized that you liked electronic music?
Rich: I had older friends as a teenager who got me into house, happy hardcore, trance, hardcore and techno, so it’s hard to pinpoint a specific moment. My bus ride to school was an hour each way, and I’d always have mix tapes playing on my Walkman, and then in many classes with one earphone snuck up my school shirt, then on a night with my older friends driving around with bass booming out. Electronic has been ingrained in my being for as long as I can remember.

Jamie: For me probably listening to Depeche Mode and New Order and various other synth pop bands in the early 90s. Shit really changed when I heard the Prodigy for the first time a couple of years later though and was introduced to dance music proper.

When was the first time you saw a DJ in a club?
Rich: The first DJ I saw in a club was I think DJ Sy in around 1994/5 at Rooftops in Wakefield. I was maybe in year 9 or 10 of school and the gig was midweek. It must have started early but it was still way too young to be out that late. This was the 90s though, and I was a right little uncontrollable $%#!

Jamie: For me it was also likely DJ Sy or another hardcore DJ around the nineties in my home town of Hornsea where we were lucky enough to have a big rave called Atlantis come to town once a fortnight. It blew my mind and I haven’t stopped dancing in clubs since.

Which producers/artists/acts inspire you?
Jamie: Every artist in every field of art is inspired whether they realise it or not by every single thing they experience both awake and asleep. It may find its way into your music, painting, dance, films, food subconsciously; some in more obvious and direct ways than others. This happens when you create art with feeling rather than thought. If your draw for the pallet of your short-term memory because you’re trying to imitate or drew inspiration from the latest track you heard and loved then the influence is much clearer and it’s less like art and more like business.

What was the last album that you downloaded/bought?
Jamie: I bought a selection of music from the various albums of GoGo Penguin which is a three-piece experimental Jazz act consisting of a pianist, drummer and double bassist and they play among other things music akin to liquid drum and bass. We always have the radio on in the house so I pick up a lot of new music if there. I get a lot of recommendations from a mate who’s an eclectic selector going by the name of DJ Sadeedo too, more stuff I listen to when chilling rather than ravey stuff though.

What is your current production and DJ set up like?
Production wise we stared out on a very tight budget back in 2005 on a £50 second hand PC and a cracked copy of Fruity Loops (which we did buy when we could afford to). We’ve really honed our skills “in the box” with midi controllers and although we have bought hardware since it has never really pulled us away from our tried and tested method. A lot of our sounds are custom made and Native Instruments software is really good for modding stuff yourself. Reaktor particularly is great for this and people upload their own creations in the User Area online to download for free so there’s a plethora of weird wonderful sounds. Their Monark synth gives a really rich and authentic approximation of analogue mono synths as well and a lot of our bass lines are made using this.

Regarding DJing we both started out on vinyl in the mid nineties and bought our first CDJ in 2005 to play some of our own new productions out. Once we started touring internationally the ratio of CDs to vinyl shifted gradually towards digital and then as more and more DJs moved to CD the upkeep of turntables in venues started to suffer and make it less and less desirable to play vinyl. Eventually we stopped playing vinyl out all together and just played CDs. A few years later after USBs came into play, the same thing happened again, the CD players in club would skip all the time with freshly burned CDs because they weren’t being maintained properly so we had to move to USBs which do have their merits but it as always nice to have something physical to look at rather than a list when selecting your next tracks.

What releases do you have on the horizon?
We have a remix for Timo Maas coming on Mobilee at the end of August and one for Sabb on his Radiant label in September, but the main project we’ve been working on for the last 12 months is our album. We’re not saying too much about it right now, but we’re pretty excited with how it’s come together over the last year.

Where can we hear you perform?
The next few weeks look like this…

Tell us more about the podcast you made for Balance?
Who was it that said, “Writing about music is like dancing about architecture”? Pop it on and have a listen. It was compiled in a day in York and mixed in one afternoon in Ibiza. For the track list spotters here’s the playlist…