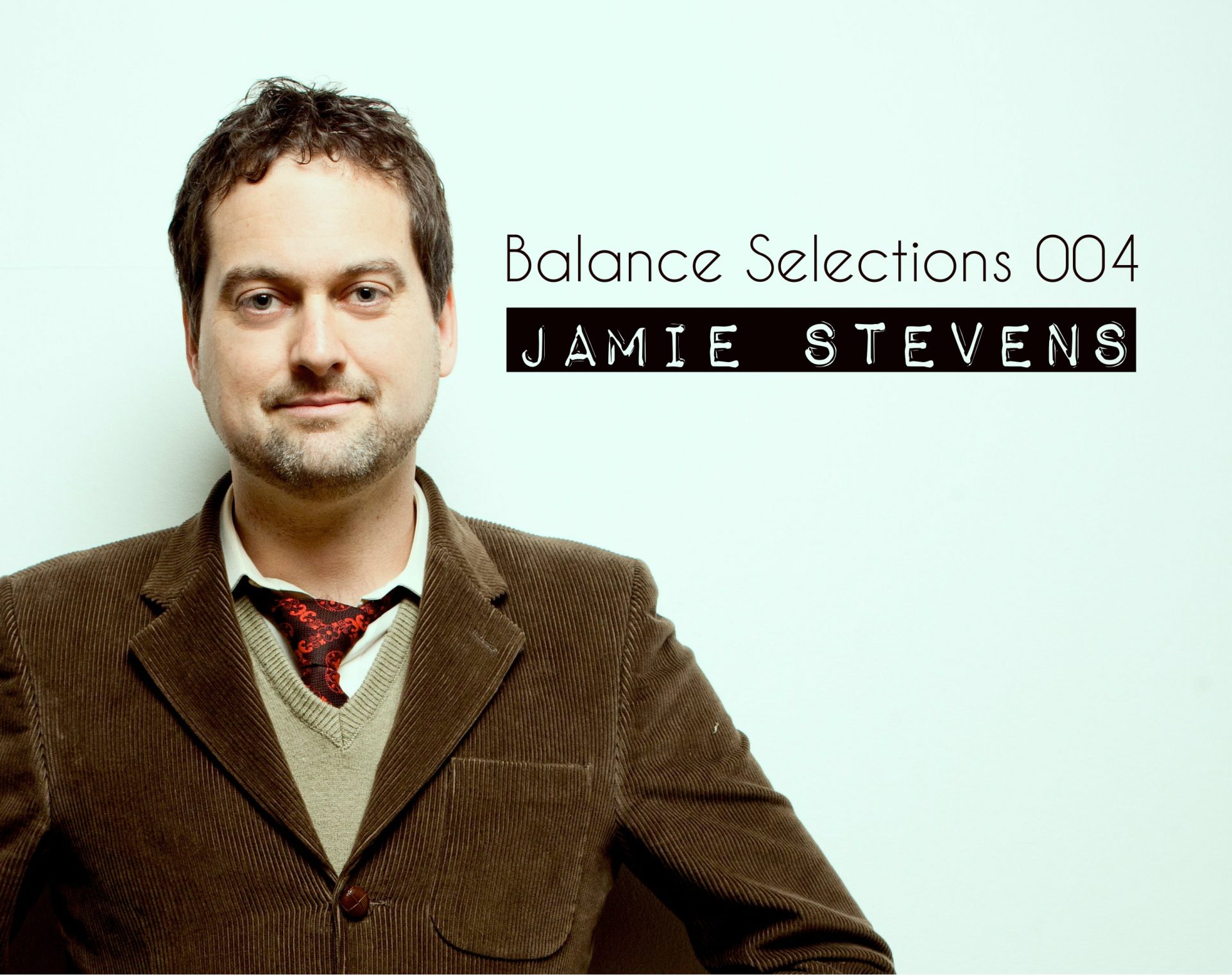 Australia has had its fair share of credible electronic music producers and DJ’s over the years: The creative technical genius of artists like Phil K and Anthony Pappa; the behind-the-scenes tinkering of producers like Josh Abrahams and Andy Page, to the more recent successes of young beatsmith Flume. Many would argue however that one of the more influential and loved acts to come out of Australia would have to be the driving techno/house/breaks/whateverelseyouwanttocallit from 3 piece electronic outfit Infusion – which conveniently segue ways into our next Balance Selections guest: Jamie Stevens.

As the founding member of Infusion, Jamie Stevens has quite the pedigree. In the early to late 2000’s he traveled with the band all around the globe playing the world’s most prestigious clubs and festivals (and we are talking Glastonbury, Coachella and Roskilde among many others) which has given him the opportunity to hone his live performance skills and learn the intricate art of dancefloor mechanics – traits which he meticulously apply to his DJ sets which can range from driving peak time tek to stoned-out warm up slots (check his recent warm up set for Danny Howells in Melbourne).

On the production tip Jamie has really propelled himself forward with a characteristic cinematic, percussive and bass-heavy sound that has seen his tracks find a home on labels like Bedrock, Dieb Audio, Chameleon and microCastle (if you’ve not heard Jamie’s recent microCastle track ‘The Wonder of You’ yet, do yourself a favour and listen to it now. Just don’t blame us when you melt away after hearing it). His instantly recognizable remixes created for the likes of Hernan Cattaneo, Booka Shade, D.Ramirez, Cid Inc and Antix amongst a host of others have been no stranger to praise and support from the biggest names in the industry: Sasha, Laurent Garnier, D-Nox, Adam Beyer, Danny Howells and Secret Cinema.

We can’t be more excited to have Jamie on board for a Balance Selections podcast and man, did he deliver. One look at the tracklisting below will tell you that he has bought himself the biggest musical spade he could find for some proper crate digging. As Jamie puts it: “I just chose tracks that told a story all together rather than just new tunes or one particular feel: electronica, 50s computer music, berlin techno, Krautrock, progginess… Haha!”  That might sound like hyperbole but he is spot on with that description as there is no specific sound happening here (that said, there is an underlying theme connecting all of the tracks). Rather, what you will find here is a collection of interesting tracks that is far more than the sum of its parts – and isn’t that the hallmark of all great mixes? Enough already. Familiarise yourself with Jamie though the Q+A below, then switch of the lights, power down your phone, put on the headphones and press play. As the famous line by British actor Geoffrey Sumner goes: “This is a journey into sound!”

What music did you listen too as a child?
A lot of soundtracks and instrumental music. But I was always around music as my parents are big music lovers too. I never really understood pop music though until my mid teens.

When was the first time that you realized that you liked electronic music?
When I heard music on our Commodore 64 and I started making my own. But outside of the computer, it was my older sister’s 12”s of people like Duran Duran, crazy sound effects and synths. Sounds that weren’t of the physical world, so to speak, blew me away!

When was the first time you saw a DJ in a club?
That’s a tough one. I think it must have been with my older sister to see a friend of ours DJ in Wollongong where I grew up. I can’t remember what was playing exactly but would have been New Order remixes, stuff like S’Express, Pump Up The Volume, tunes like that. The first ‘proper’ club I used to attend regularly was at Club 77 in Sydney. Friday nights there cemented my love for house and techno and the amazing DJs that presented it- Simon Caldwell, Phil Smart, Sugar Ray and Ken Cloud.

Which producers/artists/acts inspire you?
Anyone who puts love into their work, no matter what genre or medium. Too many incredible producers and artists out there. People like Matthew Dear, Matthias Meyer, King Unique, Yapacc, Koze, my mate Steve Ward; composers like Steve Reich and Philip Glass; the talent of Aussie up-and-comers like Retza and Chris Walker; the awesome people around me; events like Rainbow Serpent and the Darkbeat and LWP crews, the world of graphic design… It’s an inspiring world.

What was the last album that you downloaded/bought?
“Silence Yourself” by Savages I purchased just the other day. I saw them at Laneway Festival here in Melbourne and they just blew me away. Absolutely loved them!

What is your current production and DJ set up like?
Production-wise I’m still Logic-based but utilising Ableton 9 more and more. I really like the different aspects of both. I re-wire them all the time. Sculpture in Logic Studio remains my workhorse plugin. DJing I use Traktor with an Allen & Heath Xone K2 controller and NI Maschine. Having access to my entire library, running up to 4 decks at once, looping and cutting… it just makes more sense to me in that it feels more like I’m making tunes in the studio, working with layers and filtering. I still enjoy DJing on CDJs for sure but I love Traktor for it’s open-endedness.

What releases do you have on the horizon?
I have a remix for Flow of Pedro Aguiar about to be released, working on a remix for Hugo Ibarra & Uvo from Mexico and a remix of an orchestral and vocal piece for Stripped. There’s also an EP of the amazing winning remixes from the recent remix competition that Change Audio ran which will be out soon… Plus I have a new track called ‘Tribe of the Disco Kings’ coming out on Tulipa with remixes from David K and King Unique. Working on a huge backlog of originals and looking forward to them coming out just as soon as I find homes for them!

Where can we hear you perform?
I’m playing regular gigs for Darkbeat events these days which is loads of fun. Apart from that, just different parties around the place. You can check out my facebook and soundcloud pages for more.

Tell us more about the podcast you made for Balance?
This mix took me a long time to create but the majority of the time was spent trying to find what it was I wanted to say. I love so much music that sometimes when you’re given a very open invitation to make anything you like, it can be very daunting. I had always wanted to open a mix with “The Making of Grief Point” and I think it just grew from there, trawling through my collection finding the tracks that could make up part of the story. And to me, that’s what it became; a bit of a road trip.

The top track in my DJ wallet currently is:
A lot of faves at the moment depending on where I’m playing but Robert Babicz – “Rosegarden” (Of Norway Remix) on Selador and Walker – “Emanation/Renewal” on Buxton are rocking for me.

If I could recommend only one of my tracks for you to listen to it would be:
Haha! Interesting question. The style of tracks are all over the shop but I think maybe my remix of Hernan Cattaneo and Soundexile’s “Japanese Snowbell”? If it has to be an original then I’d have to go with “The Wonder of You”.

If I could recommend only one track for you to listen to it would be:
Well, not so much a ‘track’ as a piece of music. “Music For 18 Musicians” by Steve Reich. Changed my life and if you haven’t heard it then do so and hear where good deep house and electronica likely their cues from.

My favourite Balance compilation is:
I was talking about this to mate just the other day! Tough one but Disc 2 of Desyn’s mix had me bedroom dancing for months. I still have yet to listen to James Holden’s from start to finish though (even though it contains our remix of JFOS’s “Do What You Want”). So many great volumes in the series. Howells’ is quite the masterpiece, isn’t it?! 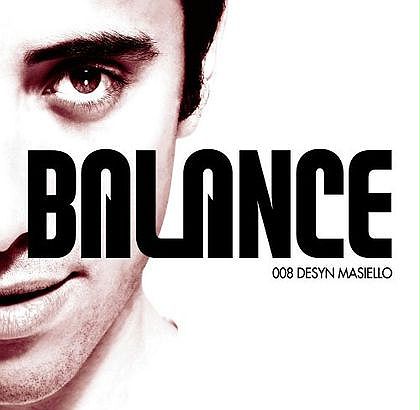 The last movie I watched that I really liked:
I watched “Trance” the other night. Amazing film directed by Danny Boyle, highly recommended and possibly his best since “Trainspotting”!

My favourite TV show:
It’s always been Six Feet Under, but obviously Breaking Bad is up there. Oh, and Robotech ;)

If I could choose anyone to compile a Balance comp it would be:
Michael Mayer or Jimpster 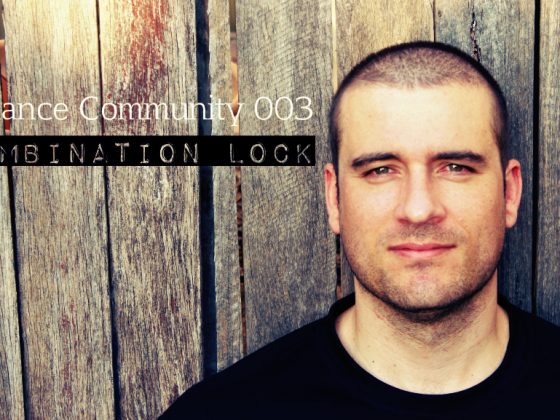