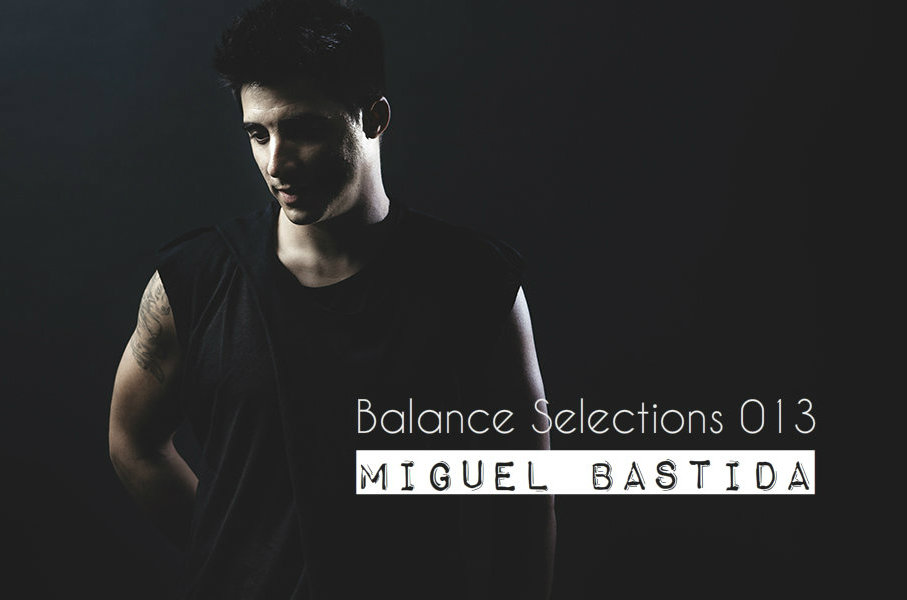 One of the more ear-catching producers to come out of Spain of late has been Barcelona-based Dj/producer Miguel Bastida. His sound is one crafted for the underground: Deep, rolling techno that is as moody as it is groove-based. Check out his productions on labels like Sci+Tec, Toolroom, Bedrock, Trapez and Deeperfect to understand why some of the scene’s biggest hitters all approve of Bastida’s heavy dancefloor gems (Paco Osuna, Dubfire, Riche Hawtin and Umek are just some of those). He also runs the techno label Be One Records which has silently churned out some of the more interesting techno since its 2011 inception. On the eve of his debut Australian tour, the Spaniard has turned in our most driving Balance Selections podcast to date, a collection of techno and tech-house cuts that is meant for the big rooms, all crafted together in a live recording which showcase his DJ skills with fx and smooth transitions…

Labels affiliated with:
Suara, Be One, Sci-tec, Noir, Bedrock

What music did you listen too as a child?
A lot of rock and pop! I remember my parents had a turntable and I listened to a lot of classic pop and rock vinyls on it.

When was the first time that you realized that you liked electronic music?
I remember when I was 10 or 11 years old I was with my cousins in the car and we listened to a set of big DJs from Industrial Copera (a big club in Granada when I was young).

When was the first time you saw a DJ in a club?
My first time was in a local club and I remember it so clear. It was a Sunday evening and I went there with my father to take something. There I had my first real experience with a live DJ mixing. Unfortunately this DJ passed away, but I had a lot of years learning with him, I’m so thankful about everything that he taught me. Love JD

What was the last album that you downloaded/bought?
I thing it was from Gaiser, his last album with Minus. I’ve been a fan of Gaiser for years now – back when I was still making minimal! It wa sa great to hear his style after such a long time. I really loved it!

What is your current production and DJ set up like?
My studio basically consist of software: Logic and little bit of Ableton and some midi controllers. I’m wishing to have a little more time to check some good analogue stuff in the near future. When I DJ I like to return to the real mix, and currently I play with 3CDJs and a mixer to play with loops and vocals (and many more) to emulate the classic 2 decks mix.

What releases do you have on the horizon?
I’m currnetly working on some good collaborations with Stefano Nofereini and Wade; also working in some new tracks for Snatch Records and Tronic Music

Where can we hear you perform?
Currently I’m in India to start The Evolution Tour in Asia and Oceania. We have 14 gigs in only one month and it will be crazy. I’m so excited about because I’m also collecting  music at every gig from local producers in the different cities. The music will be released on my label Be One Records titled. “Evolution VA” – music collected around the world. (Watch out for Miguel’s’ Melbourne debut performance: www.facebook.com/events/1637834086497512)

Tell us more about the podcast you made for Balance?
I was recording it at home with my laptop and include some new demos from Be One, and also a track from my Withness EP (which is currently on Top 3 Beatport’s tech-house chart). I’ve also included some promos from some really nice upcoming talents. I hope you like it!
My Recommendations

The top track in my DJ wallet currently is:
Dj Vivona – You Are (Wade Remix) [Promo]
If I could recommend only one of my tracks for you to listen to it would be:
Soul Reactions

If I could recommend only one track for you to listen to it would be:
Something from Metallica

My favourite Balance compilation is:
Too much good stuff to choose only one

The last movie I watched that I really liked:
Interstellar

If I could choose anyone to compile a Balance comp it would be:
There are a lot of great artists but maybe Dubfire

Jeff Mills – Woman in the Moon