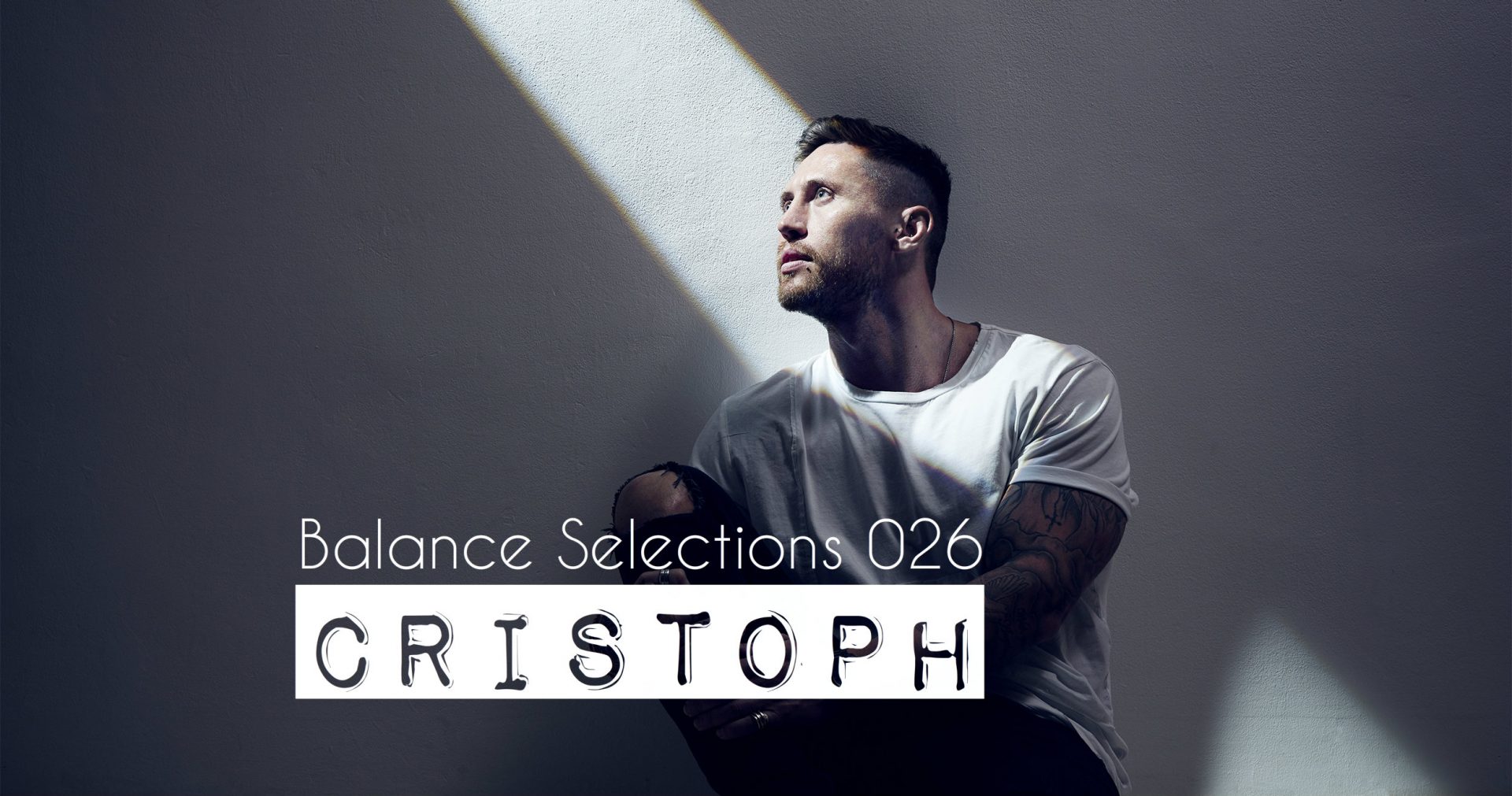 An artist who has been going from strength to strength over the last year has been Newcastle’s Cristoph. With productions that are always epic-filled tech workouts (with a healthy nod to the past), it’s no surprise that his music is getting rinsed from a wide selection of DJs which include Hot Since 82, Leftwing & Kody and everyone in between. The considerable amount of time spent sharpening his mixing and production skills has definitely started to reap rewards, and DJ bookings have been coming in thick and fast in across the globe. 2016 has already been a massive year for the Geordie with key signings in the form of his immense ‘Genesis’ EP with Adam Beyer’s Truesoul imprint, and ‘Divvina’ with VIVa MUSiC. There really is no doubting Cristoph’s talent and technical skill, and his Balance Selection mix is filled with the sort of moments that will demand repeated plays.

What music did you listen to as a child?
When I grew up there was all sorts of music being played in my house. My dad would listen to Motown and Northern Soul, my mam was a fan of the likes of Simply Red, Michael McDonald etc, my sister was into her bands like the Stone Roses and Oasis along with The Beatles. However it was my brothers music which will got my attention. He would play music day and night on his decks all from the Chicago House and Detroit Techno spectrum along with more electronic music from the 80’s and I would sit there for hours watching him play. I was never allowed on his decks though. None of my direct family were musicians but both my Dad and Brother were DJ’s.

When was the first time that you realised that you liked electronic music?
I think I was round about 8 or 9 when i actually realised it was becoming more of an obsession rather than just actually liking and enjoying House and Techno. My brother gave me a mix he had recorded and I literally didn’t listen to anything else. I remember it having the likes of ‘Boomshanka – Take My Love’, ‘Sabrina Johnston – Satisfy My Love (Johnny Boy’s Monday Full-On Remix)’ and ‘This Old House’ by Tech-Nique on, I couldn’t get enough of this mix. I would sit in class at school and sneakily listen to it with the headphone down my shirt sleeve and would rest my palm on my ear, listening to it on repeat.

When was the first time you saw a DJ in a club?
I remember seeing the likes of Sasha, John Digweed, Erick Morillo and Satoshi Tomie at a night called ‘Shindig’ back home in Newcastle and their music blew me away. Every week my brother and sister would take me down and basically sneak me in as I was under age. They had 2 residents Scott Bradford and Scooby who were exceptional – Scott still plays today and is hands down one of the best DJ’s I have seen. I would love to know where he gets his music from. Soon after this I remember seeing Masters At Work at Southport Weekender, they played on 6 decks and 2 mixers an experience I will never ever forget, it really was unbelievable.

Which producers/artists/acts inspire you?
I’m a massive fan of Sasha and Digweed, the music they play is completely up my street. On top of these I love Hot Since 82’s productions and his sets and also Solomun. I love going to see Eric Prydz aswell, even though I don’t support a lot of his music I’m still a big fan. I also love watching David August play live, he’s an unbelievable talent. As you can tell from the list I’m a fan of the more progressive/melodic sounds.

What was the last album that you downloaded/bought?
Simply Red 25 – The Greatest Hits. I bought this to listen to on my recent tour of South America after my Mam recommended it to me. I enjoy listening to music which is quite nostalgic to me, more often music which reminds me of my childhood.

What is your current production and DJ set up like?
Production wise the studio is in my house and I use Ableton as my DAW. I have both Mackie HR824 and Yamaha HS8 monitor speakers with a SM Pro M-Patch2 so i can easily flick between the two. My audio interface is a Focusrite Saffire Pro 40. Hardware wise I have the Moog Sub 37, Korg MS20 mini, MicroKorg and Roland TR8. Software I have a load but I mainly use the likes of Omnisphere 2 by Spectrasonics and Native Instruments Komplete 10.

What releases do you have on the horizon?
I have recently finished up a conceptual album project called 8-track for Hot Since 82’s Knee Deep In Sound label. It’s been an absolute honour to create the first one of these for the label. It’s basically a mini set all of my own productions where I try to take the listener on a journey through the dark, melodic, driving sounds which are associated with my productions and Dj sets. On top of this I’v been making a few personal edits for my sets, just to make them a little different.

Now I’m back to making original’s for labels like Truesoul and others which will be labels I’m working with for the first time. I try to make music every time I’m home so I can continue to learn new things and it also keeps me focused. I set myself a lot of targets and if I find myself slacking I’m really hard on myself. Working in  this industry is all I’ve ever dreamed of.

Where can we hear you perform?
I have a few gigs around the UK coming up including The Egg, London on July 22nd followed by Space’s birthday over in Ibiza on July 24th. I’m also over on the White Isle for the closing party for Knee Deep In Sound a little after on 5th August at Pacha. Other than that I’m around Europe and then across to America at the beginning of September.

I don’t hold a residency anywhere but it would be something I would be willing to consider. As for regular podcasts I prefer to guest mixes at the moment.

Tell us more about the podcast you made for Balance?
The mix for you guys was recorded on the decks in my studio. As with all my mixes/sets I try to take the listeners on a journey and not just sticking in one genre. A lot of the tracks are new ones I have recently been sent or bought. There’s also 2 tracks from my Knee Deep In Sound 8-track project called ‘Alone’ and ‘Closer’ and a new one which I have yet to name on there.

The top track in my DJ wallet currently is:
There’s so many haha. I really like Monika Kruse – Highway No.4 (Skober Remix)

If I could recommend only one of my tracks for you to listen to it would be:
Probably one off 8-track, but because that’s not available yet  I’l say Big H as its named after my Dad or Divvina. It seems to be working really well in Ibiza at the moment.

If I could recommend only one track for you to listen to it would be:
When I’m chilling I love listening to Michael McDonald & Patti LaBelle – On My Own. It’s a track written and produced by Bert Bacharach. I’m obsessed with it. No idea why, just hooked on their vocals I think.

My favourite Balance compilation is:
Such a difficult choice but I loved Guy J’s mix and also Hernan Cattaneo’s and Nic Fanciulli’s.

The last movie I watched that I really liked:
Straight Outta Compton

If I could choose anyone to compile a Balance comp it would be:
Myself haha. Other than that Solomun, or Scott Bradford. 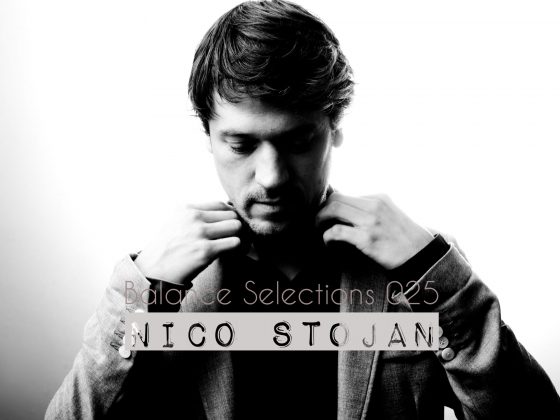 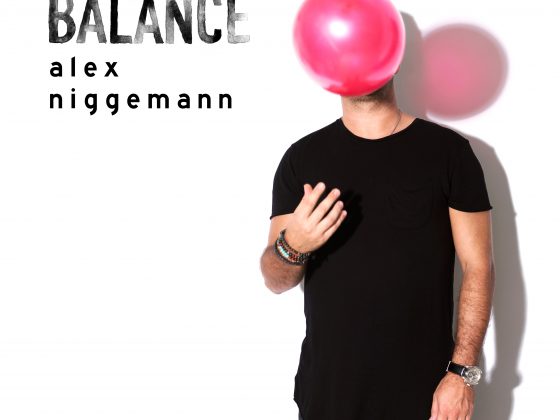