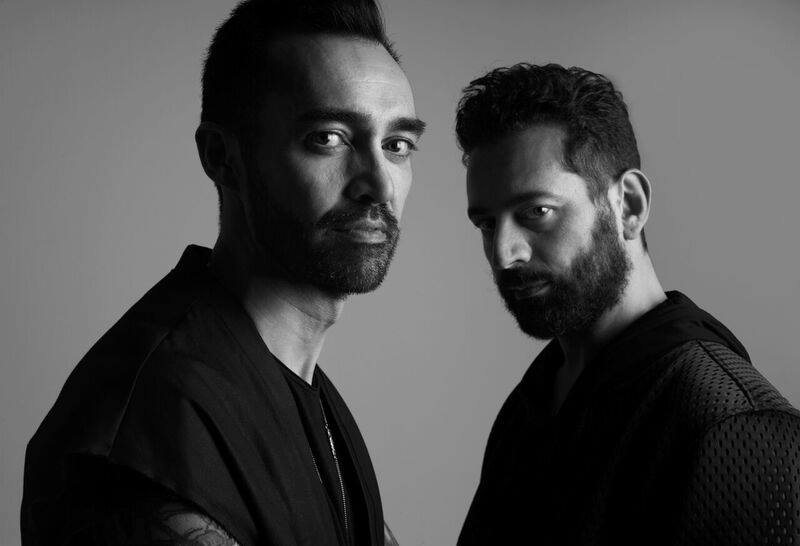 With 13 years behind them as a creative partnership Anthony Middleton and Luca Saporito AKA Audiofly have accumulated unparalleled experience through their endeavours and continue to put everything into maintaining their careers at the highest level. After a chance meeting in 2002, the two men have established a creative empire, which includes two record labels, a global party brand and fashion. The first label, Supernature, serves as a platform to represent both their musical vision and their ability to discover and nurture new talent, while Maison D’Etre is evolving into a vinyl-only platform, embodying the more traditional aspects of Audiofly’s ethos, On top of that, their party, Flying Circus, remains the jewel in the crown at many of the world’s biggest music events; WMC, Sonar Week, ADE and more, with a firm emphasis on quality over quantity. They manage to create and find the sort of tracks which force you to dance and pay attention to the finer details. If there is one superlative which consistently run through Audiofly’s discography, it is the word ‘deep, and with tracks from Dorisburg, Doubtingthomas, Kassem Mosse and more, you can expect more depth on their Balance Selections podcast…

(Anthony): Thin Lizzy, Django Reinhardt, Howling T Wolf, Pink Floyd, Eurythmics, Speeches Mode, Classical, Irish & Philipino Folk music all the way through to Rick Astley (don’t ask me why!) I was lucky enough to be allowed to swim in music from when I was very young. I used to hide behind the sofa and watch Top of the Pops when I was supposed to be in bed and I used to borrow my dad’s headphones so I could keep listening when the lights went out. My mum and sisters were also huge Broadway musical fans and I’m pretty sure I could still do a good sing along with anybody who feel like doing a rendition of something from Cats!

(Luca): My very first encounter with music was in the summer time of pre teen years in Sicily, sitting in my dad’s car and listening to the radio or my dad’s tapes.  I was simultaneously pretending to drive and discovering my passion for music. Dance music was completely unknown to me then but i was already appreciating more international music than my parents Italian tapes. From an early age I knew I didn’t like Italian music much. I was already attracted by international artists like Guns’n’Roses or Metallica by the age of 9. Stuff that was playing on the radio or you could watch on MTV as it was rare to hear anything experimental at the time in my hometown.

My real love for music came when i discovered a tape that a friend who used to live abroad played for me and it really felt different than any other sounds i heard previously. It was a recording of a DJ set by Justin Berkmann and i was instantly hooked by the repetitive rhythms and  unheard before grooves. That was my very first introduction to dance music.  My mind was blown to pieces after that experience so i started looking for ways to hear more of it. You must realise that where i came from, electronic music was hard to come by so it was a real challenge to find anything of the sort. Nobody of my age was listening to it. Until i found out that in the capital city of my state there was a shop that sold this type of music. I still remember the excitement of going there for the first time. With my dad as my partner :-)))).

(Anthony): First time was when I went to this cheesy club in my early teens in Basingstoke, UK. Sneaked in slightly under age and had the best time chatting up the other sex and pretending I could dance to the sound of Lil Louis ‘French Kiss‘. I actually got the girl that night although I have no idea who the dj was.

(Luca): While I visited my first music store, I discovered from a guy working there that there was a specific radio stations from the north of Italy that was dedicating some of their air time to underground electronic music in the evening. It was Radio Italia Network. I went totally OCD every night recording different tapes that would have sets from all the big DJs of that time in Italy: Claudio Coccoluto, Ricky Montanari, Jacobucci and some internationals like Frankie Knuckles and MAW.

Between programs they were also advertising local club nights and for a while i could only dream to go as i was underage. When i finally reached 16yo i convinced an older friend to go to a club where Ricky Montanari was playing. It truly felt like i finally found my own paradise. The loud system and hundreds of kids dancing in unison was something like going into another dimension. That was absolutely monumental for me. A real eye opener which got me totally hooked to dance music culture and gave me something to be passionated about.

(Anthony): I find inspiration all over the place. I can sit behind Martin Buttrich all day just mesmerised by his detailed studio workflow. I love watching Guti do his thing. A more organic study in making dance music, one which doesn’t seek an ending but just follows where the music leads. And I’m a great fan of all those hands on types and I’m constantly inspired by how many ways of “getting there” there are. In a more general sense I’m very lucky to live in a musically minded city with professional musicians playing on every corner. From opera to ethnic, from break dance to Tango, Barcelona is fully inspiring.

Man, I even find inspiration in the guy blowing giant detergent bubbles on the street for the kids.

(Luca): I tend to be inspired more by situations than by artists, generally speaking. Say, i end up going somewhere after my gig and the music is consistently good then i get home fully inspired and i cannot wait to make music. But obviously there are tons of artists and DJs out there who consistently rock my socks off, be it Damian Lazarus in one of his legendary sets or James Blake whom i saw in concert and blew my head off. I am also very inspired by nature. I spend as much time as i can in places away from crowds and that truly re-energizes and inspires me. And funnily enough silence can be my bigger inspiration too. A day of silence is golden in this business.

(Anthony): I buy an album every other day. This week alone I bought the Steve Hauschild album from 2015 “Where all is Fled“, re-downloaded Henryk Gorecki’s “Symphony of Sorrowful Songs” and the last thing I downloaded was A Tribe Called Quest‘s ‘We’ve Got It From Here Thanks 4 Your Service’.

(Luca): Radiohead‘s new album is divine. I just bought tickets to see them in concert in Florence in June next year and i literally can’t wait. You just asked about inspirations right? Well, Thom Yorke is such an inspiration, but ultimately he’s the only one with a voice like that so fuck it. Back to the drawing board.

We have two studios. The one i currently use in my home is really quite basic but does the job really well: i use a pair of Dynaudio BM6A , a Focusrite Scarlet 18i8 soundcard linked to a midisport for extra midi channels,  a Rodec Sherman filter unit, a Korg MS2000 rack, a tempest drum machine, a JU-06 and a TR-8 both from Roland. That’s the hardware part. As DAW we switch between Logic and Ableton but, as my Apple machine is quite old, i still use previous versions of it. I tend to use Ableton a lot more these days as it’s a lot more immediate than logic even though the over all sound and possibilities are far superior on logic.

Our DJ set up consists of two Mac book pro and Traktor linked to two CDJ2000 Nexus through USB cables. It allows us to play b2b seamlessly throughout the night using all for channels on the mixer (Rane MP2016). Pretty simple set up, but for the music we play it is absolutely perfect so far.

We have a great remix for Eagles & Butterflies which should see the light of day early next year. A collaboration with Martin Buttrich that will be part of his upcoming album, a two track EP we just finished which will probably come out on our own Flying Circus label next year. And last but not least, a collaboration we just finished with Patrice Baumel which is just immense. Proper big festival track.

(Luca): As i write this interview, Anthony has abandoned me in Barcelona while he spends most of winter time in Mexico, so i will be playing some solo gigs until the 31st of December where we will meet again to celebrate the incoming year at our annual Flying Circus party in Playa del Carmen. Before then i will be in Switzerland, Dubai, Beirut Berlin and then two weeks off during christmas to spend time with the family. All of January will be Central/South America with dates in Mexico, Argentina, Punta de l’este and Chile. It’s as gruelling as it is fun.

We’ve selected tracks collectively for months before we started the mix. Each of us put two/three special tracks in a folder and when the time came to mix the podcast, we selected the ones that truly spoke to us and simply went with the flow. No big idea behind it really. Just a solid representation of what we are about musically. We used Traktor and the Native Instrument S8 to mix it all together in one take. No post productions and no edits. When we finished, it felt quite right. We’re very happy with the end results. 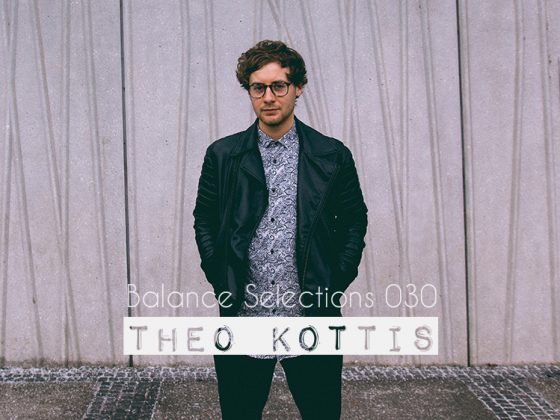 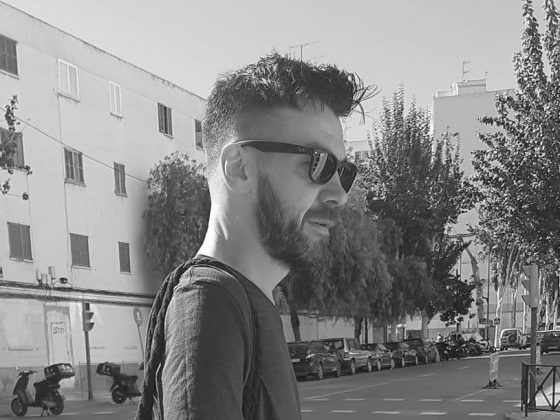