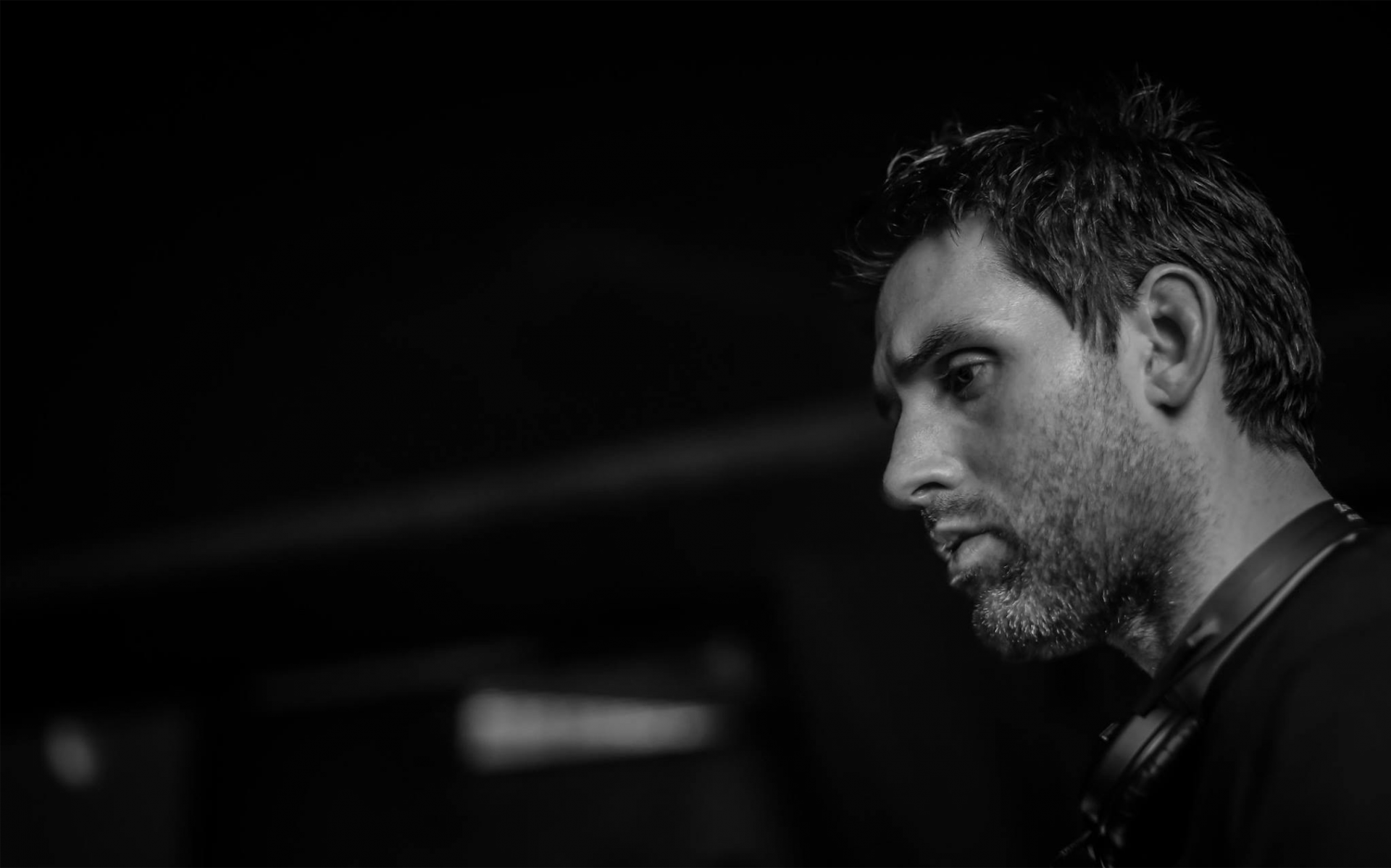 Over the last 10 years Stelios Vassiloudis has released music under various monikers and aliases for labels such as Bedrock, Poker Flat and Audiomatique. Not only has he received support form high profile labels,  but some of his most vocal supporters over the years have been luminaries such as Sasha, Josh Wink, Laurent Garnier and Steve Bug. A notable achievement in recent years for Vassiloudis was the release of his debut album on John Digweed’s esteemed Bedrock imprint. Released to critical acclaim in late 2011, ‘It Is What It Is‘ spanned across 2 discs of original compositions, and set the global stage for Stelios as an artist with a very unique production style.

On his mix for Balance, the Greek producer has opted for a very upfront selection of tracks from artists such as Dauwd, Recondite, dubspeeka and more. No doubt this one will have you coming back for more…


What music did you listen to as a child?
Neither of my parents are musicians but both are huge music fans and collectively own a sizeable and diverse record collection, which was the source of my earliest musical stimuli. My mother, as I am told, was partial to the notion of the “Mozart effect” so I got bombarded with a considerable amount of classical music early on while my dad is a little more on the rock tip; I got into Pink Floyd, The Rolling Stones and The Beatles from him. My taste was, expectedly, refined as I got older but as far as formative influences go, these were pretty defining and have remained relevant to this day.

When was the first time that you realized that you liked electronic music?
My introduction to electronic music was via Jean Michel Jarre’s ‘Equinoxe’, a copy of which my parents had and tried to turn me on to when I was a kid. Unfortunately, I was way too into loud guitars and pounding drum kits in order to appreciate it; I guess synthesizers just seemed a lot less cool to me! Similarly, when I was a little older, I remember going over to Vangelis’ house in Athens (he was a family friend) messing around in his studio and checking out his music. To my everlasting shame, I must admit that during my narrow minded, rebellious adolescent years and despite his overwhelming successes composing and scoring films, he sadly did not fit in to the punk rock world I was cultivating.

I eventually “got” electronic music in college, in the late 90’s. I felt an aesthetic connection between the independent/alternative music I was listening to at the time and the electronic stuff I discovered in record shops in London such as Rough Trade and Selectadisc which, in my mind, was far more interesting and authentic than the music being played in clubs and through mainstream outlets. I got into everything from MoWax, Ninja Tunes and Metalheadz to ~scape and DIN. Conversely, it took a while for me to appreciate straight up “dance” tracks, because I didn’t get to experience them properly in their intended setting, as clubs really weren’t my kind of thing.

When was the first time you saw a DJ in a club?
Up until my first visit to Fabric in 2000, I had checked out relatively few clubs but none that particularly resonated with me in a big way. I didn’t really care for the faux-glamor vibe that some of them seemed to imbue and honestly couldn’t understand the hoopla about somebody playing hit records in a sequence. Fabric seemed, in many ways, the antithesis of this. I still don’t fully understand what was any different about my first visit or why the night left such a lasting impression on me, but I was hooked. I suppose it was a combination of the (intelligent) music Craig Richards was playing, the unpretentiousness of the environment and the high quality of the sound system that made me respond. Reflecting on that experience now, I’m pretty sure that’s also when the shift in my perception from clubber to performer occurred – I was totally focused on the music and the programming as opposed to numerous other potential distractions.

Which producers/artists/acts inspire you?
The overwhelming majority of music I listen to isn’t really electronic at all; I can easily go from Stan Getz to Fugazi with stops at David Bowie or the Beastie Boys during a good shuffle. I’ve spent such a big part of my life studying music and playing instruments that I can draw inspiration from a wide variety of composers or performers regardless of whether or not they write or play music that has tangible connections to my own. That being said, artists that I feel directly influence my productions and DJing are Boards of Canada, Martin Buttrich, Mike Dehnert, Danny Howells, Tycho, Massive Attack, Satoshi Tomiie, Arovane, Sasha and Ryuichi Sakamoto.

What was the last album that you downloaded/bought?
The last album I bought was ‘Horizon’ by Christopher Willits. I love his music and I’m a huge fan of Ghostly International.

What is your current production and DJ set up like?
I produce on a simple and efficient Logic-centered system. While I do use hardware here and there, my go-to instrument of choice is Native Instruments’ ‘Maschine’ – I love that thing. I’m planning on incorporating it into my live shows as well so as to be able to distinguish them from DJ sets. I use Traktor for those, using X1 and Z1 controllers. I learned how to play records using vinyl and CDJs (later on) but I have yet to properly experiment with a strictly MP3/USB setup.

What releases do you have on the horizon?
I have an EP coming up in July on Selador that I’m really excited about. It includes remixes by Quivver and Olderic, both of whose work I love and I’m really proud of how the package has turned out. That will be followed by a few new productions of mine on Bedrock’s ‘Frequencies’ CD compilation. Those will precede my next EP for the label, which is the third in a series I started last year. In the longer run, I’m looking forward to focusing my attention on the serially procrastinated project that is my new album.

Where can we hear you perform?
This summer is a mixed bag. I’ll be doing a few nice shows at home in Greece with a few standout stints in South and North America in July and August, respectively. Unfortunately, I don’t have a residency here in Athens, as I am not involved in the scene as much as I would like. As far as my recorded mixes are concerned, I tend to regularly share promo/radio mixes on my Soundcloud and Mixcloud pages.

Tell us more about the podcast you made for Balance?
I make all my mixes live, playing on the same setup as I use when I gig. A few years ago, I would have most likely sat down and sequenced everything in the studio but I feel that with the technology that is now available and an adequate amount of preparation in programming, one can get comparable results while adding some of the immediacy and character of a live performance. The preparation was the more arduous of the two tasks and it took me about a week or two to complete; whereas the mix was pretty much good to go in a few takes!

If I could recommend only one of my tracks for you to listen to it would be:
Probably ‘I Burn Like’ from my first album on Bedrock. It’s got a nice blend of electronic and natural instrumentation and is a not-so-subtle nod to some of my more prominent influences.

If I could recommend only one track for you to listen to it would be:
This is a seriously expansive question but if we’re talking electronic music I think I’d say Bedrock’s ‘Forge’ is a near perfect, timeless and underrated choice.

My favourite Balance compilation is:
It’s a tie between James Holden and Chris Fortier, for me. The former truly defined a certain sound and era for me and holds a really special place in my heart, whereas Chris’ effort just blew my mind technically and significantly broadened my understanding of the house music spectrum.

The last movie I watched that I really liked:
Moonlight

My favourite TV show:
The Sopranos is the benchmark for me

If I could choose anyone to compile a Balance comp it would be:
Satoshi Tomiie 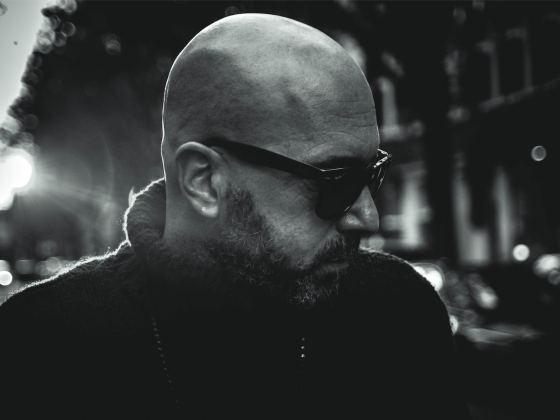 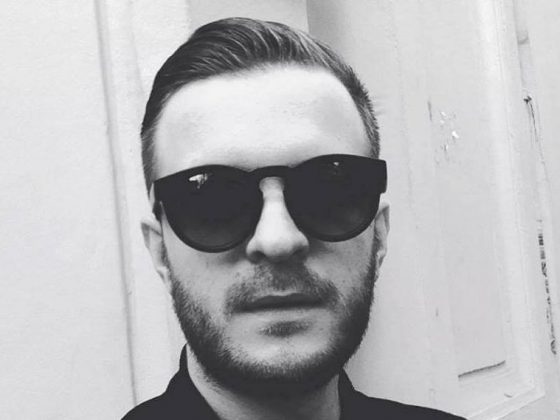