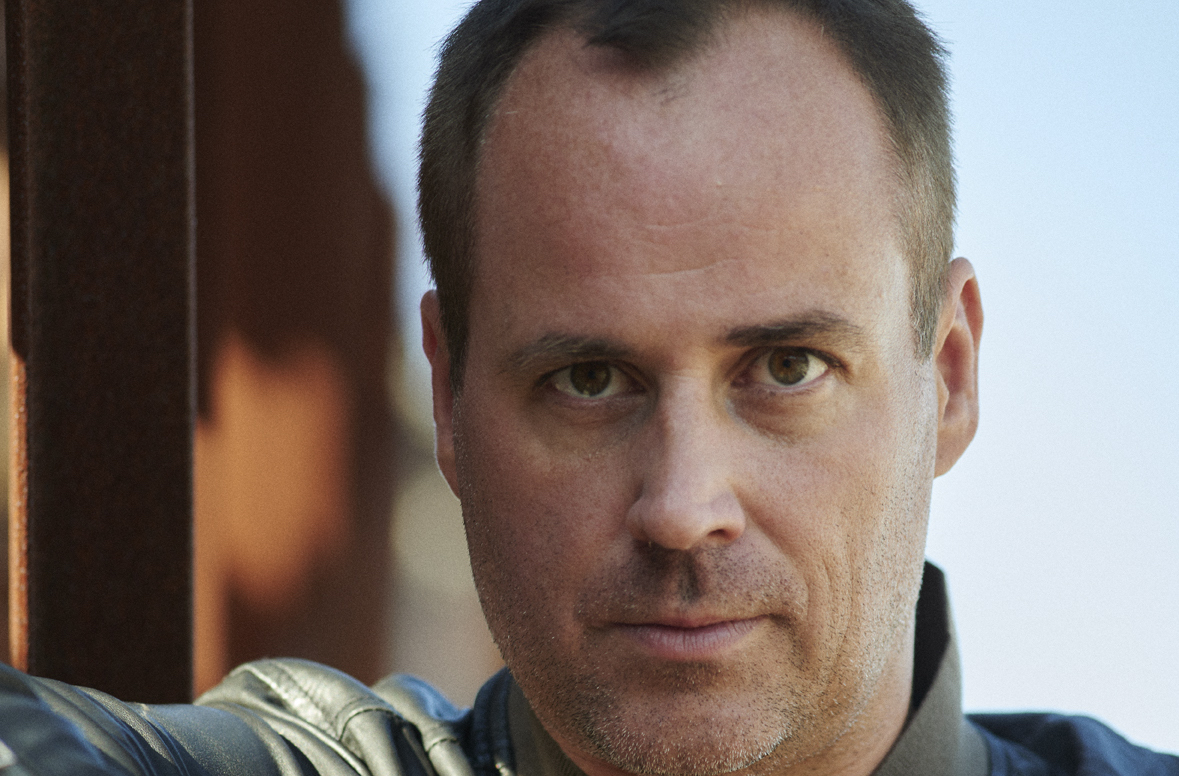 For over a decade now Christian Smith has been at the top of his game, and as one of the world’s leading exponents of techno, he has made his mark as a DJ, producer and label boss. Born in Stockholm, he had his formative years in Frankfurt, after which he spent some time in the USA before moving to Sao Paulo. Currently residing in Palma, Mallorca, you can say that his love for music is on par with his passion for experiencing different cultures, a lust for life which translate into his music and the success of his label, Tronic.

Since 1997 Tronic has been the go-to label for serious techno action, releasing tracks from the likes of Chus & Ceballos, ANNA, Paco Osuna, Loco & Jam, Kaiserdisco, Enrico Sangiuliano, Nick Curly and more. It recently celebrated it’s 200th release too, an impressive feat indeed, and is currently the number two best-selling techno label on Beatport. Tronic will also house his upcoming album which is slated for a release in October, a project which will feature collaborations with Victor Ruiz, Harry Romero, 2pole, Wehbba, Drunken Kong, and John Selway: ‘I am very pleased with the outcome of this project. Its mostly club tracks, but they all fit together nicely’. An enticing prospect indeed.

Considering that majority of Christian’s online mixes are live recordings, we could’t be more happy to finally tease the label boss to create a special studio mix – and he shares the sentiment: ‘It’s very rare that I actually do mixes at home. I tend to use live recordings only, so this was a special one for me.’ On this Balance podcast you will also get to hear some of those unreleased collaborations from the upcoming album, alongside another side to the producer: ‘I prepared a mix that’s still very much me, but also slightly more musical techno.’

What music did you listen too as a child?
When I was around 10 years old I remember my older brother and sister bringing back mix tapes from a local club at the airport called Dorian Gray. This was the club where Sven Vath had his first residency long before he became famous. Those tapes consisted new wave, italo disco, early electro etc. It was the early 80’s and times were very exciting musically as loads of new genres were being created as synthersizers were suddenly used a lot in productions. I listed to these tapes over and over, and when I was old enough, or at least looked old enough to go clubbing at the age of 14 I frequented all these clubs and got sucked in by house music!

When was the first time that you realized that you liked electronic music?
I honestly have no idea as I was exposed to underground club music from a very early age. I remember that Kraftwerk’s “Numbers” track blew me away. Back then so much of the music sounded very futuristic.  Lots of producers made electro music using vocoders that emulated robot voices. I still like electro now.

When was the first time you saw a DJ in a club?
I remember the first time I got into the club ‘Vogue’ in Frankfurt. I tried several times for a few months but as I was just 14 it got rejected most of the time at the door. When I entered the club they played ‘Fade To Grey’ by Visage. That was the start of clubbing for me. The DJ that night happened to be a young Sven Vath who mixes everything from Chicago house to new romantic, and industrial. I became a manic trainspotter and watched the DJ’s work for hours at a time. Now when I have trainspotters, I tell them to go dance instead as I find it a bit cheesy of people to watch me DJ the entire time. But I was one of these kids! I got my first decks at the age of 15, became a DMC battle DJ and practised the art of DJ’ing in my basement for hours every day. I did gigs here and there, and it always was a hobby. But when I attended university I produced a few records that got the attention of Carl Cox, Dave Angel, and Jeff Mills. Then within 6 months I had booking requests all over the world. The rest is history.

Which producers/artists/acts inspire you?
I really appreciate early 80’s funk, soul, and electro. Then later I became obsessed with Chicago house and in 1990 with the tracks like 808 State “Pacific State” and D-Shake “Techno Trance” I gradually got into techno.

What was the last album that you downloaded/bought?
Uff…I am going to be dead honest – I stopped buying albums several years ago when I stopped using CD’s. I use Spotify for my day to day music listening. I love the product and the fact that I can stream pretty much anything, anywhere, at any time. Some of my favourite albums are: Grace Jones “Nightclubbing”, Prince “Purple Rain”, Santana “Abraxas”, Massive Attack “Massive”, Seal “Seal”, Newcleus “Jam on Revenge”, The Doors “The Doors”, Frankie Goes To Hollywood “Welcome To The Pleasuredome”, Tears For Fears, Sade, Metallica…..I could on and on…and ON!

What is your current production and DJ set up like?
I use both software and hardware. I started making music long before the ‘in the box’ approach was possible. I do appreciate the advancements in technology, and love the fact that so many emulations and the hardware equipment are very good. But for some real warmth you can’t be original hardware synths. I really like the mini moog for its versatility. I also like the Oberheim Two Voice, Roland SH101.

What releases do you have on the horizon?
I always keep very busy. I do around 100 gigs a year, run my Tronic label, have my weekly Tronic radio show, and have a family. For me it’s all about balance. Sometimes it’s tough. For example, right now my wife is waiting for me because she wants to go to the beach with our kids, but I could have worse problems.

On the production front, I have an album coming out in October on Tronic which consists of only collaborations that I made while on tour. I collaborated with Victor Ruiz, Harry Romero, 2plole, Wehbba, Drunken Kong, and John Selway. I am very pleased with the outcome of this project. Its mostly club tracks, but they all fit together nicely. Other than that I have another single coming out in December on Drumcode. And ill be touring all over from Australia, to North and South America, and of course Europe. I am also doing a bunch of Tronic showcase events. I just had one with Ultra Resistance at Privilege in Ibiza, which was a lot of fun. Doing around 20-30 of those events a year going into 2018, so this keeps me busy as well. I have one weekend off before I go to OZ this September and am really looking forward to it. All this touring can get a bit out of hand and its important to have some quality downtime as well.

Where can we hear you perform?
I have been touring like a mad man for a long time now and no stopping in sight. I am very grateful to be doing what I love for a living. The best way to hear my music is through my weekly Tronic radio show. Its syndicated all over on radio stations and also on Soundcloud, Mixcloud, and iTunes. But of course, you can catch me in any of the above mentioned regions overs the next few months, and check my FB page for complet tour listings too.

Tell us more about the podcast you made for Balance?
I have been following the Balance Series for a long time. So I prepared a mix that’s still very much me, but also slightly more musical techno. I also find that for mixes it’s more fun to listen to the musical tracks of the banging ones that I play at my gigs. This mix features a bunch of unreleased tracks including some of the collabs I did for my upcoming album. It’s very rare that I actually do mixes at home. I tend to use live recordings only, so this was a special one for me. I am very happy with the outcome, and hope you like it as well ☺

The top track in my DJ wallet currently is:
Christian Smith and 2pole – ‘Wind’

The last movie I watched that I really liked:
Arrival

If I could choose anyone to compile a Balance comp it would be:
2pole or Wehbba 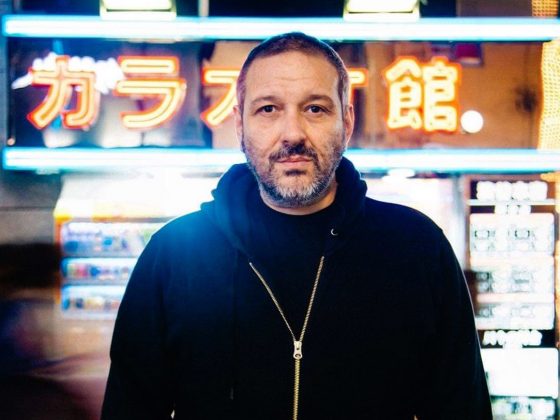 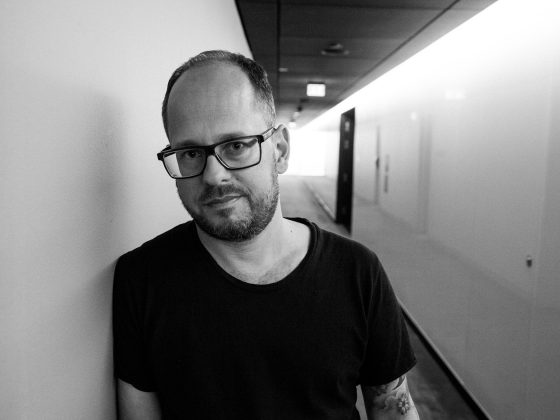