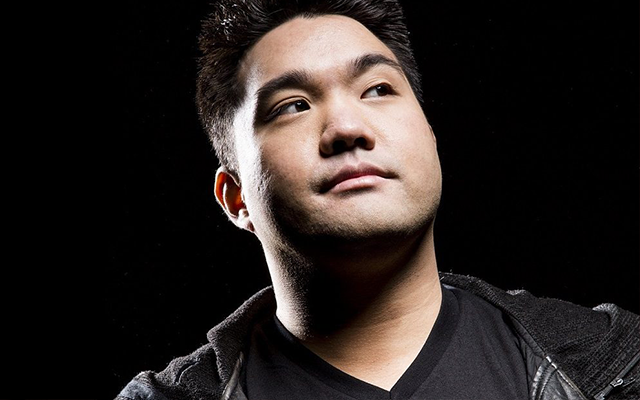 Originally from Chicago and now based in Berlin, Darin is undoubtedly one of the most reliable artists within the progressive scene, a fact that has been displayed in his offering to Balance. Dominating music and life in general, Darin has played at venues and festivals all over the globe and signed his work to the likes of Warung Records, Einmusika and his own imprint Perspectives Digital. To put the cherry on top, his work was also recently remixed by scene legend Sébastian Léger.

In preparation for the podcast Darin spent weeks on end listening to thousands to tracks in order to deliver the perfect result, he also wrote three new originals exclusively for the mix – two of which made the final cut.

What music did you listen to as a child?
I started studying classical music at the age of 4. Before I was hooked on electronic music, my main passion was alternative rock. Grunge bands (Nirvana, Pearl Jam, Smashing Pumpkins, Soundgarden, etc.) were ruling the airwaves during the 90’s.

When was the first time that you realized that you liked electronic music?
Growing up in Chicago, the birthplace of house music, I was exposed to a lot of house and europop on the radio.  There’s a station called B96 that I believe is still around today. Back then, they would feature their DJ’s on a nightly mixshow. It took literally seconds before I became completely obsessed with DJing and electronic dance music.

Northwestern University’s college radio station WNUR  89.3FM was also hugely influential for me, though I discovered them later in my teenage years. The local DJs were playing a wide assortment of records ranging from drum & bass, euphoric trance, underground house, and banging techno records.  This was my first exposure to names like John Digweed & Nick Muir, Sasha, Ferry Corsten, Paul van Dyk, etc.

When was the first time you saw a DJ in a club?
I was too young to enter any of the clubs in Chicago, so my earliest memories are concerts such as Sasha & Digweed’s Delta Heavy and Moby’s Area:One tour.  I remember being blown away by Paul Oakenfold, Chemical Brothers, Sasha & Digweed at the All State Arena in 2002!

Keep in mind that electronic dance music was still extremely underground at the turn of the century, so this was an unbelievably rare occasion to have three legendary acts in the US performing together.

Which producers/artists/acts inspire you?
My main influences at the start of my career were Paul Oakenfold, Ferry Corsten, and Paul van Dyk.  I also really appreciated British electronic bands during the 90’s such as the Prodigy, Underworld, Orbital, etc.  Later on I discovered progressive house (Sasha, John Digweed, Hernan Cattaneo, Nick Warren, Dave Seaman) through mix CD’s by Global Underground, Renaissance, and of course Balance.

What was the last album that you downloaded/bought?
I’m spending all my available time listening to the hundreds of promos that get sent to me every week, so unfortunately I don’t have as much free time these days to listen to music outside of my work : ). The last CD I can remember purchasing in a store might have been by Delerium.

What is your current production and DJ set up like?
I have some gear back in LA that I wasn’t able to bring over with me to Berlin. At the moment I’m primarily using Native Instruments’ Komplete Kontrol as my MIDI controller and soft synths such as Spectrasonics Omnisphere, Arturia V Collection, Rob Papen Predator and SubBoomBass, u-he Diva, and many more.

As far as DJing goes, I’m using USB sticks because I prefer the more “hands-on” approach to performing. I grew up teaching myself how to spin vinyl records so this is what I feel the most comfortable with.

What releases do you have on the horizon?
I finished three new tracks for my Balance guest mix, so I’m hoping to release them with a big remix in the coming months. I’ve also begun collaborating with Marc DePulse, a great friend of mine from Leipzig. He was one of the first people I met after making the big move to Berlin.

Where can we hear you perform?
My next performances will be in Uruguay, Argentina, Canada, United States, Netherlands, Germany, Pakistan, and Spain. I always post my gigs on BandsInTown and Songkick, so those are the best places to go if you want to view my tour dates.

I also run my Perspectives Radio show (now in its 11th year!), which airs every month on Frisky Radio and Proton Radio.

Tell us more about the podcast you made for Balance?
I spent weeks and weeks listening to thousands of tracks. I completed three new original productions (one didn’t make the cut) in preparation for this mix.

The songs I’ve included are ones that I feel are timeless and can stand the test of time. I tried telling a story with these fourteen tracks and bring the listener with me on a musical journey.

My favourite thing about electronic dance music is its universal and global appeal, and this mix certainly reflects that with music by producers from 4 different continents.

I hope everyone enjoys the mix. It was a real pleasure putting this one together for Balance!

If I could recommend only one of my tracks for you to listen to it would be:
My remix of ‘Auralphase’ by Robert Babicz that I produced in collaboration with Cid Inc.

My favourite Balance compilation is:
Out of the ones I’ve heard, I would consider ‘Balance 009’ by Paolo Mojo to be a masterpiece.

The last movie I watched that I really liked:
I have yet to see ‘Crazy Rich Asians’ since it’s not playing in Berlin, so I guess I’ll have to say ‘Avengers: Infinity War’

If I could choose anyone to compile a Balance comp it would be:
I’d love to hear a full mix album by Sébastien Léger! 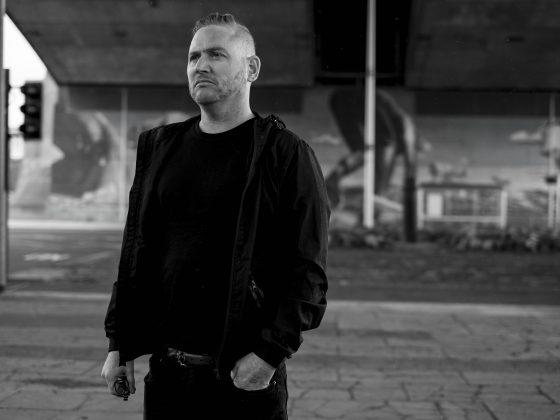