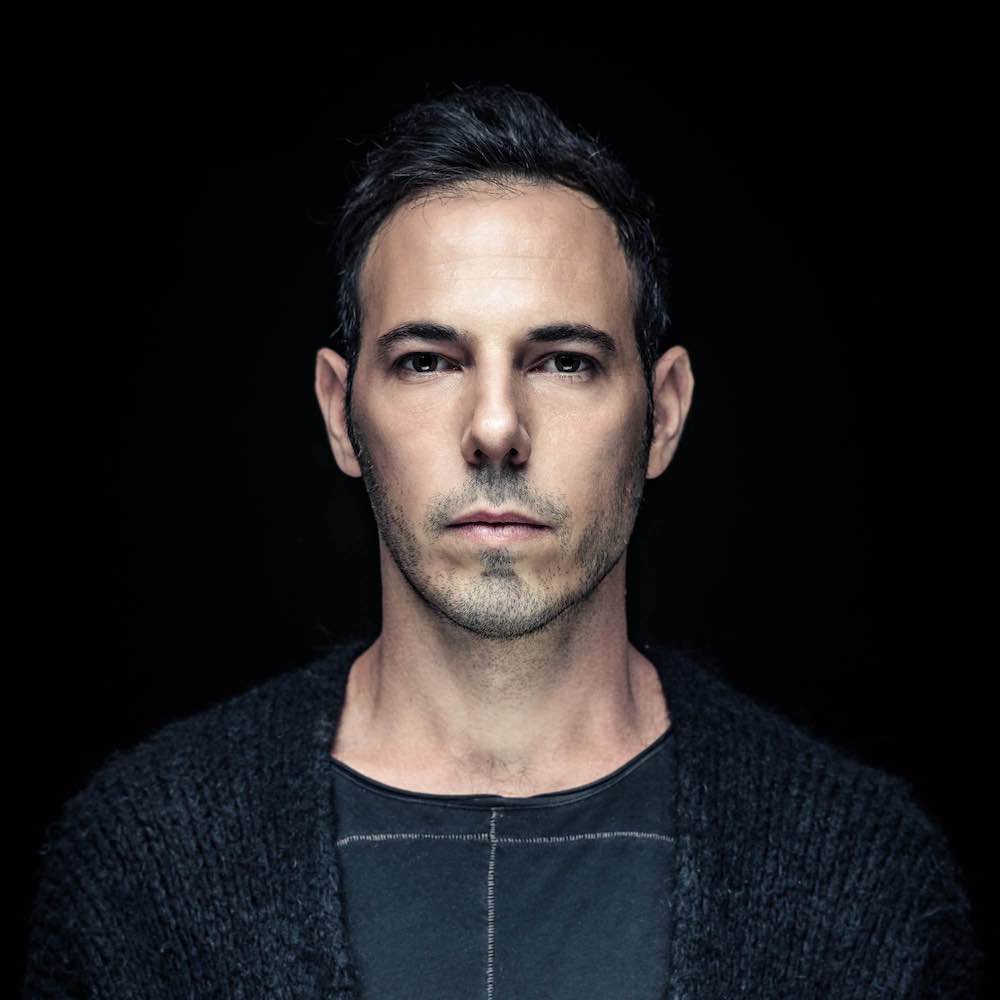 Earlier this year Stereo Underground released his debut album ‘The Art of Silence’, through Balance Music.

He even broke new ground with his custom-built ‘Space Controller’, a unique MIDI device designed to control every aspect of his live performance. All of this has really highlighted just why Stereo Underground is so highly revered in his home country, and the passionate creative also dedicates his time to teaching music production through his popular BPM College.

With his years of experience, this DJ/Producer has crafted a special mix, which will stand the test of time.

What music did you listen too as a child?
I grew in a very musical environment, My father is an audiophile, so we had a great soundsystem, he was listening to lot’s of classic music records, my mom loves french chansons, my big brother is a guitar player who loved heavy metal, & my sister was a keyboard player & listened to synth pop, so that’s my musical DNA.

When was the first time that you realized that you liked electronic music?
I was 12 (1992) ,already had a heavy metal band & was listening to lot’s of psychedelic rock & death metal. One day my big brother brought “The Prodigy – Experience” on a TDK Cassette, and when I listened to those heavy jungle beats, I was blown away!

When was the first time you saw a DJ in a club?
I saw alot of DJ’s in a young age because I’m Jewish, so we have lot’s of Bamitzvas at the age of 13 :). I can’t remember my first clubbing experience, too much cheap vodka I guess.

Which producers/artists/acts inspire you?
I find my inspiration in everything, it can be sunlight on a tree, a cloud or a sound of a train passing. But, if we talking about music so I really love classic music, Erik Satie, Debussy & Arvo part, they all give you lots of space between the notes. As I already mentioned, I’m a big prodigy fan, I saw them 3 times live, I love Bjork, & Chemical Brothers for their endless creativity, and on the other side I use to listen a lot to Pink Floyd, & Metallica.

What was the last album that you downloaded/bought?
I bought the latest album of Bjork – Utopia on 180g Vinyl. I always love to see how Bjork expand the borders of creativity, and I also did a bootleg to “The Gate” from that album.

What is your current production and DJ set up like?
For production I use a PC, My DAW is Cubase. My sound card is UAD Apollo connected to a DAC (Digital to Analog convertor) Benchmark DAC3 for that hi-fi sound & an EVE Speakers.
I got a few hardware synths such as the Mono evolver, Korg Polysix, Deepmind 12 & Moog Sub37. My favorite synth now is a very unique & amazing drum machine “Recodrum” made by the crazy Brazilian Arthur Joly. I also use some hardware effects such as the RE-201 Space Echo & Strymon Big Sky which I love.

As for my DJ setup, I use Pioneer Nexus2000, & prefer a DJM900 mixer, and I love to have those effects & filters to play with, & easy to use loops. I used to play Vinyl for many years, but now I’ve got a baby to feed, & lower back to take care of.

My live setup is more complicated, it’s Mac laptop, running Ableton live with Livid OHM64 controller, Native instrument midi keyboard, & my one of kind custom made “Space Controller”, which is the highlight of my show.

What releases do you have on the horizon?
This year i released my debut album on Balance Music, & also became a father on the same week, so that was a big & important phase in my life, these days I work on new music, trying to challenge myself in new directions & styles. I also work a lot on my live show with my space controller & unique versions for my tracks. My latest work was a special version for my track Echoes combined with Pink Floyd’s – ‘Shine on you Crazy Diamond’, I think it become one of the best things I’ve done.

Where can we hear you perform?
You can hear me play my live show this month in a big festival in Israel with Boris Brejcha, & Matador, and next month at the ADE at the Lost&Found label party at Westerunie in Amsterdam. I’m also working on a big tour in Argentina, & a show in Cape-town.

Tell us more about the podcast you made for Balance?
Regarding my podcast for Balance, it took me 39 years to do it in 6 days. I’ve tried to keep it very deep & fresh, lot’s of new tracks from different genres, building slowly to an uplifting dark bangers. I worked a lot to make it sound like a whole piece & not just a mix, with a smooth & long transitions. I recorded it live on Ableton with my Livid controller. I think all of the tracks are unique in it’s own way, it was a big honour to do it.

The top track in my DJ wallet currently is:
My special version I did for Pink Floyd – ‘Shine on you Crazy Diamond’

If I could recommend only one of my tracks for you to listen to it would be:
Stereo Underground – Endless Sun

If I could recommend only one track for you to listen to it would be:
Debussy – Clair de lune

The last movie I watched that I really liked:
Once Upon a Time in Hollywood

If I could choose anyone to compile a Balance comp it would be:
Hans Zimmer