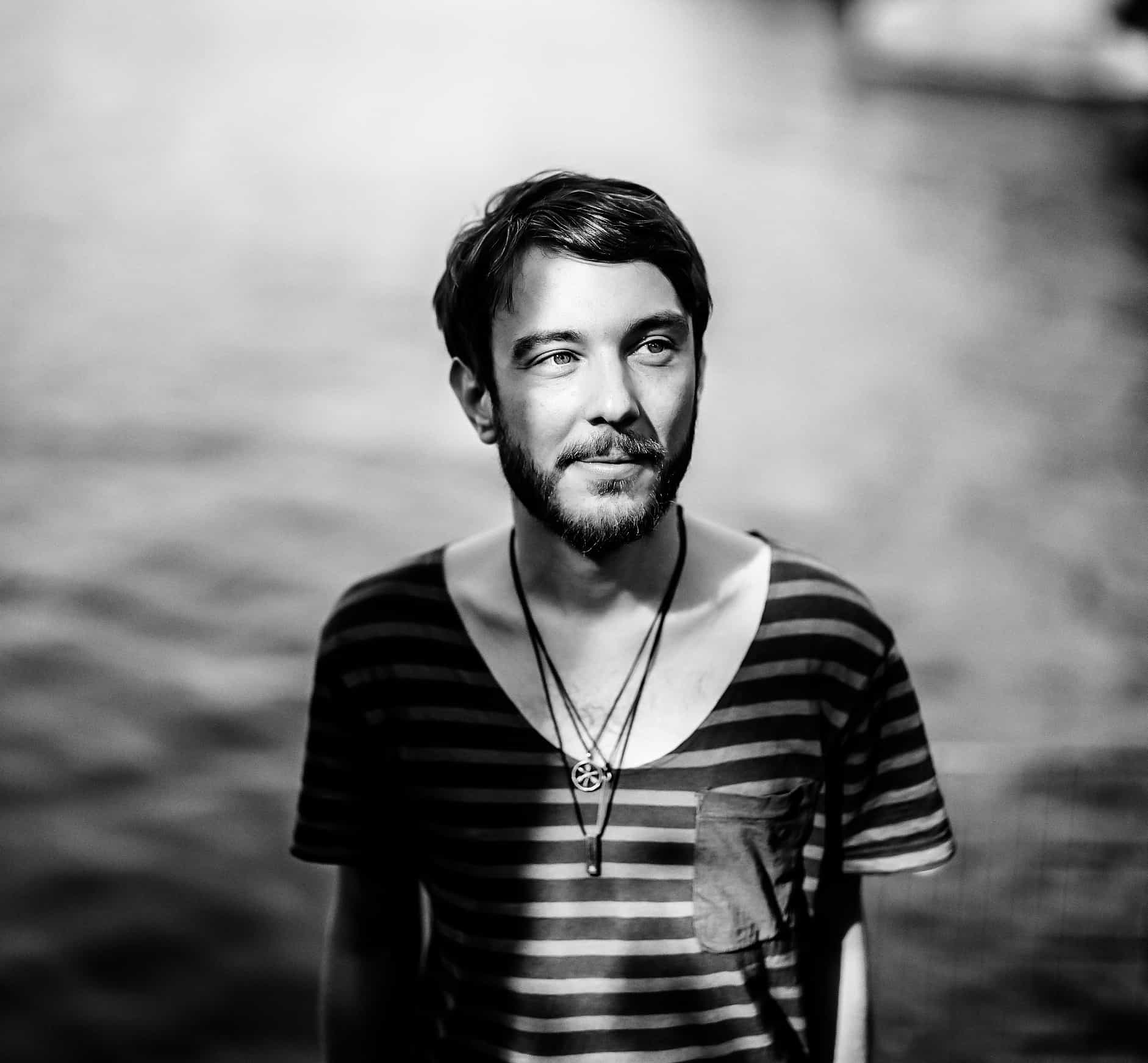 He continually explores this duality in sounds, not only throughout his deep discography, but in his performances around the world. Famously, this includes annual pilgrimages to Burning Man to play atop the Robot Heart bus, a journey he has been doing since 2016.

Alongside his work with crews including All Day I Dream, Sol Selectas, and Do Not Sit on the Furniture, he recently added Balance Music to his impressive resume, being the first artist to be featured on our new Dawn Till Dusk imprint, with a stylish 5-track EP that perfectly sets the tone for what the label represents.

On this Balance Selections podcast, Powel effortlessly showcases that his production skills are easily matched by his expert track selection to deliver a deep and engaging mix…

There was a wide range of music, but the two records I remember the most, are “Bad” from “Michael Jackson” and “The Healer” from “John Lee Hooker”. I really liked Michael Jackson as a kid, and tried really hard to learn how to dance like him. Unfortunately though, I had to learn that I’m a terrible dancer… :-)

We weren’t a very musical household, but my parents used to take me to a lot of parties, where they had bands playing which essentially triggered my interest in playing an instrument. I wanted to start out playing drums, but at 4 year old, I was a little too short for that, so I started to play the piano instead. Much to my regret, my first teacher would only teach me to play classical music, and it took quite a while to find one who was willing to teach me stuff that I was more interested in at the time, like “The Doors” for example.

I think it started when I got into my rebellious teenager phase. My parents were actually listing to really cool music, like Nirvana and Pearl Jam and the likes. We had neighbours at that time who had a son that was probably around 10 years older than me, and he was listening to Techno all the time, and when I realised how much that kind of music pissed of my parents, I decided to be interested in Techno. So that’s how it first appeared on my radar. But, I’m not sure, if I truly liked the music, or just the fact of my parents being annoyed. I say this, because shortly after, I found myself to be much more interested in Indie-rock, and mostly ignored House and Techno for quite a while. It took me until my early Twenties to find myself going to House and Techno parties, and wanting to produce electronic music.

The first club I’ve ever been to was a small local club called “Treibstoff”. I was very under age, even for German standards. This was in my old home town, a small village called Beeskow. Later, a friend and I became some sort of resident DJ’s there for indie-rock nights.

The first time I remember actually dancing to electronic music was actually at Fusion Festival, it may or may not have been drug induced, but this was the first time this music actually really made sense to me. The massive sound system and all those super nice people around me. It was just phenomenal, but I absolutely can’t remember who was playing.

The first actual dance club I’ve been to was Berlin’s Watergate. They had some really good music going on Wednesday nights. But none of these things was this big revelation for me, which made me fall in love with electronic music for good. It all grew slow on me to be honest.

On the electronic side, “This Bliss” by “Pantha Du Prince”, “Paradolia” by “Alex Smoke”, and “Reflections” by “Stimming” had a huge impact on me. I think all those albums come out around the time I started to produce electronic music and they definitely played a big role in my finding my sound in the studio and on the decks.

I also find a lot of inspiration in non-electronic albums. Like “Kurr” by “Amiina” or “waiting for the dawn to crawl through and take away your life” by “Dakota Suite” are incredibly good records, two of my favourites, actually. They are produced in such a vulnerable und honest way – something that I was and am still trying to adapt to myself when producing my music. I think it’s a mistake to try to over-perfectionize your music. There’s room for mistakes, naivety, and vulnerability. Took me quite some years to realize and accept that.

I found this record during a vacation on Iceland, it’s called “0” by “Low Roar”. It has been out since a couple of years already, but it’s still very current and really good. “Nothing Can Compare” by “Yokoo” is amazing, if you would ask me to pick an electronic one, but technically I didn’t buy it. Since we’re label buddies, I got it as a promo… Yeah DJ benefits.

My one DJ set up is 2 decks and 2 CDJs, and I’m using a little soundbite micro sampler for looping vinyl, and a Keinedelay Teil 1 Effect, for, well delays. I usually play on a A&H mixer, that’s why the extra delay effect. The other set up is just 3 CDJs. The extra one is for extra grooves to use in tracks with too long breaks or extra sound effects.

The gear I use most in my Studio is my Crumar ds2. It’s a beast but somehow also very gentle. A Folktek Mescalin synth, a crazy little machine, which can do lots of crazy stuff. A Korg Delta, which is just a basic string synthesizer, a DX7 – I’m in love with 80’s synth sounds – an MPC 1000 and an old analogue tape delay.

I also use another old tape recorder to record pads with. I usually mess around with the tape after, crumpling it up, going over it with magnets, and then re-record it, just to get that little bit of extra filth into the production. But most of the time I just mess around with the recordings I have on my little field recorder, plus I sample a lot.

I think it’s important to limit your gear to a certain amount that you’re comfortable with, so you avoid drowning in in the endless possibilities of sounds provided by plugins for instance, essentially forget about the music itself. Even though I guess it would be very fun to have access to unlimited amounts of gear, I’m quite happy with the way I’m producing right now.
I also try to limit the plugins I’m using. The plugins synth I usually use are CS80, SH101, Diva and only recently I started to use the Una Corda by Native Instruments. I also use Battery a lot, which is basically just an MPC for lazy people. Great software, but I hated almost every sound it came with. For sound processing I usually work with the SSL and API emulations by Waves.

What releases do you have on the horizon?
I was working on my first album for the better part of the last 4 years. It’ll be out by the beginning of the next year on All Day I Dream. We haven’t set a final date yet, since I haven’t found the time between playing to do the final mix-down.

I have already some vague ideas for follow up EPs, but I’m gonna deal with that after the album is out. There will also be remixes for LOC and Fulltone in 2020, so things are pretty exciting.

Where can we hear you perform?
I have some shows coming up in October in Toronto, New York, and Los Angeles. And, once the album is out, I’m gonna play an extended tour. I also try to release podcasts on a regular basis for different platforms.

Well, I had it ready a couple of days before I was supposed to send it over but when I was listening back to it on a car ride some days ago, I didn’t quite feel the vibe anymore so I made a new one the day of the deadline, well actually one day too late with time difference between Australia and Germany, but I think it was worth the hard work as I’m really happy with it now.
I just recently discovered this Polish label “Otake Records” and really fell in love with some of their releases, so I had to include a bunch of them.

My favourite Balance Selections mix is:

I don’t have a favourite one, but the last one I liked was Peaky Blinders 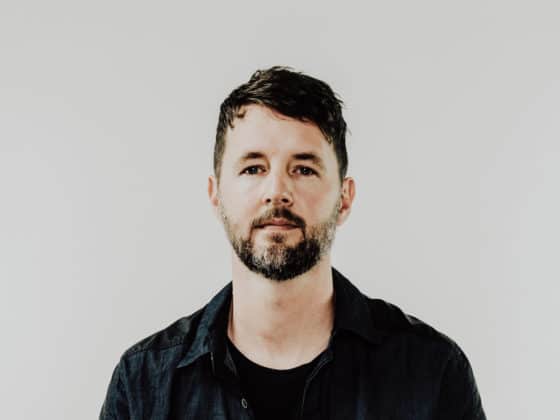 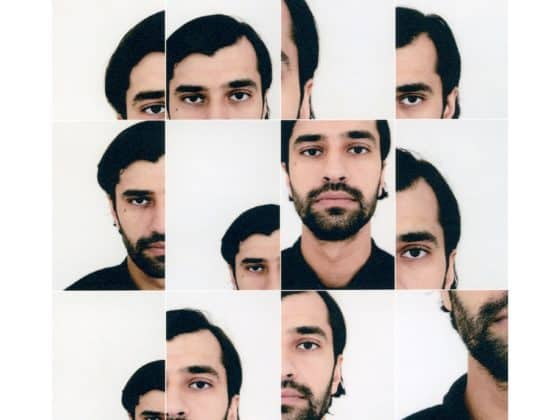