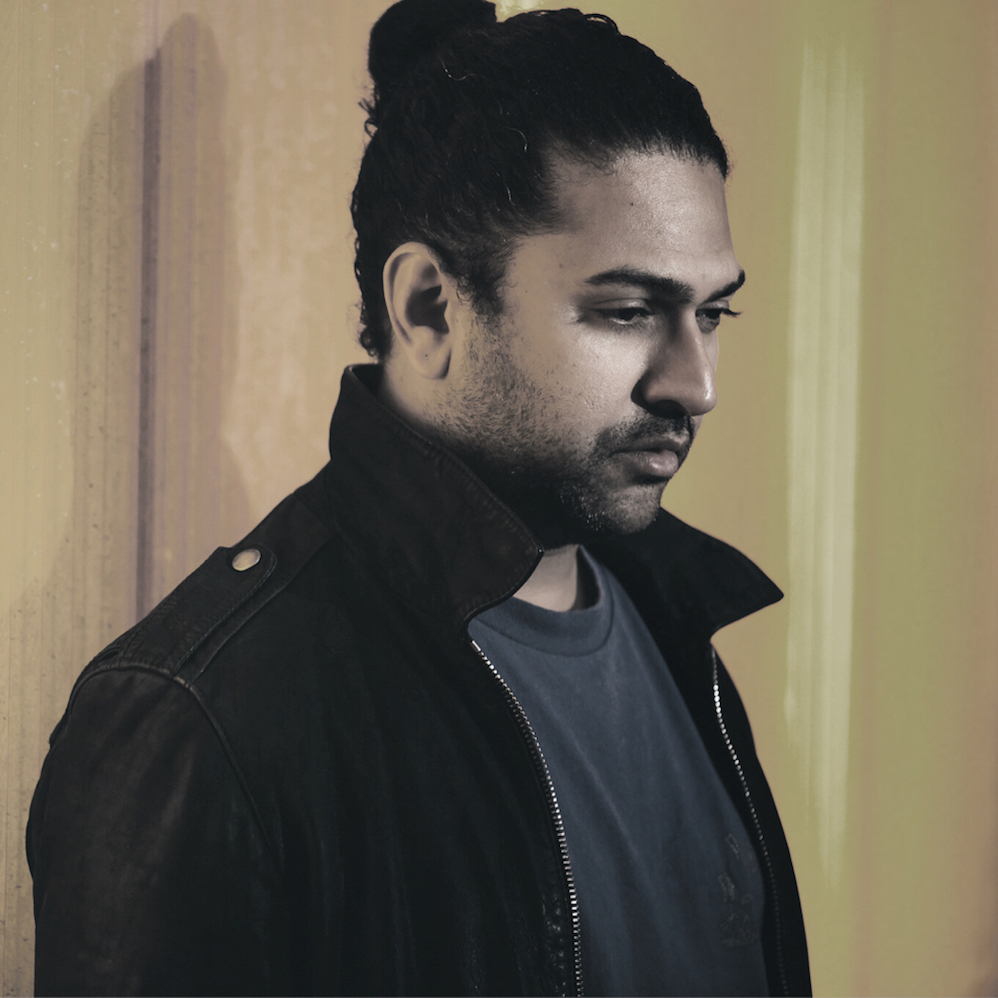 With two decades of experience within the house and techno industry, Nitin Kalyan’s depth of knowledge, and work ethic is second to none.

The Canadian artist has not only established himself as a highly-skilled and polished DJ, but he also runs the esteemed No.19 record label alongside Art Department’s Jonny White.

On the production front, he has released a string of releases, including EPs on his own imprint No.19, along with signings to My Favourite Robot, and Definitive Records. Over the next hour, you will hear the sound of an artist at the top of his game with a fine selection of house and techno…

I grew up with a lot of Indian music being played in the house both classical and bollywood. My parents and family are avid music fans. My Dad also plays drums both African and Indian, so there was lots of rhythm in the household. Also, though my Aunts and Uncles, I was introduced to a lot of other music, stuff like Depeche Mode, New Order, Sade, and early hip hop. I really starting honing in on my love for music through hip hop in the 90’s . It had a huge influence on me and is the reason I started djing.

College Radio in my hometown of London Ontario in the early 90’s . Every Saturday night there were 3 consecutive radio shows that touched on hip hop, house and all forms of electronic music at the time. Most notably, was a show where I first heard Underground Resistance being mentioned and where to find those records in Detroit. Since I lived 2 hours from Detroit, in grade 9 on a family trip to visit relatives in the area, I made my parents take me to Record Time. This was also when I first connected with Mike Huckaby who was working there at the time.

It was at a roller skating rink called Wheel in the 80’s, and the DJ was playing early electro and breakdancing music with classic 80’s stuff. It was the first time I heard songs being mixed together and was blown away. I ended up getting a mixtape from the DJ, it had some UTFO Crew, Roxanne Shante, Prince, Newcleus.

I’m a big fan of Thom Yorke and Radiohead. I knew about them from the ‘Bends’ album as my sister was a fan but it wasn’t until Kid A came out that I really got to know them better. With that album there was a standout electronic element to it which drew me in and now knowing the band and their history better I really do appreciate their progression as artists. For Hip Hop one of the most exciting moments for me was when I first heard the Outkast Atliens album. I had been predominantly listening to house and techno for a few years once at this point. This was the first album that I heard in Hop Hop that stood out for me and brought me back into listening to rap as it was a very different take then most of the east and west coast stuff which of course I love but this was something different. Love the South and ATL!

Here’s a few other artists that I consider to be my favourites: Arctic Monkeys, Interpol, Talking heads, The Cure, Ricardo Villilobos, Nils Frahm, Kendrick Lamar, Sade, Thomas Melchior
Each in their own right has a uniqueness that has them standing out in their respective genres. They each have an originality that has a timeless quality to it.

That’s a good question. I must admit, with albums I’m not buying as much as I used to now that streaming is a thing. Listening to music by artists you like is so much easier now with the click of a link. Streaming wise, the last album that I listened to front-to-back was the new Raphael Saddiq album and I would recommend if you’re into Funk / Soul/ R & B . The last album I bought on vinyl was by an artist called Mdou Moctar, he’s a West African artist who fuses traditional guitar with some electronic. Still more on the traditional side, very interesting stuff. My good friend Andrew Grant gave me the tip on a trip to Washington over the summer.

What is your current production and DJ setup like?

For my studio setup, I’m using mainly hardware. I use Ableton as my DAW. I’ve just recently purchased a old Roland Effects process called the DC-10. Perfect analog echo for the dubby vibes. My favourite piece in my studio is probably my 808. The drum machine I had always wanted so very happy to have it in good working order in my studio at all times

For DJing, I’m mainly on CDJs with USB. I still bring vinyl for those special gigs where the set up is worth playing records and of course after a solid record shopping trip. I try to be mindful of this as I’ve travelled many times to gigs and have not had the chance to play a single record due to equipment issues.

I’m putting the finishing touches on a remix for MONROE on Akbal music. I have a new release and album on No19 early next year. Plus finishing an album with Lorenzo Dada from Rome, a long time collaborator of mine. It’s more leftfield / ambient music that I’m really excited about. More news to follow on this project soon.

This wknd in NYC for Cityfox Halloween party at the Brooklyn Mirage. Then, a special party next month in Toronto with my good friend Alexi Delano.

I Made it on 2 CDJ’s and Mixer. I wanted to keep in line with what I perceive the Balance brand to be. The set is a good example of the records I play in my sets and I wanted to play tracks that told a story and had a journey as opposed to just an hour of banging tracks. I spent a couple days getting set up to do this; had to move around my turntables and make room for the CDJ’s. Once that was all dialed in, I spent a few days going through music and then a couple tester sets before the final version which is what we have here!

The Last King Of Scotland