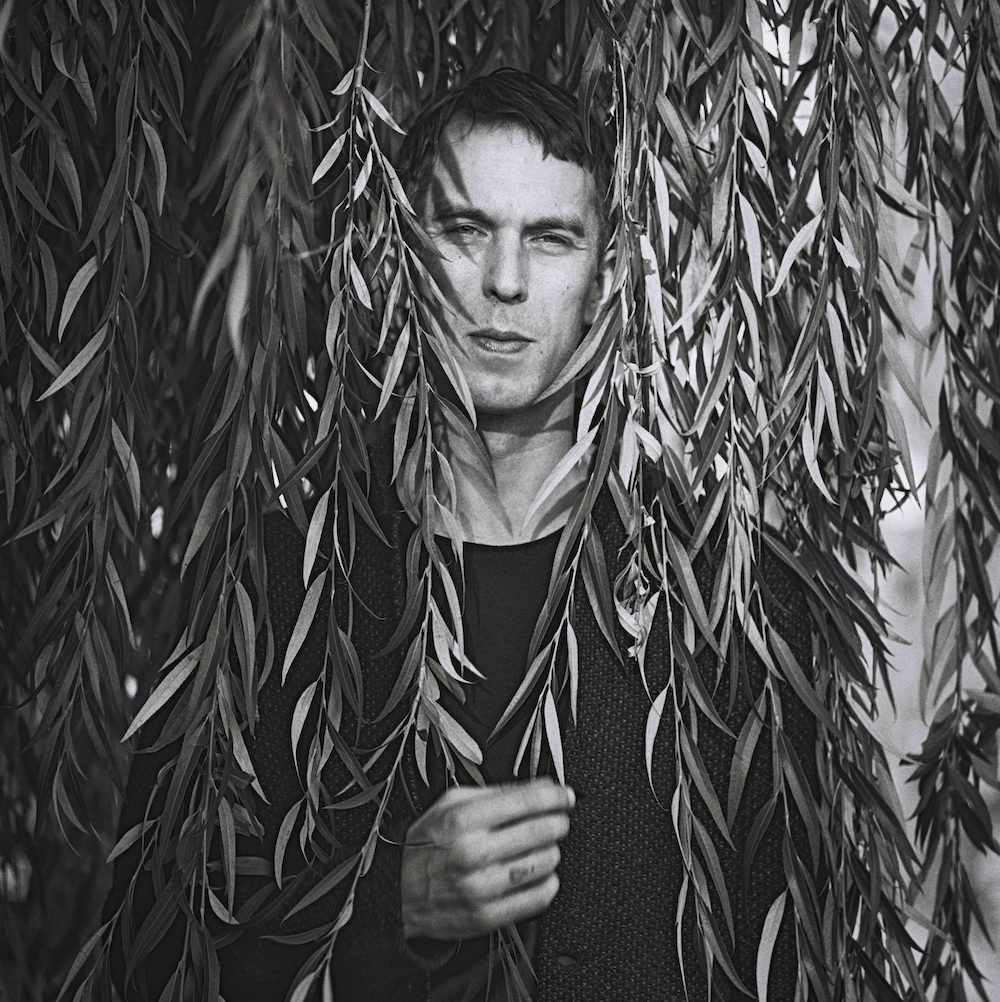 Shaun Reeves is an internationally-acclaimed DJ, producer, and label owner, and alongside best friends Ryan Crosson, Lee Curtiss, and Seth Troxler, they formed Visionquest, a genre-busting DJ collective, and live act, that also turned into a record label of the same name.

Since his move to Berlin, Shaun Reeves has been enthralling audiences in the world’s most revered clubs on both sides of the Atlantic, with a highly distinctive mixture of house and techno.

The last few years have seen Shaun blossom in the studio with releases on Wolf+Lamb, Crosstown Rebels, RauM Musik, and more… For the next hour, he is in fine form with a very engaging and highly contemporary mix of electronic dance music.

Everything from my parents record collection, played on my little Big Bird record player with built-in speaker. I remember liking the Beatles quite a lot, but my favourite record/track by far was Eddie Grant Electric – Avenue. I probably listened to that 45 thousand times. My parent’s tastes, and that of the general culture around me, was mostly classic rock. That eventually led to me getting into Pink Floyd, and the like, as I approached my teen years.

I didn’t really think of it as electronic music at the time, or realise that what I was getting into at the time, but I guess some of the music I was listening to in my teenage years would qualify. Nine-inch Nails, Chemical Brothers, Prodigy, stuff like that. A little bit later, I was introduced to Aphex Twin, and Plastikman by some slightly older friends.

That would be Magda at a club called Shelter in Detroit. It was a Plus 8 party with Richie Hawtin, John Acquaviva, Daniel Bell, and Speedy J also playing. It was Magda’s set that night though that really blew my mind, and also made me start buying and mixing records. She was playing a lot of the first releases from Perlon, Thomas Brinkmann, and other out of this world minimal acid funk. The whole room was floating on that vibe. I will never forget it.

Anyone in this game or making any kind of art or creative statement, who is true to themselves and doing it for the love, not following the trend of the season. This inspires me to do the same and has my never-ending respect. If I have to choose one example it has to be Thomas Franzman aka Zip. As a dj and label owner but overall as a human being this guy is just the absolute best. Pure love and good vibes.

Pink Floyd – Soundtrack from The Film “More”. The Soundtrack of a 1969 movie of the same name which was filmed in Ibiza. I’ve been something of a Pink Floyd fan for as long as I can remember, but had somehow missed out on this. A friend recently told me about it, and I tracked it down immediately.

Vinyl + CDJs. Studio is a mix of digital and analogue. Current set up includes a 606, Tanzbar, tr8 for the drums, some Elektron bits, Waldorf microwave xt, dx 7 and a couple cases of modular units. Ran through an Apollo sound card and compressor. Few pedals around for effects.

I have a solo EP coming out November 18th on Visionquest. I have released a fair amount of music over the years, but they have all been made as collaborations or remixes. This one is a proper solo EP and I’m proud of how it turned out.

On the gigs and touring front… There’s some big news coming regarding Visionquest. We are again four. A proper announcement will probably come along eventually, leading up to the start of 10 years of Visionquest next summer. Looking forward to having the band back together, and some great times together again. The best is definitely yet to come…

If you’re in Berlin you can catch me playing at home bases Club Der Visionaere (in the Summer), or Hopetosse (Winter months). Elsewhere in the world you just have to keep your eyes open, I’m bound to turn up somewhere or another in your area sooner or later.

Mixed live on a standard set up mentioned above. 2 x CDJ, 2 x Technics, and Allen & Heath mixer. Many weeks of procrastinating, an hour or so of track selecting/planning, and another 2 hours or so to set up, record and do a bit of post editing.

The top track in my DJ wallet currently is:
I don’t think that I have one particular over all favourite, as it all depends on the day/night, or if I did the answer would change more than once daily. It depends on context and mood. There are a few records, or tracks that haven’t left my bag, or playlist for a very long time, one of them is Anthill Mob – Enchanted Rhythm.

If I could recommend only one of my tracks for you to listen to it would be:
A parent can never say which is his favourite child. :)

If I could recommend only one track for you to listen to it would be:
Aphex Twin – Ageispolis

My favourite Balance compilation is:
I am quite fond of Magda’s compilation.

The last movie I watched that I really liked:
Dolemite is My Name. Good to see Eddie Murphy back in form.

My favourite TV show:
Legion Season 3 is great. Super trippy, and I love the retro psychedelic vibes, and references to certain experiences.

Funkform, GMJ, and Matter emerge on Balance with new EP