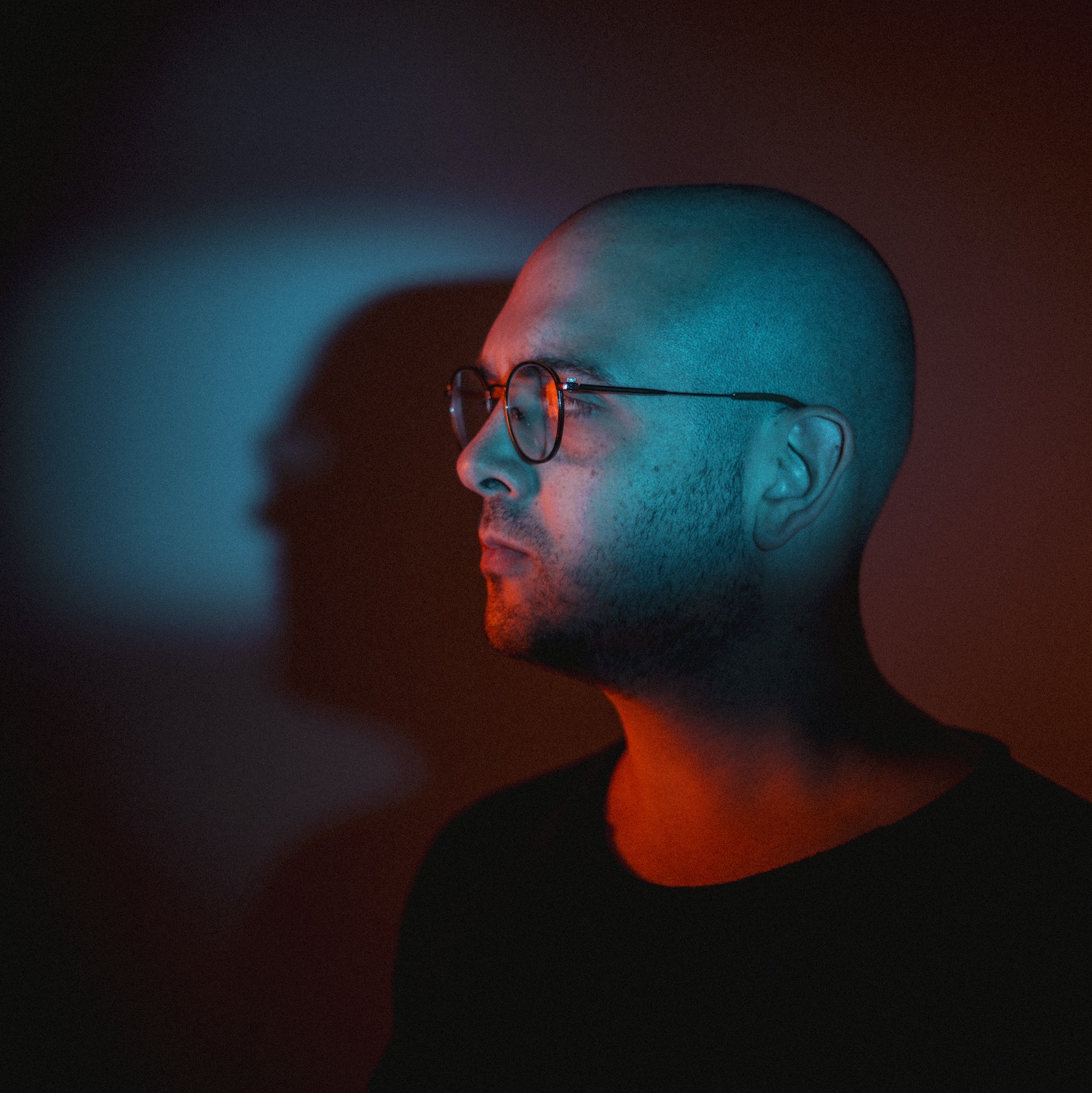 For quite a few years now, Victor Ruiz has been known for his high quality productions, which has made him a highly sought after artist in the Techno scene.

His “unofficial edits” of classic songs, are a huge part of Victor’s performances, with the most popular being “Breathe” by The Prodigy, “Children” from Robert Miles, “Everything Counts” from Depeche Mode (in collaboration with Thomas Schumacher), and his latest edit of “Teardrop” from Massive Attack.

Apart from remixing the biggest names in the electronic music, such as MOBY, Stephan Bodzin, and Dubfire, he has reached the #1 position on the Beatport charts, with his own signature peak time melodic sound.

As a result of this success, the Brazilian born Berlin-based producer has been touring all around the world, from big festivals to intimate clubs, and judging by his performances and productions, he injects pure love with everything he does.

My childhood was filled with music, and no doubt the earliest memory I have of music was The Beatles. My mother was a huge fan of the boys from Liverpool, and every weekend we would go to the swimming pool and have lunch, she would play Abbey Road religiously. I got pretty used to all their tracks from a young age. She also loved ABBA, The Bee Gees, and Eric Clapton – they were all a part of my childhood listening. When I got a little older, I started to choose the music I wanted to listen to, and became more exposed to new genres once I got to school and started to hang out at venues. I really got into Rock n’ Roll, as well as heavy metal, but that was mainly all thanks to my brother.

I guess there was actually almost a moment when this happened for me, and it was when I was watching MTV when Daft Punk’s music video for ‘Around The World’ came on. It changed my life in many ways. At the time, of course it was very new to me, exciting and strange, as I had no idea about this kind of sound, but I knew one thing and that was that I could dance to it and enjoy it. I wanted to know more….

Hmmm I do not actually remember the first ever DJ that I saw in a club, but I can tell you the one DJ that I saw who impacted my career choices more than anyone. That was Thomas Schumacher. He was playing at D Edge club in Sao Paulo, and I went along with friends. It was mind blowing, and I was in total awe of what he played and how he read the crowd. It was such a memorable time for me, and I knew that I wanted to do the same, and be able to create my own music for the dancefloor. The funny part about this story, is that now we have become close friends. Back then, I was just another dancer at the club… Life is funny at times huh? And, the world is very small!

There are many to list here, and I am going to give you a selection of artists both in, and out of electronic music. As a lot of DJ’s myself included, all started off with a passion for some sort of music, but often it was never techno. For me, Led Zeppelin, The Beatles, Nine Inch Nails, and The Foo Fighters are top. They are timeless, and that’s something that all artists should aspire to be. Since I got into the industry, of course, I have many DJ’s that I look up to. Stephan Bodzin, and Maceo Plex are two of the best for me, both amazing producers, and performers, and such nice people. I love both their sound, and they continue to grow.

Ohh this is 100% Michael Kiwanuka ‘Home Again’, not what you expected I guess. It was actually my girlfriend who showed me this artist, and I was hooked immediately. Actually, we just went to a concert to see him too, and he was amazing live! Such beautiful music. I can thoroughly recommend you go, and listen if you haven’t done so already!

Well for production it’s still a bit sketchy, as I just moved (again) from Berlin, to Amsterdam, which I love. Very happy here, but have yet to complete the studio. It takes time, but I hope to have this back up and running by March. So, at the moment, I use my laptop, and my favourite headphones, the Sennheiser HD25.
For when I am DJ’ing, I use 4 x CDJ’s Pioneer 2000 NXS2, and my favourite mixer, which is the Allen & Heath Xone 92. It’s so simple, yet so powerful.

Yes, there is, but news will be coming soon, and unfortunately, I am unable to say anything more than that at this stage. All I can advise is that it’s really good, but at the same time – different.

Well, this weekend I am back in Brazil touring between Sao Paulo, and Curitiba, and then next week I am back off to Australia for a nice seven date tour. I am really excited to be heading back there, such a growing market with amazing clubs and venues, and its somewhere I can safely say is one of my favourite places to go. It’s so special, you guys are really lucky! You can find me playing in Sydney, Melbourne, Adelaide, Brisbane, and Auckland.

This was a live recorded mix from Universo Paralello, which is a very special festival in Bahia, Brazil. There is a lot of brand-new music of mine on this mix, which is all unreleased, so I hope you guys enjoy it!

The top track in my DJ wallet currently is:
Hahaha… This is actually a new track of mine called ‘I Want You’, which is unreleased, so I am unable to put any previews in here but keep an ear out for this in my sets.

If I could recommend only one of my tracks for you to listen to it would be:
Victor Ruiz – Rainbow In The Dark [Noir Music]

If I could recommend only one track for you to listen to it would be:
I am going to choose one song which is important to me, reminds me of my childhood and I still love it just as much today as I did then, maybe more, as I appreciate it more now I am older.

The last movie I watched that I really liked:
Oh, the new Joker movie with Joaquin Pheonix. It was amazing!

My favourite TV show:
Hands down it’s ‘Friends’ – the easiest watching show ever! And it always makes me laugh. 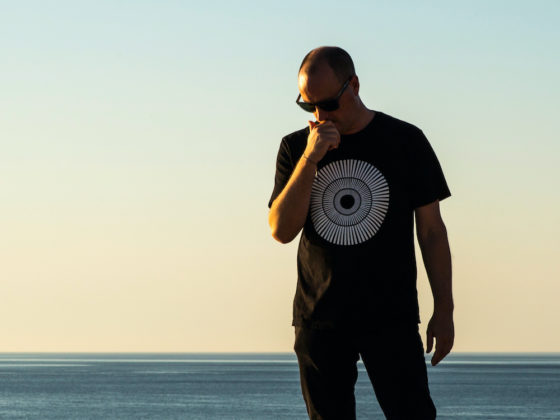 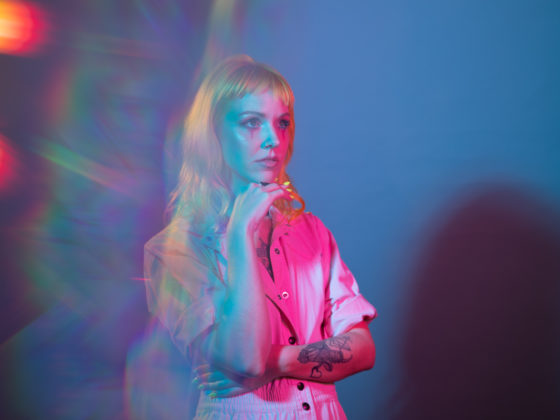