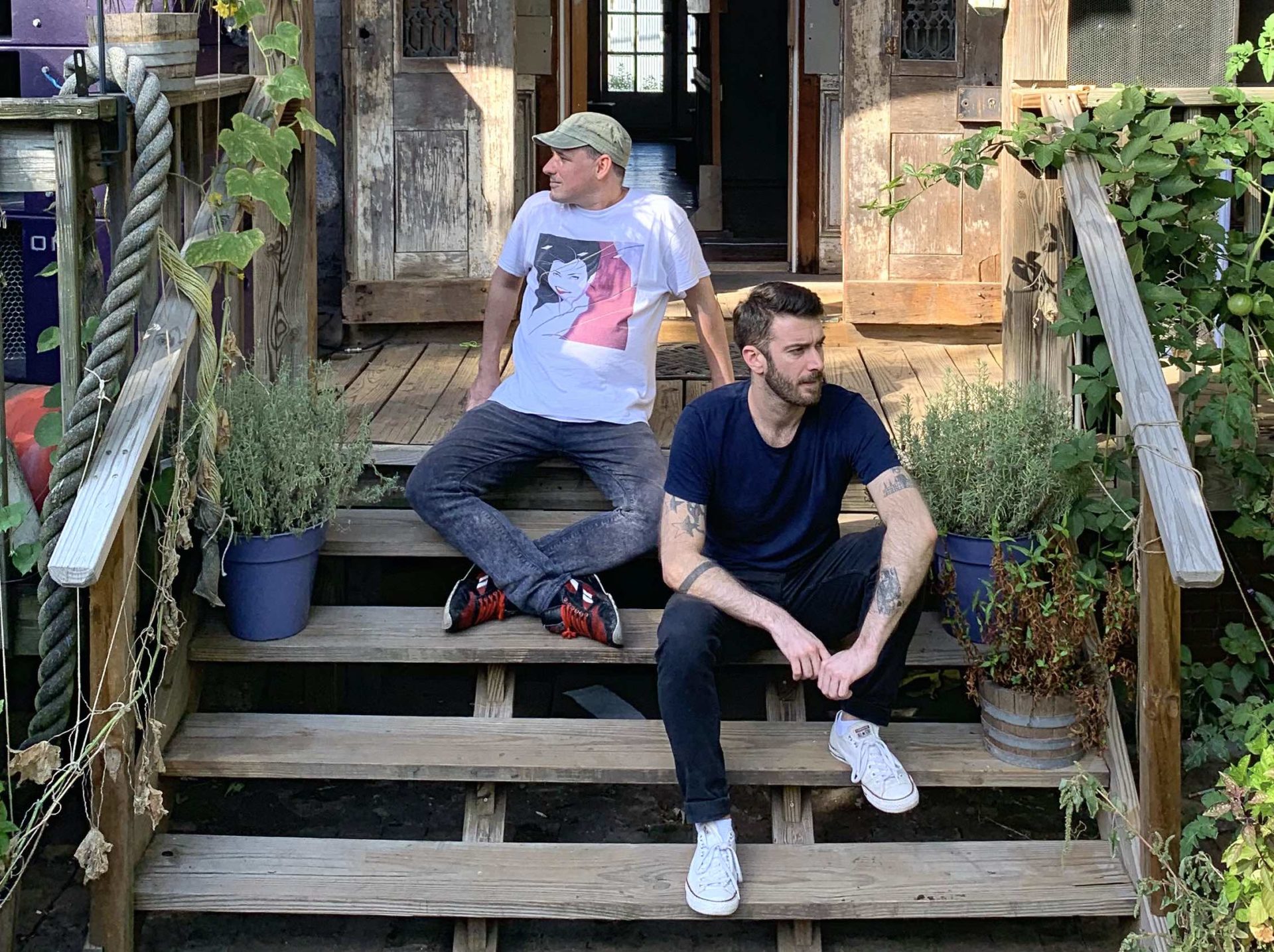 For some time now, the combined forces of Mark Caramelli & Paul Hargreaves have been causing quite a stir under their guise, Death on the Balcony.

The duo’s style fuses a range of influences from Disco through to House, & Deep Techno depending on the time, space and environment. Years of dedicated musical passion and an appreciation of numerous genres have led to their sound receiving popularity across the board…

Death on the Balcony’s release schedule is continually active with them releasing & remixing for the likes of All Day I Dream, Kindisch, Anjunadeep, Do Not Sit, Akbal Music, & many more…

Whether it’s disco inflected fuel or emotive house & techno rhythms, these eclectically deft producers will juxtapose anything they lay their hands upon, mixing the beat of the drum, with the melodic buzz of a hazy brain!

As their range of musicality continues to evolve they consistently deliver a unique, well-timed narrative of the best sounds around…

Mark – For me as a child there was always music on in my house growing up via the radio, cassette tapes & parents vinyl! My mum always used to clean the house with music playing mostly disco, 80s & rock I remember dancing around the house with her while she was doing her jobs and making it more fun this was a common occurrence for me and tbh still is to now when i’m at my own home similar! Another memory was recording my favourite songs off the radio of the time on a twin deck cassette player with my brother or friend, pausing the recording when the adverts or speaking came on to make my own compilations & mix tapes. Also getting my first Yamaha keyboard as a child at Christmas around the same time that just continued with one thing and another building up to my first pair of second hand 1210s age 16! Suppose not to much has changed since I was 7 years old really! Ha

Paul – Earliest memories of music was sitting in from of the TV watching things like MTV and music Television as a kid. Watching all the old 80’s/90’s music videos dreaming of wanting to do something like that but not knowing where the hell to start. My parents were not musical really but always supported my interest in following music as a passion. My dad bought me a cheap Spanish guitar when I was a kid then after that, I was hooked!

Mark – As previously mentioned I grew up around 80’s & disco music as it was always on in my house between the radio, my mum & older brothers record collections as a kid! But jumping forward to my early mid to late teens – probably a bit young in hindsight – I started going to normally illegal hardcore, drum and bass raves and warehouse parties in Blackburn, Wigan, Manchester areas of the North West of England and everything that came with those scenes. I loved it! I was knocking about with an older crowd who drove – that helped too and they also had 1210s for pre and afterparties. So that’s really where I first began to learn how to play, mix and use them over those years! From there I then found house music & disco from two separate trips to the infamous Hacienda before it was closed down in 97, those two nights out really did influence me a lot. I was totally hooked from the dance floor to the decks still am to this day and I suppose the rest is history…

Paul – After all the early memories I talked about in the last question when I was a child in the 80’s then teen in the 90’s. All the early 80’s music is a huge influence on me, then the 90’s brought grunge, rock and punk for me. I rekindled my love affair with Electronic music when at university in Leeds in 00’s and going out there to the parties and all the amazing stuff Leeds (then London) had to offer.

Mark & Paul – There really are too many to list individually. You are continually inspired by people and producers and artists all the time, which is an amazing place to be. So many unsung heroes and talented producers out there.

Musical inspirations for us range from NYC Disco scene in 70’s/80’s and the Paradise Garage‘ Larry Levan, David Mancuso’s ’Loft’ through to Ron Hardy’s ‘Music Box’ and all the Chicago House sounds heard there. Larry Heard has always been one to us that stands out but when you start naming names you have to name them all!

Also the sounds of the UK such as the new wave / electronic pop scene the Blitz sound, Visage, Depeche Mode, Talking Heads, Howard Jones, Kate Bush etcetera into early 90s music like Beloved, Portishead, Pharcyde, J.Dilla and then obviously into acid house with the Hacienda sounds and also older labels like Strictly Rhythm, Cajual, Hard Times with Todd Terry, Cajmere, MAW and the like.

There is also a great wealth of European electronic music that needs mentioning like Kraftwerk, 80’s Italo. Also 70’s/80’s soul music like Marvin Gaye, Minnie Riperton, Rose Royce, SOS band and the more popular choices like Prince which is a popular choice for a reason! Soundtracks and scores have also always had a big influence on us and our style as another point of inspiration. This answer has been a long one as there is so much to get through and we’ve only really begun to scratch the surface!

Mark & Paul – Maybe wasn’t the exact last to be downloaded but we always go back to older albums that stand the test of time 6 recently we have been playing & listening too between us & beyond the dance floor are Nirvana – Bleach, Portishead – Dummy, Arcade Fire – The Suburbs, Sade – Diamond Life, Nick Drake – Five Leaves Left & Talking Heads – Speaking in Tongues. All of course influences we either stumbled upon found or had recommended over the years! Another we both heard together very recently on a road trip to a festival we played in Chile was Dead Can Dance – Anastasis, you should check them out a great trippy new wave band…. So much music, talent & choice out there of course!

Mark & Paul – We produce on Ableton as we love the speed of the working process between us and the flow we achieve from it. This comes with various synthesisers, we have acquired over the years and none obvious samples we source and find. Being able to sit back is also as important as leading the production process between us both too and with a objective ear with things…

We use a mixture of hardware and software when producing it really depends on where the idea comes from. After all, it’s all about the idea!

We usually use 2×1210’s and ask for 4 CDJ’s. This enables both formats to be supported and also for acapella, spoken word & atmospheres to be layered over. It also enables the other person to be able to prepare better with the spare CDJ rather than with a more limited set up. That would be the ideal scenario, booth permitting!

Mark & Paul – We have just had a release called ‘Alignment’ on Bar 25 Music which is out now on the ‘Sounds of Sirin’ compilation, plus a track on the Earthly Delights compilation called ‘White Feather’. Originals wise we also have an EP coming on Kindisch featuring good friends, Adisyn +Carson and Adri. We also have a track called ‘The Source’ on the coming All Day I Dream Summer Sampler.

Remixes wise, we have a new one coming soon of Satoshi Fumi on a Japanese label,’Unknown Season’. A remix on Nie Wieder Schlafen + remixes in the pipeline on Sound Avenue + an original coming on Hidden Vibes.

We also created an EP in collaboration with Flowers On Monday (PHCK). We are also planning the launch of our own label and are sourcing music from artists we love for the first release right now.

Mark & Paul – We have just completed a tour of Chile. 8 gigs in 7 days for a charity called Parties 4 Peace. You can see all about this here https://www.parties4peace.com/patagonica. We started the tour in New York, then Chile, with other dates to come in Miami, Chicago then up to Canada to Saskatoon and Vancouver. We don’t have our own podcast as yet however we have regularly released podcasts on a variety of sites you can hear them on.

Mark & Paul – This mix is pretty much what we have be playing recently on our recent musical escapade down in Chile with a few exclusives & unreleased tracks from us just for good measure! We used lots of pots and pans and house hold items to record it mainly ;) 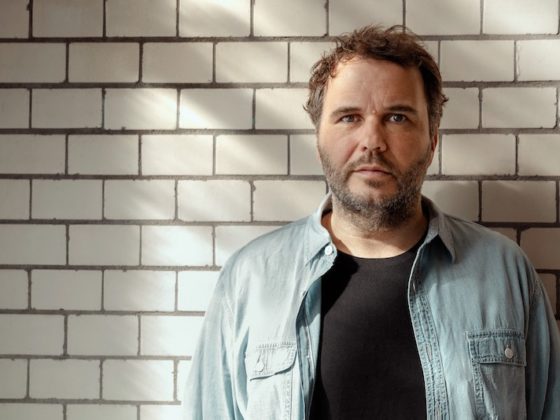 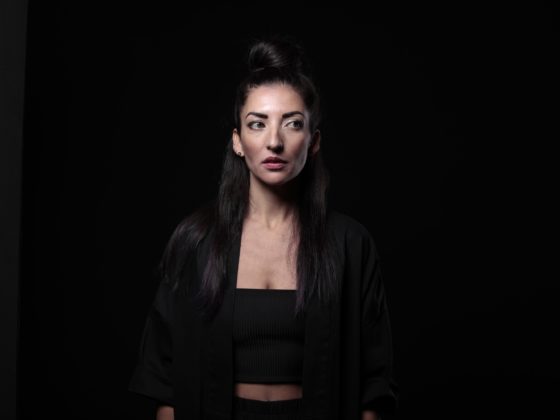