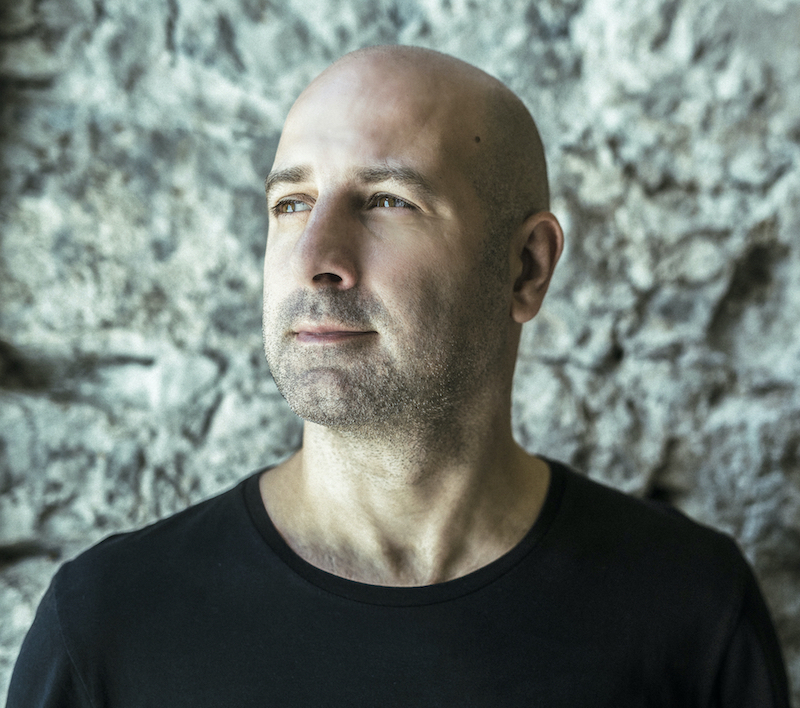 As one of France’s most respected DJs and producers, and with a career spanning over twenty years and intensive touring on all continents.

Oxia has built an impressive list of remixes and releases on respected imprints, such as Kompakt, Hot Creations, Bedrock, Knee Deep in Sound, and Saved, in addition to his own label, Diversions Music.

His latest release on the Sapiens label, a remix of Agoria’s track ‘All over You’, is already receiving major DJ support, featuring in many live streams across the board…

His touring schedule takes him across the globe, from intimate clubs to major festivals, and playing regularly at high profile events like Marco Carola’s Music On at Amnesia in Ibiza.

This mix for Balance Selections is a perfect snapshot of an artist always at the top of his game, never resting on past laurels, always experimenting, evolving and moving forward.

Agoria – All Over You feat. Sacha Rudy (OXIA Remix) [Sapiens]

I started listening to music very early on, so I was very quickly fascinated by it. When I was a small child, I had already listened to a bit of everything, quite a lot of the music my parents listened to. They weren’t musicians at all but they listened to a lot of music, especially on the radio and so I listened to what they did – things like old rock music from the 60s, especially Elvis Presley, then later on a lot of French artists like Serge Gainsbourg (whom I still like a lot) and also Jean-Michel Jarre (you could say it was my first encounter with electronic music), then disco. When I was about 8 years old, I was at a Cerrone concert with my parents – I told them “that’s what I want to do as a job” – playing music on a stage.

Afterwards I started to listen to more and more music by myself; after the disco wave, 80’s funk happened and it was like a revelation; I became a Michael Jackson and Prince fan. And three or four years later I started a funk radio show on a small local station in my hometown. As a teenager, I was also quite into New Wave; bands like Depeche Mode, The Cure, New Order… I also liked David Bowie and so many others. I had a small reggae phase too – I mean, I was mainly focused on Bob Marley… Then came the first house tracks from Chicago and New York. Well, for us it was like a continuation of early funk music so, with the friends I was doing the radio show with, we didn’t immediately realize it was a whole genre being born! That’s because there were artists like Colonel Abrams, for example, who did things in between. It was the beginning of a long story that still lasts today.

As mentioned previously, it was after listening to the first house tracks that I discovered electronic music: producers like Todd Terry, Steve Silk Hurley, Marshall Jefferson… And, I realised only afterwards that a kind of revolution in music was taking place. There’s this one track that particularly left its mark on me at the end of the 80’s, it’s ‘Goodlife’ by Inner City. It was already different in comparison to Chicago and NYC house – probably linked to the history of Detroit where Kevin Saunderson comes from, as he’s the one who composed this incredible track. In fact, back in the days, The Hacker and I named the label we created ‘Goodlife’, as a tribute to this cult track. And then techno came along in the early 90s and I took another virtual slap in the face because there was a power and an energy that were more intense than house music.

I remember the first times I went to a club but it’s hard to remember all the details as it was a long time ago. I was 16 or 17 old at the time and I used to go to a club in my area called the Scotch Club. There were 2 rooms, one of which was Funk-oriented – so of course I spent my evenings in that room. Well, if I want to be completely honest, every now and then I went to the more commercial room for the girls :)

I liked the atmosphere of the clubs right away; I went there almost every weekend. And for the record, when I went to this club I was already dreaming of mixing there, and three or four years later I became their resident DJ. It was one of my first residencies; I’d only done part of a season in a ski resort club.

I always struggle to answer these kinds of questions because there are too many artists I like, who have a lot of different styles such as funk, soul jazz, pop rock… Also, I like energetic music as well as calmer tunes. A good way to illustrate this is the podcasts I make called “Home Selection”, that include the music I really listen to at home to chill out.

And so, there are a lot of albums and artists that have inspired me. When it comes to my early years I would say Prince; there is also the album “What’s Going On” by Marvin Gaye. Then later on I’d say Jamiroquai (I have almost all of his albums), then in a different style Radiohead – I also have all their albums. But, of course, there are so many electronic music artists who inspire me – for different reasons : sometimes for the energy their tracks give off, sometimes for the groove, sometimes for their emotion when composing the more melodic stuff.

I haven’t bought a full album in a while. Often, even if I like an artist, I don’t necessarily like all the songs in his or her albums. I think the last one must be the RY X’s album “Unfurl”; I love this singer/producer. He has an incredible voice and his melodies are often beautiful.

So, I mainly use softwares because I worked a lot on my music when I was traveling these last months – meaning on my laptop. But I regularly use hardware too, I have several Synth I like like such as Virus, Nova … I also have old machines like Juno106 or SH101. As for software synths, I have a lot of them and I change them often, but I often use Arturia synths like Analog Lab 2, Prohet V3, Modular V3…

As for DJ sets, I play with CD players with USB key inputs. I obviously started mixing on vinyl because at the time we didn’t really have a choice… :-)

I like to play on vinyl of course, but a few years ago I gradually started switching to CD’s. The first reason was that I having back problems from carrying cases full of heavy vinyls; the second was that, as heavy luggage has to be stored in plane holds, I’d sometimes got where I was supposed to play without my vinyls (luggage delays, etc). Eventually these two main reasons made me decide to stop, unfortunately. Nowadays, I’m happy like that because there are things you can do with CD players that you couldn’t do with vinyl, like cues, loops …

My remix for my friend Agoria was just released less than a month ago. I’ve also made a remix for a producer and friend of mine from Grenoble, Yannick Baudino, which we’re releasing in June on Diversions Music (The label I co-own with Nicolas Masseyeff). Then there’s another remix in August, again on Diversions, of a track by Spanish producer Bizen Lopez. I’m working on other projects, but it’s still a bit early to talk about them.

Well, as we are currently confined because of the situation and all the clubs are closed and the festivals cancelled, I only do streamed mixes. I’ve done two in the last few weeks: one for Mr Afterparty for a Covid-19 relief fund, and another one for Ibiza Sonica Radio. You can watch them both on my Facebook page; more are planned for later. Otherwise there are some other mixes that are a bit less recent on my Soundcloud or Youtube pages.

The only regular podcasts I do are the ones I told you about earlier, the “Home Selection” series – it’s not the music I play at parties at all, it’s only the music I listen to when I’m at home chilling. The series is on my Soundcloud as well.

So, like it’s the case for all the recorded mixes I do at home, I proceed according to my mood at the time. I prepare and I try to see which track will go with the other etc… I mean, unlike mixing in front of an audience -where I almost don’t prepare in advance, except for listening to new stuff -. Performing on stage, in short, really depends on my feeling at the time, the reaction of the crowd, the atmosphere…

As for the podcasts, I tend to be more prepared. For this one it took me a few hours, I think, to listen to the tracks and choose them, and to make the mix. In spite of the preparation, I still rely on my feeling of the moment so I leave a certain margin for improvisation. I made this mix with CDJs and a DJM mixer; there are two tracks that will be released on two different EP’s on Diversions Music in June: one track from Yannick Baudino (here remixed by Bizen Lopez), then a track from the Italian producer Airbas. I also play my remix of Agoria’s track released this month on Sapiens.

It’s always hard to pick just one, as I play slightly different things, but I’ve picked one of the tracks I’ve put in my playlist from a few months ago, which you can listen to on my Spotify page.

Complicated too. If I had to choose just one, it wouldn’t be the most “dancefloor” off my discography but the one I’m the most proud of, released in 2012 on my album ‘Tides Of Mind’.

Even harder, impossible almost if I have to choose among all the tracks I like in any style! I could give hundreds of others, but hey, the first one that comes to my mind and as I mentioned earlier, I would say:

The last one must be a French film titled “La Belle Époque”. It’s the story of a businessman who’s about sixty years old and a little disillusioned. Someone proposes to him a new kind of attraction, that offers to relive a historical fact or a period of his life, with sets and reconstructions. The film is both funny, a little dramatic and touching.

I haven’t watched a lot of shows in the last few years although I like to; it’s more a matter of having enough time, so it’s hard to tell … But, I would say maybe Narcos on Netflix because it’s really well-researched and acted. In short it explores in detail the history of the South American drug cartels, so the first season is about Pablo Escobar in Colombia, then it expands to Mexico later on. 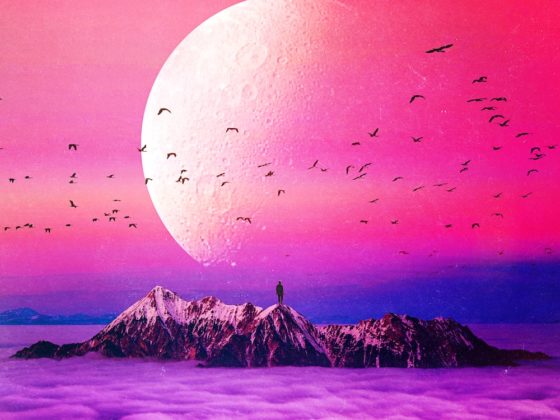 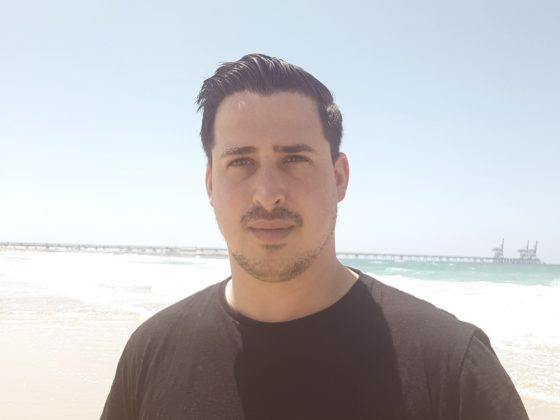