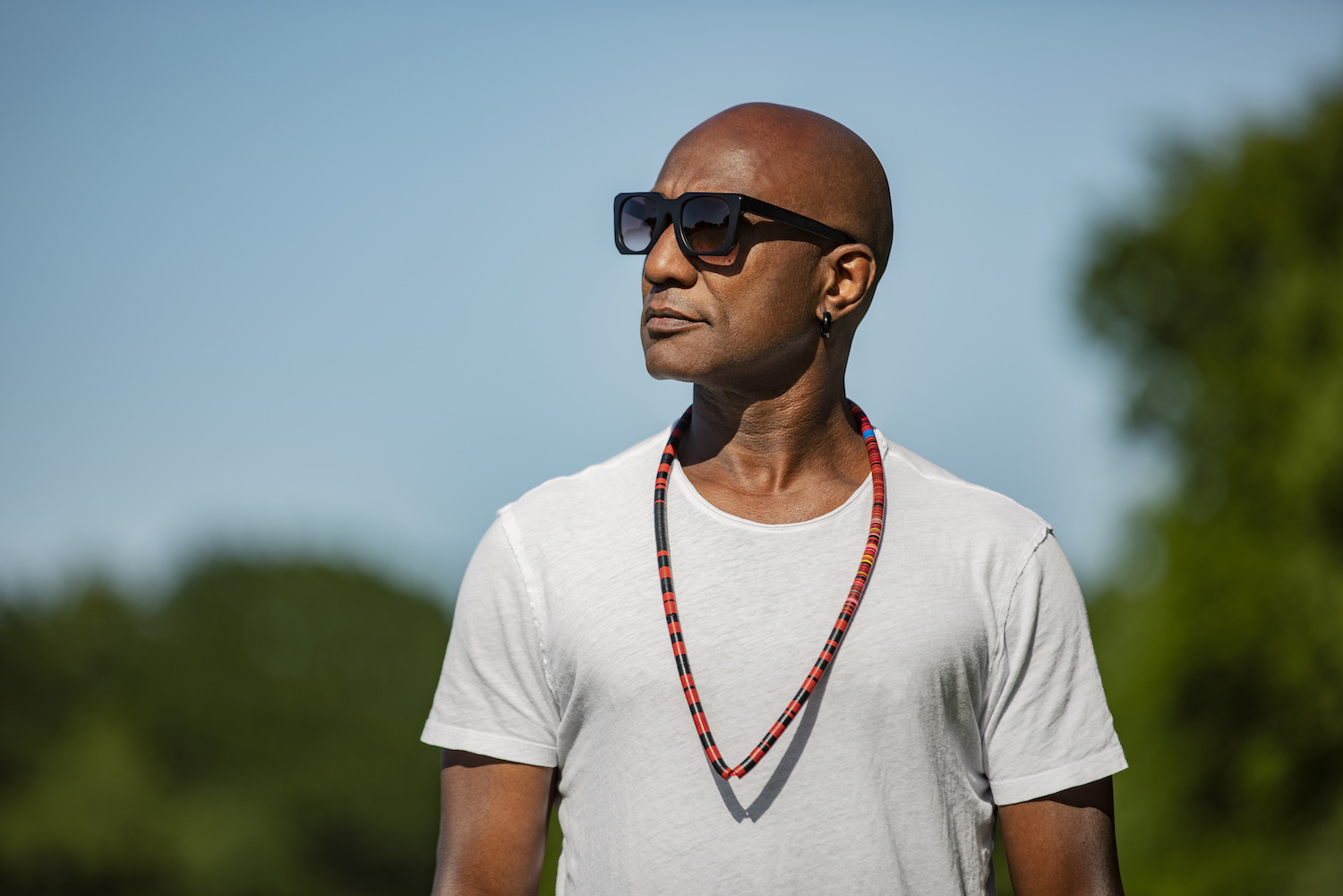 Quenum has an established 30-year career that gains the attention and respect of both techno legends, and younger fans alike.

His knowledge and thirst for music originated in London during the nineties playing at legendary clubs such as The End and The Velvet Rooms for Carl Cox’s Ultimate Base nights. Moving on to work with Luciano, they made history, forming the famous Cadenza label.

As a solo artist he has released outstanding techno on Transmat, Crosstown Rebels, Cocoon, Fabric, Get Physical and more…

Quenum – Valley of the True

Quenum – We are Together

In my house there was music playing constantly 24-7. My parents listened to different stuff, soul, French songs, Nigerian music, salsa, just everything. Any excuse was good to crank out the volume and have a party. For many years we lived in Ivory Coast, and there you could listen to music as loud as you wanted. My father would put the speakers out in the courtyard and play full volume, and the neighbors would be super happy and if they heard there was a party going on, they would just show up. In my house there was a lot of fun around music, and singing and dancing.

I think the big electro-shock came for me early on, in the 1980s. I was in New York to perform as a break-dancer, and the crew I was with took me to the Roxy club, that’s where they had the dance battles. That night it was DJ DST playing, with Herbie Hancock doing a live set, performing Rockit. I mean it doesn’t get better than that. At the time that was like extraterrestrial stuff for me, I didn’t fully understand it but it changed my life.

When I was a teenager my parents sent me to boarding school in France, near Paris. It was so sad, so I tried to go to my uncle’s every weekend, he lived nearby. He worked in the security team at the Palace in Paris. This was a legendary nightclub, like Studio 54. I used to go to the Palace with my uncle, and I can tell you it was much better than being in that Catholic boarding school. So I went less and less to school, and more and more to the club. I saw great performances there, like Grace Jones. And I was always hanging near the DJ booth, I just wanted to be that person.

Fela was my first big influence, his music and his style had a strong impact on me. My parents listened to his music constantly, I grew up with afro beat, my father loved this. What hit me the most were the percussions, the rhythm, and the horns. Another big influence is Wally Badarou, a genius in electronic music. I really love the album he released in 1984, Echoes. He inspires me with his way of using synthesizers, and the melodies he created.

The latest album by my dear friend Christophe Calpini, called ‘OKT4V’. He’s a rare human being, a talented musician, and producer who is also kind and humble. He’s worked with big names, in all kinds of genres, and is very open-minded. Beautiful music.

In my studio, my favorite piece of gear is the Moog Slim Phatty, I also use a lot the Korg Electribe SX and the Doepfer R2M. And I have loads of software on my computer. My studio mixer is the Venice F16.

For DJ’ing, I use USB keys and vinyl. Of course it’s super-easy with USB keys, especially for traveling. But some releases are only on vinyl and not digital, and I also I have a collection of vinyls that I want to keep using.

A lot of releases coming up. First, my EP on the AdMaiora label, with remixes by Cristi Cons and De Walta. Then another EP on Diversions Music. There’s also my project with Rich NxT, which will be released on Infuse. And a remix of Mathew Jonson’s track, ‘Decompression’. At the same time, I’m working non-stop on my solo album, that’s a bit further into the future.

In the current situation I don’t have any gigs, just a few here and there locally. You can catch me on SoundCloud. I am doing more podcasts and I’m super happy Balance asked me to do one for them! I played a few times in Australia and it’s one of my favorite places in the world, not just to play, I made very good friends there.

I made this podcast with CDJ mix. Each podcast I make is different, according to how I feel on that day. If there’s one track on this podcast I would like to bring forward it’s my latest release on Squillace’s label, This And That. The track is called ‘Like a River’, and it’s special because my son worked on it with me.

Haven’t watched any films lately, sorry, too busy with music…