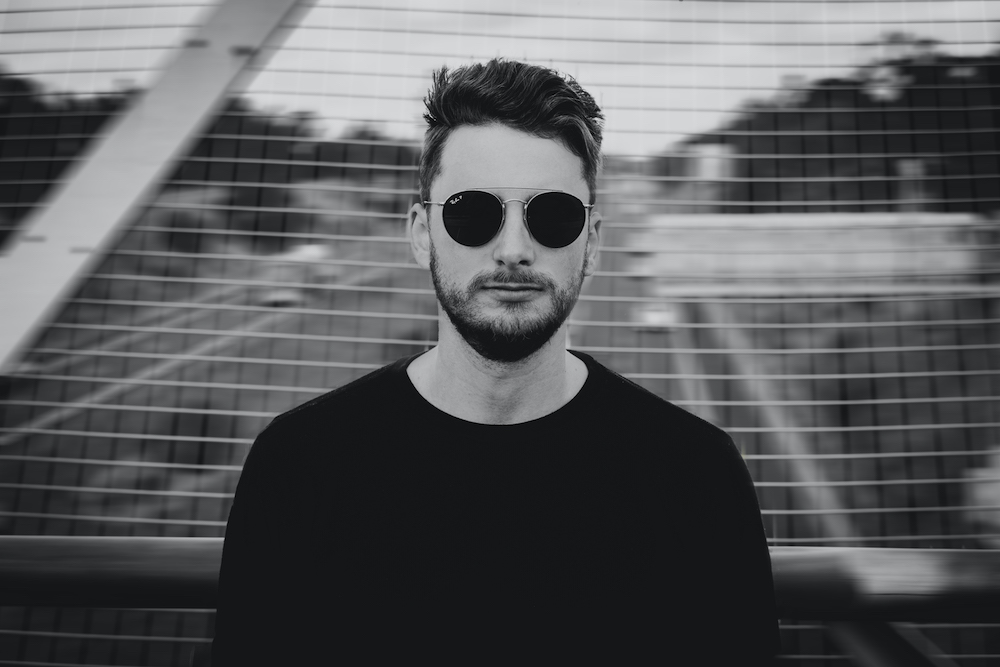 Filter Bear has consistently shown his commitment to quality, honest and emotional music straight from the heart, and to the dance floor.

With multiple releases on respected labels such as Lost & Found, Armadillo, Traum Schallplatten, Replug, Manjumasi, Dawn till Dusk, Juicebox Music and many more, Filter Bear’s music has reached far corners of the world thanks to a truly unique sound and artistic identity.

His ‘quality over quantity’ approach to production has ensured that every new record comes with an element of surprise, that will keep you coming back for more.

Filter Bear – A Cloud Without A Home [Traum Shallplatten]

Before coming to Australia, I spent most of my childhood in Russia in the early 90’s, so the house was filled with a pretty diverse set of genres. My parents loved Russian and Euro pop music, classic rock, jazz, disco, and everything in between.

My grandmother was a professional pianist. Having spent a lot of time with her from a young age exposed me to classical music. It was her influence that got me really hooked and interested in music in general. She would lovingly teach me musical theory basics, Italian musical terms and she also tried to get me to also learn the piano (I still regret to this day that I didn’t take it more seriously back then). I chose to learn the saxophone instead and was lucky enough to have grandmother teach me theory as well as letting me accompany her playing the piano.

My grandmother also taught me to seek beauty in any genre of music, which is a mindset that I’ll proudly carry for the rest of my life.

It’s hard to pin point the exact moment, but I would have to trace it back to hearing some kind of 90s dance track on the radio and instantly being addicted to the melody or hook. I also used to listen to the Wild FM CDs, where I got to know pretty much all the dance hits of that time.

Daft Punk’s Homework album definitely played a role early on in getting my ears truly perked up to this strange electronic sound that I’d never heard before.

I started going to under 18 dance parties from about the age of 15 or so. At that time, NRG was very popular, so that was probably the first time I saw a DJ playing to a crowd. That was a lot of fun and a bit of a gateway to proper clubs.

The biggest ‘moment’ for me to this day however, was seeing Daft Punk’s Alive 2007 show live in Sydney. Everything about that gig was magic. Being so fresh to the scene, there was huge anticipation for seeing such a rare act and it didn’t disappoint. A mesmerising, mind-bending experience. I still get goose bumps thinking about it. What makes it even more special is that this particular show was their last ever public performance to this day (as a full tour).

Butch is one artist that always surprises me with his amazing range, versatility and musicality – an incredibly underrated producer in my opinion. Guy Gerber, Henrik Schwarz, David August, Joris Voorn, Guy J and Brian Cid are all special in their own unique ways, continuing to inspire me with their masterful magic in seamlessly weaving groove and melody. I find that these guys just nail that perfect balance of creating memorable moments in their music but doing it effortlessly.

Ad Astra soundtrack – I just loved the tension created with the soundscapes written by Max Richter and Nils Frahm. Soundtracks like that are also a form of meditation for me. I also have to mention Beat & Path’s latest Winter Pathways 2020 compilation, which I absolutely loved from start to end.

My studio consists of a relatively clean and software-based setup. Ableton has been my go-to from the start, so I doubt I’ll ever change. Native Instrument’s Komplete has served me well along with a few other little bits and pieces. I’ve recently gotten into Cthulhu, which is great for writing chords and melodies.

Regarding software vs. hardware, I’ve heard some amazing (and terrible) music made on both spectrums, so I think the debate is totally pointless. Personally, I’m currently using software only and finding it more than enough for now. In saying that, I do need to physically play and touch instruments, so a full size midi keyboard is a must. I’m also working on a project at the moment using my old saxophone, so technically that’s the only real hardware in my studio for now, but never say never.

For DJ’ing, I’m using either a Traktor setup or CDJ’s – both have their advantages in various situations. Again, to me it’s not a matter of what is technically more challenging, but about what sort of journey I can create using these tools. Music is what matters most!

Up next is a release I’m doing for a good friend from Israel – Golan Zocher. I can’t say much more about the project but those with a keen ear will find an easy hint about this in my Balance mix.

On the collaboration front, I’m planning to work on another project with Luka Sambe in the near future. Our studio time together always ends in some sort of alchemy and magic, so I’m pretty excited about that too.

I’m also working on an extremely personal record, featuring perhaps my most treasured sample featuring my grandmother talking to me about the meaning of music. Since she recently passed away, it’s been quite hard to get back to working on this, but once it’s ready, it will be very special, so look out for it once I announce more details.

Obviously international travel is out of question for an unknown period of time. Once things get back to normality in Australia, I’m looking forward to focusing on doing more local gigs.

For too long we’ve had an over-reliance on touring acts. Now is the ideal time for local promoters to really put a genuine focus and spotlight on local talent, who need it most (and now more than ever).

I made this podcast on Ableton mostly to add some special touches/edits to certain tracks. Amongst the beauties in this mix there’s a very special ID along with ‘How Can We Predict The Fog?‘ from my latest EP on Dawn Till Dusk. Also, keep an ear out for some slightly unexpected samples sprinkled throughout the mix, which will reveal to you some of my earlier influences in electronic music.

I wanted to make this mix an interesting journey that starts of deep, gets groovier in the middle and ends with peak in energy towards the end, while staying true to my personal taste and style.

Something that will never leave my wallet is Guy Gerber – Secret Encounters. Insane record that never fails to deliver.

‘Honeychord‘ came out earlier this year on Balance’s own Dawn till Dusk. This track for me was the perfect combination of my current musical personality and expression. Not too gentle, but with my usual melodic touch. This track’s melody gets me every time.

Once Upon A Time In Hollywood – one of Tarantino’s best I thought.

The Sopranos. Despite having watched it more times than I could count, I’ll forever return to it. Nothing has or will ever come close! 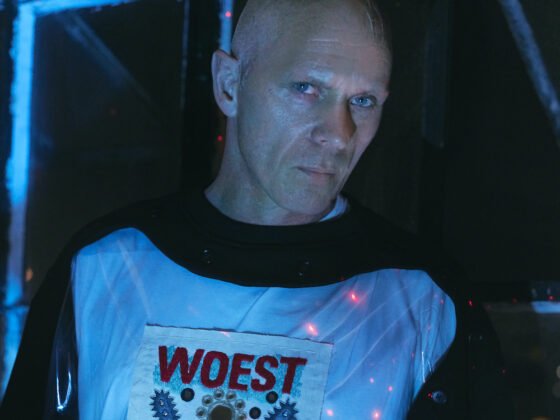