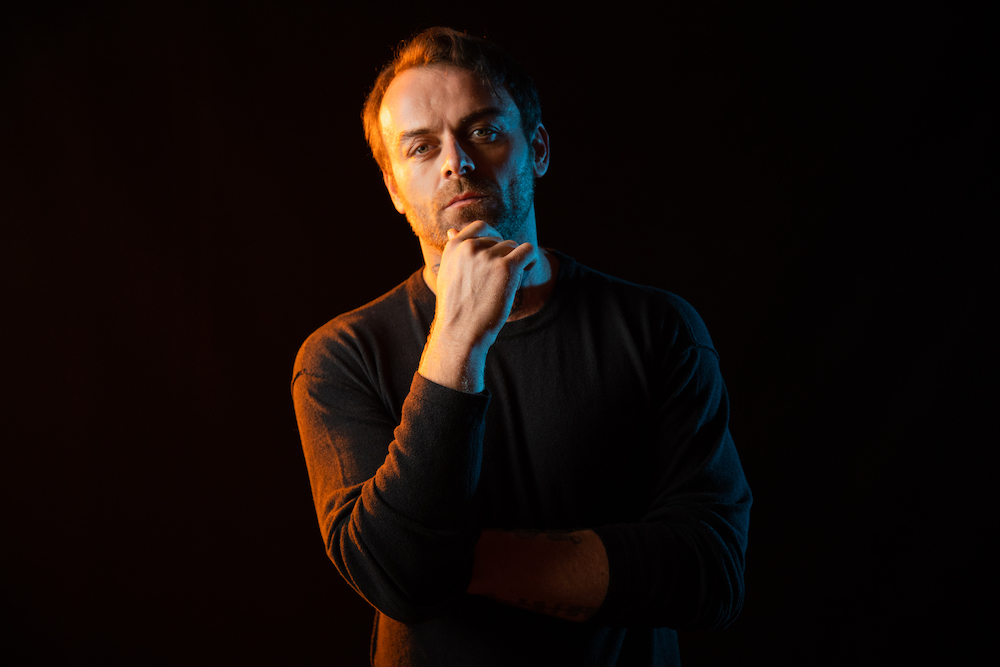 Ryan Murgatroyd is starting to see the benefits of an entire lifetime consumed by, and immersed in, electronic music.

Having already featured on labels such as Get Physical and his own imprint Swoon Recordings, his productions continue to draw worldwide attention.

The past year has seen him perform high profile gigs at Watergate, and Black Coffee’s night at HI Ibiza, amongst many others, garnering him huge audience support and further recognition.

With a discography that spans the last ten years, he always brings spiritual and musical vibes that shine bright, and, with a voice of their own.

Ryan Murgatroyd – Is That You

Well, unfortunately my mother tortured me with Meatloaf and Eric Clapton, and other horrendous 80’s music. “Hurt so good! C’mon Baby Make it Hurt so Good…” that sort of thing. But luckily, my grandmother was into whacky classical and world music and that really played around the house a lot and inspired me. I was more of a live music man until I found the rave when I was about 14, and then that was me.

Daft Punk – Da Funk. After hearing that acid line and that filter house sound, I was a goner. That was a magical era of electronic music and I’m still influenced by it.

I was a big trance kid when I was very young, so Paul van Dyk and those sort of artists were huge for me. I think you can still hear a progressive influence in my stuff today, albeit much more subtle. I saw a few of those artists back in the day and I really reconnected to the whole thing watching the first season of Diynamic at Sankeys in 2014. Back when David August was an up and comer. That season of shows changed my life. Also, Rudimental live in 2013 had a big effect on my use of soulful vocals in my tracks.

Well first off Nils Frahm because I think he is legit the greatest composer alive right now. Bonobo, and Jon Hopkins on the downtempo side and a lot of early French house like Cassius and even filter house and American soulful house. So really a huge number of sub genres of electronic music.

I’m a huge hardware cat. Prophet rev 2, Modular system with Mutable instruments plaits, rings, marbles, tides. I’m obsessed with modular and particularly with Mutable Modules. Khuzeka, which came out on Get Physical last month was written exclusively on modular. Then I use a lot of Omnisphere, NI Komplete 13 and Pigments from Arturia because they all make very unique timbres.

My new record ‘On My Mind’ is out on Swoon recordings on 13 November! And then a follow up release on the label 2 weeks later. I’m sitting on an avalanche of new music but my new sound is very much a homage to the classic French and filter house influences I mentioned earlier.

Well right now I’m In South Africa with residencies all over the place. I’m playing a few Swoon label showcases – one on 8 November, a sort of Sunday picnic thing. But do head on over to my socials for the full schedule. No regular podcast but lots of live streams like every other DJ in the world! And I have a patreon where I teach music theory and stuff too.

Well this is mainly my own music. A lot of it unreleased or pre released stuff and it’s a full live set, so I played live piano, live modular riffs and two synths. In fact I recorded the video as well if you’d care to put it up for the listeners so they can see the workflow. But yeah all my performances including this one are fully live. For example, the first track is a live improv over an unfinished original called ‘Need Your Heart’ feat Amy Jones. Then there is unreleased music from my project Bantwanas, out on Anjuna deep in a few weeks. And then On My Mind, the premiere is in this mix. You’ll know when you hear it.

Uone & Western are the Lone Wranglers