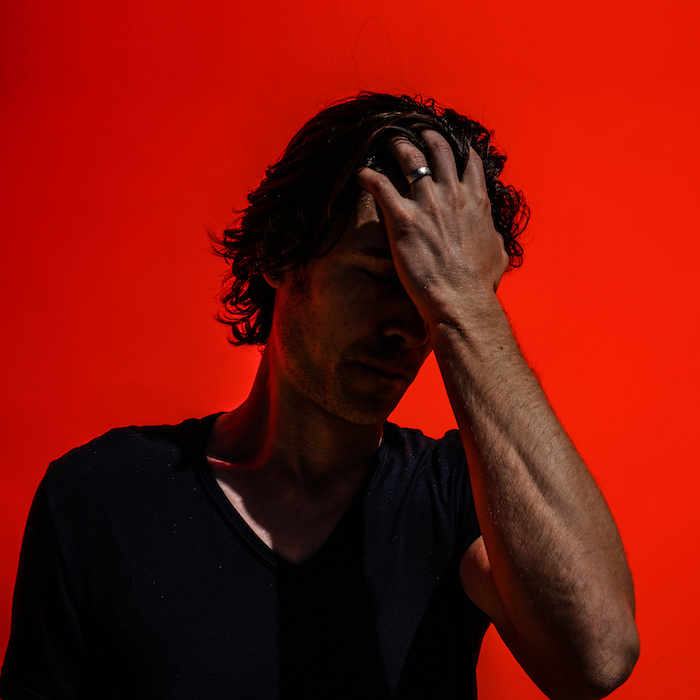 The San Franciscan native has a sound that weaves Intricate grooves, dreamy textures, with a signature playful and whimsical bounce.

With an electronic music obsession that spans more than 20 years, Mark Slee has evolved a deep musical style that reflects a unique personality, blending intuition and introspection, with a methodical approach to production and curation.

Fully committed to digging the troves of modern dance music, he aims to uncover releases that stand out, and in 2016 joined forces with musical partner Atish to form the label Manjumasi, which celebrates quirky and forward thinking dance music that doesn’t forget the dance floor.

Beyond Manjumasi, Mark Slee’s original productions and remixes have been released on such imprints as Cityfox, Seven Villas, Magician On Duty, Proton Music, and more.

I was pretty all over the map as a kid, but my parents definitely did have music on in the house. There’s a photo that stands out in my mind of me as a baby, lying on the carpet just staring into the record sleeve of Stevie Wonder’s “Songs in the Key Of Life.” I remember listening to a lot of classic old music like that (and some of it was a fair bit cheesier, e.g. Rod Stewart and Phil Collins). But, also lots of English classic rock, I was definitely hearing David Bowie, Eric Clapton, Jimi Hendrix, Led Zeppelin, etc… I grew up in the 80’s and 90’s, so as I approached middle school I then became super interested in grunge music – Pearl Jam, Soundgarden, Stone Temple Pilots, Nirvana, etc… And, some heavier metal as well.

I got the electronic music bug around 12 years old when a friend of mine turned me onto Orbital and Aphex Twin. Both of those just completely grabbed my attention. I had previously complained about the lack of “real instruments” in electronic music and tended to dismiss it – but I think as soon as I heard the Richard D. James album, that concern went right out the window. The sounds were just so unique and sucked me in. I started searching for more and more, quickly branching out into all sorts of electronic music across a wide spectrum of genres. A few things that stand out in my memories from that era are the WARP catalog in general, lots of trip-hop (Tricky, Portishead, etc.), Underworld of course. Also had a liquid drum and bass phase, I still revisit LTJ Bukem’s Earth compilation series to this day. And then eventually I started discovering more DJ mixes and dance-floor oriented sounds. As trance phased out and deeper progressive house was developing around the end of the 90’s into the early 2000’s, that’s when I became more focused on the type of dance music I was interested in making myself.

I am not sure I actually recall my very first club visit – so apparently it wasn’t too remarkable. I grew up in the suburbs of Chicagoland, but moved off to college in California at age 17, so I had been too young to actually catch any of Chicago’s proper house music scene. I learned a lot more about that in hindsight. The first shows I remember were when bigger names would come through all-ages venues, someone like Paul Van Dyk or Richie Hawtin would play a more mainstream venue like the House of Blues. I also remember a New Years party with Green Velvet and BT on the lineup. Had a good time at those shows, but they weren’t transformative. I was already hooked on the music listening at home, going out really came later for me. It wasn’t until I’d moved to San Francisco after college that I really found a clubbing scene that resonated with me (big thanks there to Scott Carrelli’s long-running Satellite Wednesday series, as well as all of Gunita’s Listed Productions events).

Big fan of Acid Pauli lately. Love how much his sound has evolved over the years and over the course of so many different projects. It was incredible to have him do a remix for my recent EP on Manjumasi. That was really one of those full circle moments in music, as my label partner Atish and I were reminiscing about high school in the late 90s, listening to “my dog eats beats” which Martin had released under the name “console” at that time. It’s now more than 20 years later, and we’re both still loving the music he is making. I very much appreciate that he’s always simultaneously crafting stuff that works super well on the dancefloor, but also not afraid to go off on more minimal or experimental tangents across different releases.

Another inspiring dance music producer for me is Pablo Bolivar, who is just a total master of that really deep, groovy, emotive style. I have been following his output and his Seven Villas catalog for years, has to be some of my most consistently played material. The consistency and tastefulness is extremely impressive.

As for full albums, recently picked up a vinyl copy of the latest from Rival Consoles, ‘Articulation’. Absolutely beautiful album. I keep an eye on the Erased Tapes catalog in general, and that one is just a really, really engaging record.

I am pretty laptop focused these days, as I have found that for me it is the quickest path to creativity. I have collected a fair bit of hardware over the years. My favorite pieces tend to be drum machines oriented towards groove construction, I still love the simple old Korg Electribe ER-1, and I also really like the Elektron Machinedrum. But I find that with hardware I tend to get stuck in fun jam sessions which don’t develop into full compositions. It’s when I dig into Ableton and force myself into arrangement view that ideas really get fleshed out and musically developed. So these days, I try to go there sooner in the process. I’ve also found that getting comfortable working with less gear frees me up from psychological blocks, e.g. feeling like I “needed” to be in my studio with all the little boxes to be productive was a crutch for me in the past. When I’ve relocated without all the stuff, things have actually gone quicker. So, now I try to embrace that process more often.

When it comes to DJing live, I started on CDJs, switched to Traktor for years, but ultimately came back to CDJs – I prefer the immediacy, less between me and the room. For studio mixes, I arrange those in Ableton, as I like having the additional production tools at my fingertips. My personal approach to studio mixes is to really showcase the track selection and the weaving of a story vs. showcasing the technique of mixing tracks on traditional DJ gear. Both are important skills of course – but with studio mixes I feel very aware that people are listening in a totally different context from the club. Typically, the music will be heard at home or work with headphones on, or in the car – never out at a club. So I enjoy using a separate production process that reflects that major difference.

As of late, during COVID, I’ve also started doing some ambient studio mixes – which have sometimes just felt more like what’s needed right now (certainly for myself).

I’ve actually just gotten through releasing quite a few EPs in 2020, most of which were produced while living in Amsterdam last fall and winter. That was an incredibly productive time for me. The last few of those just came out on Manjumasi (Grapeseed EP), Cosmic Society (Seizoen EP), and Magician on Duty (Silverbeak EP). I’ve been a bit quiet on the production front lately as my wife and I just welcomed a baby girl into our family this past June, but I’m now gearing up to make some more studio time for new original work.

Just online at the moment, as we are on lock-down with most of the world! I release studio mixes regularly each month via my Soundcloud page

As described above, I compiled and arranged this mix in Ableton, working across a few different sessions, trying out different combinations. A standout track in here for me is Øyvind’s ‘Floater’, out on Traum – amazing synth work on this one. It’s not in this mix but I also highly recommend ‘Fønvind’ from that same EP, killer stuff. Also wanted to mention Tibi Dabo, a quickly up-and-coming producer who’s work I have been loving, really nice layered work, very musical. Last but not least, shameless self-promo, the opening track here is Grapeseed, from my latest Manjumasi EP.

Particularly for our current home listening times, I have been absolutely loving Bookwood – The (Un)happy Song (Midas 104 feat. PAULA Rmx)

Would have to recommend ‘Nocturne Belle‘ – this is a track from 2016 that we launched our Manjumasi label with.

What a question. Nearly impossible to choose just one, my gut says to go with ‘Spinning Away‘ by John Cale & Brian Eno, have just always loved this song.

There’s a new Charlie Kaufman film out on Netflix called ‘I’m Thinking of Ending Things’ – I’m a huge fan of his work. This wasn’t necessarily his best, but it definitely has his bizarre existential touch.

Probably would have to go with Black Mirror, though lately I’ve been enjoying some lighter material: the Great Pottery Throw Down. The soundtrack actually features a bunch of brass band covers of classic house anthems, so bonus points there.