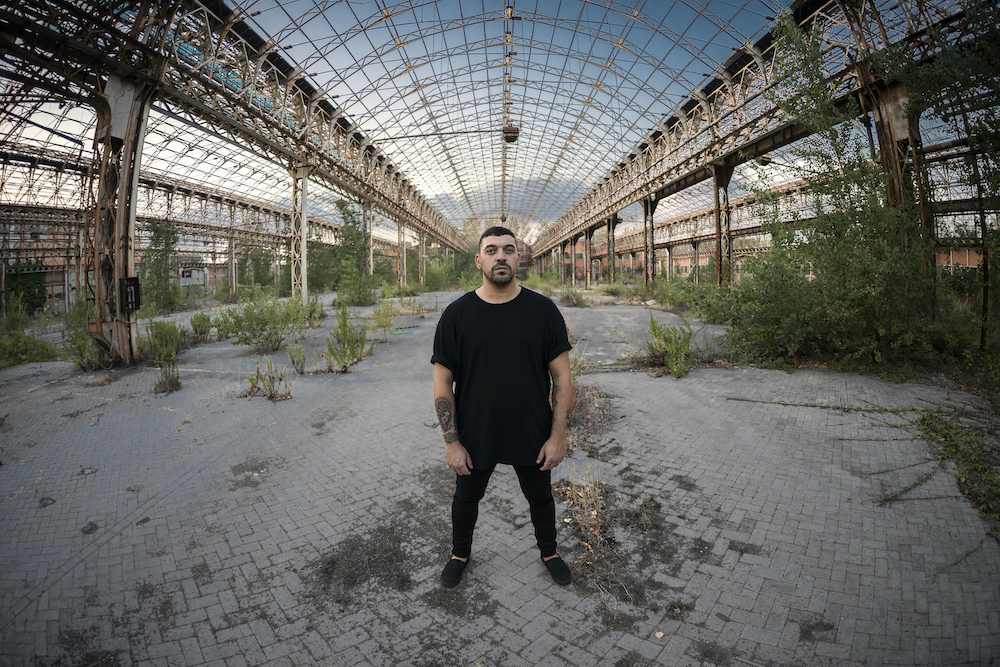 Luigi Madonna has been a standout talent in the electronic music space for over two decades, loved by audiences and industry peers alike for his magnetic personality both on and off-stage.

Absorbing influences from his native Italy, along with those who have gone before him, Luigi has created a definitive sonic palette founded on stripped-back techno and experimental sensibilities that have rightly earned him his place amongst techno’s elite.

Luigi Madonna – The Colours Of The Day

Hmmm, that’s a nice question to be asked! The first time I put a record on the turntable it was at my grandfather’s house who had one that he took great pride in. The record that I can first remember playing was a record by Lucio Dalla a famous Italian singer-songwriter who played a big part in the history of Italian music. I must have been at most 9 or 10 years old and I think that was when my passion for vinyl was born. In fact, at the age of 11 I bought my first turntables, mixers and monitors and from there it has been a succession of musical evolutions and a long and interesting journey, from the Fugees, Lauren Hill and other hip hop to dance and electronic music; from house music to techno over the course of more than 20 years.
Among the many artists that attracted me to electronic music there was a period when I loved The Prodigy, Massive Attack, Underworld and Depeche Mode etc … Although I have to say that I have always listened and still listen to a lot of rock, indie, blues music. Variety is the spice life!

I listened to the radio a lot as a child too, it played an important part of my musical journey and was the only way for me to listen to DJs mixing. “Radio Deejay” was an important station for me and was where Giorgio Prezioso an Italian DJ who, among other scratch champions, was playing a lot on this station. He used to play progressive music on his weekly program, but what I was interested in was to take notice and understand his mixing technique. I found a fascination with how he was able to mix 2 tracks together and make it sound great and smooth. I’d say that listening to his mixes was how I began to learn how to mix. I always had an electronic streak inside me which then really blossomed like a fresh flower in the early 2000’s, inspiring me and introducing me to artists like Richie Hawtin, Sven Vath, Adam Beyer… the beginning of a new techno era.

My first time in a club atmosphere was when I was almost 14 years old. Yes, I was pretty young and I remember my mother would only let me go if my sister, who was older than me, accompanied me. I was happy with the deal as me and my sister have always been very close and she took me under her wing and kept an eye on me. The party was at the Disco Metropolis, one of the largest clubs in Campania that’s sadly now closed. It would hold 6,000/7,000 people when full, and the artists playing that first night were Dave Morales and Satoshie Tomiie.

My mission was almost one of fact finding, like a research trip, hehe. I took a small camera with me to record them mixing and I managed to muscle my way to the front and capture my footage, this wasn’t an easy task at the age of 14 in a massive venue with thousands of people but I achieved it. I must have watched that footage a thousand times!
It was an unforgettable evening for me at that age, going to listen to my idols of that time was priceless! It really was an important step in my path to developing as an artist and I hold that night close to my heart.

There are many artists that have inspired me and have formed my tastes over the years. I’d like to mention Frankie Knuckles and François K of that era as they really did inspire and mould my views on music at my formative time and still do to a certain degree today, some of their influences still play a part in what I do.

In recent years I tend to listen to an awful lot of music that is not techno when I am not playing, producing or preparing for a set. I try to draw more personal and musical inspirations from listening outside the usual “techno box”, that’s to say from what I am audioally surrounded by, what is happening and what I choose to be my soundtrack when I’m going about my day, either at home or in the car. I try not to be influenced by other artists because I want to be able to express myself 100% when I’m working on future projects in the studio. Perhaps this is a different approach to others and I’m of course not saying I don’t listen to the work of others but I like to keep my style and creative process as fresh and personal as possible.

Hmmm, that’s a good question. I recently listened to Underworld’s ‘Drift Series 1’. I have to say I LOVED IT! I’d 100% recommend it to the readers.

The studio is always evolving, I like to try and open new musical frontiers. At the moment my studio consists of: Techno System by Erica Synth, Moog Mother-32, DFAM, Subharmonicon and Behringer Neutron, which are my favourite actually and we used some of them, like ‘Techno System’ on the new ‘Mad World’ EP. Also I used plug-ins like Diva, Repro-1 from UHE.
When I DJ I prefer playing on 4 CDJs or vinyl (if I know the set up will be right) or a mixture of both which enables me to play some special records that I have. For the mixer I prefer the Xone 92, I feel the mixer has a nice warmth to it. Although I recently got my hands on the new Pioneer V10 and I must say that mixer was very very nice to play on.

I’m working an awful lot in the studio right now, with the current situation meaning that touring isn’t happening, I’m choosing to invest this time wisely in the studio. My last record released on Drumcode came out in October and I’m putting another one together for the new year and there will probably be an album for winter 2021. It’s exciting to see where the new music will take me!

At the moment there are no gigs, so we will have to wait a bit like everyone else, but there will probably be a surprise soon… Keep your eyes open guys ;-)

I have a simple setup with 2 CDJs 2 turntables and an Allen & Heath mixer in my studio. For the mix I only used the CDJs in this case, and well I have to say I selected a lot of new music for you. It’s nice to have somewhere to share the music I’ve been vibing off recently.

LONE, Kettama –  The Way You Feel