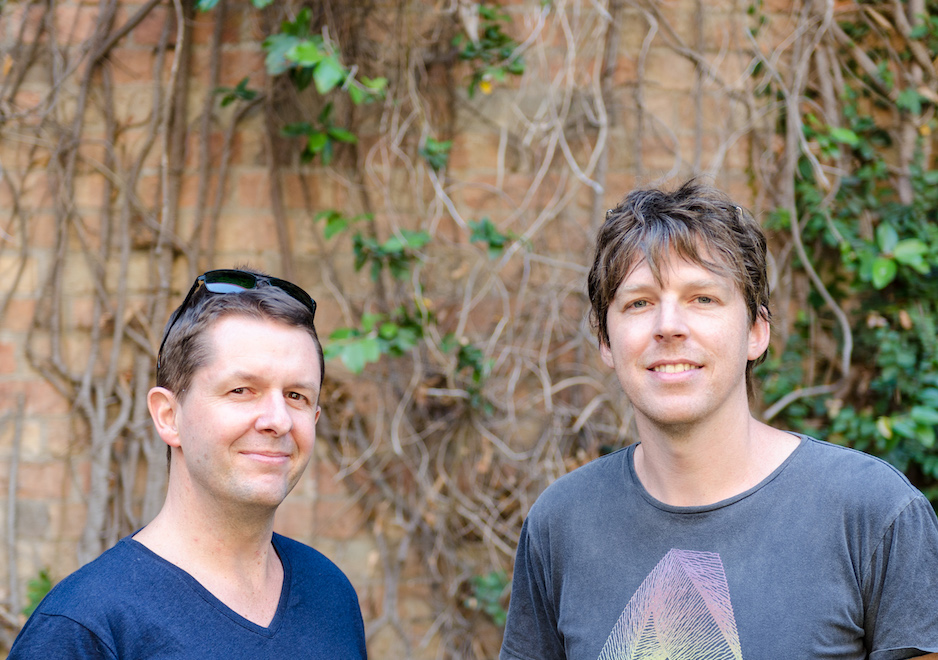 Melbourne’s GMJ (Gavin Martin) and Matter (Matty Doyle) joined forces in late 2015, which triggered a recognition and magnetism for their shared perspectives and love for deep atmospheric music.

2020 has also seen the conception and constant growth of the duo’s ‘Meanwhile Recordings’ imprint, which has opened to high regard throughout the industry, both as a platform for their own signature sounds, and as a home to some of the world’s finest.

With many amazing artists and releases on the horizon, GMJ & Matter are already on the way to establishing themselves as a force in the world of deep and atmospheric house music.

Gavin – My earliest memories were my Mum & Dads classical records! As i grew into a teenager I loved 80’s music & the emotional & often electronic elements to that, be it more ballads or even hard rock / metal.

Matty – My mum reminded me just recently that her earliest memory of me is of me reaching up high to take out the nursery rhymes tape in anger and replacing it with some absolute bangers of the time – probably the theme from Ghostbusters or Flashdance’s ‘She’s a Maniac’!

Gavin – For me, I loved electronic elements in 80’s tunes as mentioned, and early 90s started getting into more electronic club & rave stuff through iconic shows such as Transmission on 3RRR & visiting clubs like the Mansion or Chasers.

Matty – All of my mates were in to grunge when i was a teenager (90’s). I tried to like it, but it never connected with me so I started to explore the electronic realm. I pretty quickly found things like Underworld, Massive Attack and the Prodigy and knew I was on a much better path!

Gavin – Early 90’s John Course at Mansion! Then from there, early clubs & raves, people like Richie Rich, and Mark James.

Matty – Wow, this is casting my mind back… Perhaps it was Judge Jules at Bubble in Melbourne! I was underage and had snuck in, which is hilarious because I have a baby-face and could get ID’d now :-P… I recall watching him mix on a DJM500 using the flanger and filter to build the energy with the crowd. I had no idea that would kick start a passion in DJ’ing and producing music for clubs.

Matty – Everyone Gavin just mentioned plus a few extras: Sebastian Sellares, Paul Deep, Jamie Stevens, Luka Sambe, Funkform… All of which have featured or will feature on our label Meanwhile Recordings.

Gavin – I am running Logic X, an older IMAC & a host of VST’s, some of my faves being Repro, Ommisphere, Serum & Battery 4. Also enjoying Loopcloud & its flexibility!
This year i also bought a Dave Smith Prophet Rev 2 keys & Prophet 12 module which i am slowly playing with more. DJ wise my preferred setup these days is Serato DJ on my Macbook Pro with my Pioneer controller – I like having all my music at my fingertips & in ordered play lists! I still enjoy CDJ’s as well & often play on those too!

Matty – Production: Ableton Live, PC, a Moog Little Phatty, Virus TI and a heap of VSTs. I always find myself sound designing with Serum, because it has such an intuitive interface.
DJ,ing, I prefer using the Pioneer setup in clubs for DJ sets. For home mixes, it’s Traktor with an S3 controller. And, for live sets it’s Ableton with a Bajillion midi controllers doing various things!

Gavin – We have a host of originals & remixes coming up on our label meanwhile, as well as releases for Manual, Sound Avenue, Vapour, onedotsixtwo, Plattenbank, & more on the horizon!
There are a host of fresh releases from other exciting artists coming on meanwhile also!

Matty – Apart from the number of amazing tunes coming up on Meanwhile, we have a few coming up on Proton and Bonzai Progressive. I’m also in the throws of finishing off my first album which will be released on Meanwhile <3

… And keep an eye on Spotify for our regular mixes.

Gavin & Matty – Our Balance Selections was mixed live in one take using Serato DJ & Pioneer controller. The process of selecting tracks took a few sittings, to find the right balance & flow between our freshest tunes, as well as a lot of unreleased upcoming tracks from our label Meanwhile, and well a couple of choice new tunes from some top producer friends of ours!