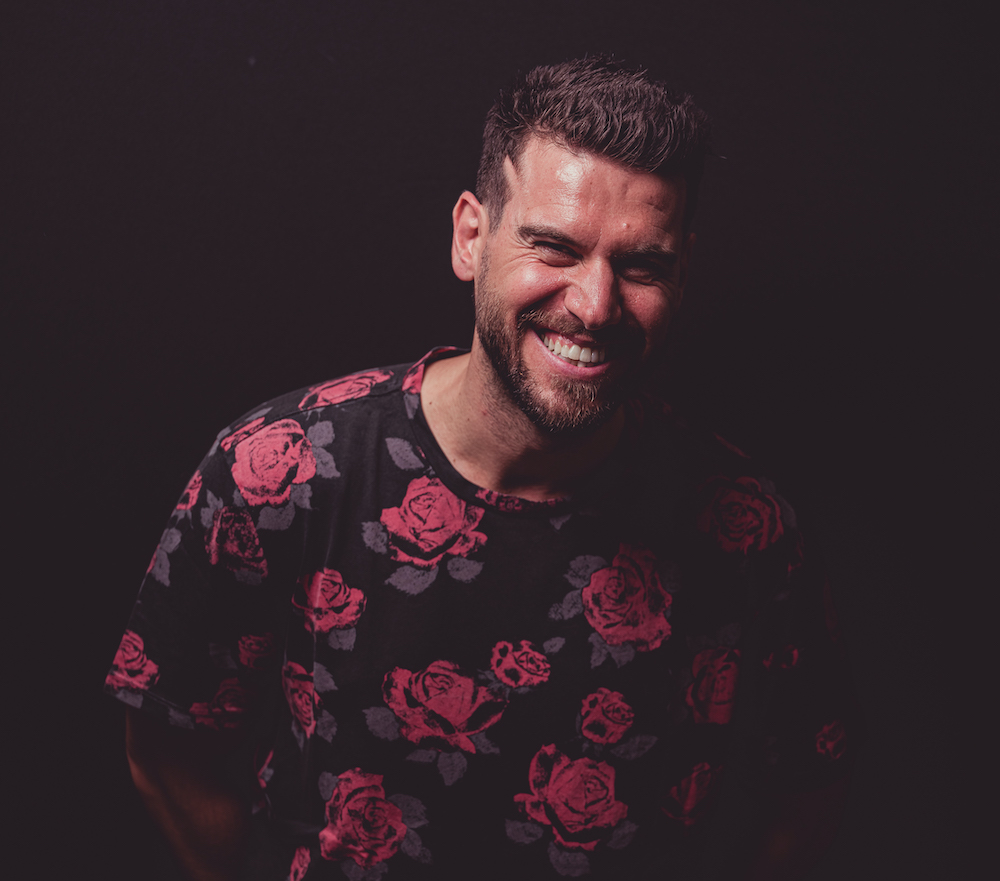 Bachir’s productions have gained alot of support from the industry, with Hernan Cattaneo being one of his earliest supporters. As a DJ he has had the privilege to play alongside the likes of Sasha, Lee Burridge, Damian Lazarus, Patrice Bäumel, Joris Voorn, Nick Warren, Henry Saiz to name but a few…

With a packed release schedule in the coming months, which include EPs on Third Avenue and Akbal Music, Bachir is set to be one of the stars of the Middle East scene, and beyond.

I have to give credit to my older brother, he is the one that introduced me to DJ’ing. He used to work at a local radio station and I used to watch him in complete awe. Once that love and passion for music was ignited, it’s been non-stop from there. Growing up, there was such a wide range of genres of music that I listened to and enjoyed, from heavy metal to hip hop to progressive rock to R’n’B.

When was the first time you realised that you liked electronic music?

I would say Faithless and Prodigy caught my attention and opened the door to electronic music for me, they had such a strong influence and inspired me to dive deeper into the realm of electronic music. More and more I started exploring other artists and sounds and the more I did, the more I fell in love with the endless possibilities of the sounds. The one track I remember having such an impact on me was Children by Robert Miles… A timeless classic.

Now you’re taking me way, way back. My first DJ in a club experience was in B018 in Beirut. For those who don’t know, B018 is one of Beirut’s landmarks when it comes to nightlife, an underground bunker with a roof top that opens up during the night. It was home for many every weekend, allowing the people of Beirut to escape and forget the stress of everyday life and the turbulent times the country was (and still is) going through. Anthony Pappa was playing that night, and I remember being blown away by his music, the energy around me, the reactions he was getting from the crowd; it was at that moment I knew I wanted take my music passion seriously.

Major influences for me, musically – Queen, Freddie Mercury, wow! The power in his voice, his stage presence, his musical genius have always been so inspirational for me and have been my driving force to continue pushing my passion and love for music. A current producer that I truly draw inspiration from as well and learn from on a constant basis, is modern day electronic music genius, Guy J. For me, he is absolutely number 1 when it comes to production, his music and sound is just on another level. I would also like to mention and recognize another artist whose career has been such an inspiration for me, Hernan Cattaneo. He’s always pushing boundaries, and his show on Netflix ‘Connected’ is a must watch… it’s absolutely amazing how so many perceptions about electronic music and the scene have changed because of him. Other amazing artists that I’m always on the look out for as they stand out for me: Patrice Baumel, David August, and RY X: one of the best live acts out there – such rawness and emotion in his music.

The last album I downloaded was Luka Sambe ‘The Fundamental Transience of Everything’ released on Armadillo Records. I’m constantly searching for new music, I do this regularly to keep myself updated with what’s being released and ensuring I expand my music library. I’m a fan of Luka’s, as well as Armadillo Records, so was intrigued to hear the album and of course was not disappointed. The album has such a chill, ambient vibe to it, with a sprinkle of deep prog sounds, which I really enjoy listening to.

I have a very humble home studio, treated with soundproofing. My devices include a Sub37 Moog, which I use on most projects. I also have a TR-8 drum machine and lots of VSTS, my main ones being Omnisphere and Trillian. I’m slowly building my studio, so exploring other synths to add.

I am very happy that the work and time I’ve put in the studio during this pandemic is coming to life. I have 3 EPs coming up in the next few months – one is on Akbal Music with 3 originals and a fantastic remix from super talented duo LADS. The second EP on Juicebox Music will include 2 originals and 2 remixes, one by Weird Sounding Dude, an artist whose productions I really like and one by Fabri Lopez, who has put together a stellar remix. My third EP will be out in July with another 3 originals on Stripped Recordings. I’m super excited and really hope that listeners will enjoy and dig the sounds that I’ve put together these past few months.

I don’t have a residency anywhere, but I recently launched a series of events that happen every Friday called ‘ESCAPE’ at an amazing beach resort that is 35 min away from Dubai. It gives me the opportunity to play every week but more importantly book and support new and upcoming local artists, which is something I find to be super important – giving the opportunity to talented newcomers to play.

First of all, I want to thank you guys for the invitation, I am grateful and excited to be featured on the Balance Selection Series. It is an honour to be listed among such great artists whom you have featured in the past. The excitement has been building up for sure and it has been such a motivation for me to deliver something super special, music created specifically for the set and never heard before. The set includes some originals by myself along with current tracks that really resonate for me – I really hope that everyone enjoys the journey.

That’s a tough one, so many top tracks in the DJ wallet right now but if I had to narrow it to just one….hmmm, it would be:

I would say ‘Limitless’ – intro track to my set on here, I think, currently, it’s my favourite.

This one right here is a piece of art… I first heard this track last year and it hit so hard, it’s the kind of track that pinches the heart and takes you on such an emotional journey. I’ve listened to it so many times and every time it feels like the first. Full on goosebumps ;-)

Actually, not a movie but a documentary, the most recent one about ‘Pele’ – what an absolute legend. The journey of a man whose passion and love for football made him into one of the greatest and most iconic players of all time. Such an inspiration!

Hands down, has to be ‘Dark’ – if you haven’t watched it, make sure you do! Not only is the show so good, but the soundtrack is equally as great. You’re completely glued to every episode, very captivating show – really enjoyed it.