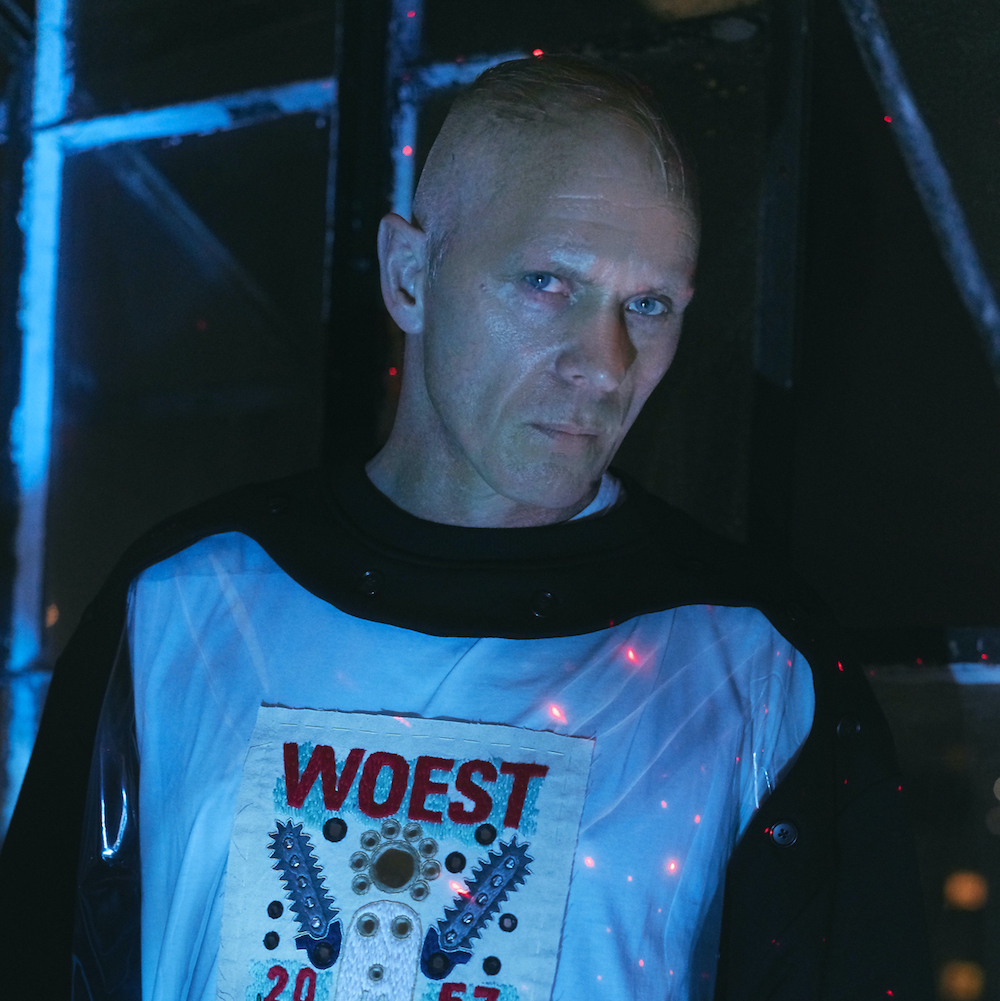 International DJ, innovative producer, and founder of the Superfreq, Plink Plonk, and End Recordings imprints, Richard West aka Mr. C emerged as a pioneering force in the house music scene in 1987 and has continued to be instrumental in the dance music industry since its inception.

He is best known as front man, songwriter & producer of the pop group The Shamen with whom he notched up a string of top 10 releases including the UK number 1 smash ‘Ebeneezer Goode‘, which went on to become a hit the world over.

Having toured the globe countless times and played at the best clubs and festivals throughout his career, to say that Mr.C is one of the most iconic DJs in the world would be an understatement… So, with that said… Turn-up the volume, and enjoy this mix of cutting edge and rolling tech-house grooves by the legendary Mr. C…

My mum loved music & would play a lot of Soul. Bands like the Commodores, Stylistics, Barry White etc. so I loved Soul music from an early age. I was never a pop fan as a kid although I did like Elvis Presley until he died, after which I strangely lost all interest in him. Abba were my next guilty pleasure aged 10 but I always loved to listen to Disco & Funk. At 13 I got heavily into Ska, which led to my love of all things dub & reggae.

I’ve always loved electronic music since I can remember. The theme track on the Dr. Who TV show was awesome. I remember when ‘I Feel Love‘ by Donna Summer was released & it blew my mind. I was 11. I loved Italo Disco & watching regular Disco evolving electronically with labels like Jump Street & Easy Street out of New York, making House music before it was really called House. I’m also a huge lover of Old School Electro from the early 80’s, which again was for sure part of the roots of what we know as House & Techno music today, as well as the roots of Hip Hop.

My first clubbing experience was aged only 14. I looked a little older so could blag my way in. London never used to have an ID requirement back in the day & everything was 18 & up. I went to a huge club in London called the Lyceum Ballroom. The DJ was a legendary Soul & dance music DJ called Steve Wright who went on to DJ on BBC Radio 1 before he tragically died in an accident in Ibiza.

I’m not really inspired by many artists or musicians but there have been a few over the years who have of course blown my mind & influenced my DJ sound. Larry Heard is the first musician to come to mind. Carl Craig comes immediately to mind too. I’m more likely to be inspired by individual tracks then specific artists.

The celebration of life inspires me.

It’s very rare that I buy entire albums these days but I recently bought the Bar-Kays greatest hits. They’re one of my favourite 70’s Funk outfits.

After closing my Watershed studio in London back in 2000 I’ve since used other people’s studios & worked with engineers to make tracks. I love the freedom to be an artist around the keyboards & have someone else drive the ship, but it’s high time I did that myself, so I’ve just set up a workstation at home. It’s a simple set up with Ableton 10 Suite.
My DJ booth in my studio at home is pretty sick. I have a pair of Pioneer CDJ3000’s & the DJM900NX2 mixer & 2 Technics SL1210’s. When I spin I use CDJs. No messing around with setting up laptops. USB’s hold tons of music these days & the new CDJ3000’s are sick pieces of kit.

I have a remix of a track called ‘Hold Me’ by Sam Monie coming in Q1 next year on Superfreq & I have another remix for Terry Francis to get finished before doing a new Mr.C EP, which I’ll release in Spring 22.

Since clubs have started opening up I’ve been getting back into DJ’ing very slowly, mostly sticking to my own Superfreq events. I’ve done 3 Superfreq events in England, a warehouse party in July in London, a stage at Summer Love Festival on September 4 & an underground in London on October 16. I also did Superfreq with Enter The Tech in San Diego in late June & Superfreq at the Brooklyn Monarch in August. I recently played an underground called Ways in Houston TX that was sick & then did a Superfreq underground in Dallas, both this month in October.

The next Superffreq in LA is on November 18th. I’m very excited as my partner David Scuba & I have Chicago Acid House legend DJ Pierre joining us, along with Xo Chic & IDeal. It’ll be an underground. I’ve also been playing once every 5 weeks or so since July at a night I’m doing called Souled Out. It’s a Tuesday night, small speakeasy vibe at an awesome spot called The Short Stop in Echo Park, LA. I play 70s Funk & 80’s Soul & Boogie at these. So much fun. Until recently I was doing lots of weekly live streams but haven’t done any since August. I’m going to get back to doing streams at least once a month on my Mr.C Mixcloud.

I mixed this podcast live using 2 Pioneer CDJ3000’s & a DJM900NX2. Every track is a standout track yet mixed they create a wonderfully twisted funky tripped out journey into modern House, Tech, Minimal & Acid. There’s a few of my own productions in there, some recent Superfreq tracks & plenty of great upfront new music, including a sprinkling of exclusive unreleased goodies.

Every track in my DJ wallet is a top track otherwise it wouldn’t be in there. My own opinion of what is the top track literally changes every 10 minutes.
Here’s something weird & wonderful for you though, ‘It’s called Be There in 5‘ (Round the Corner edit) by Broken Homes

My last Mr.C release from a year ago. It’s called ‘Celebration Of Life‘

Everyone alive needs to hear ‘Riot in Lagos‘ by Ryuichi Sakamoto

If you haven’t seen Harriot it’s a wonderful movie. 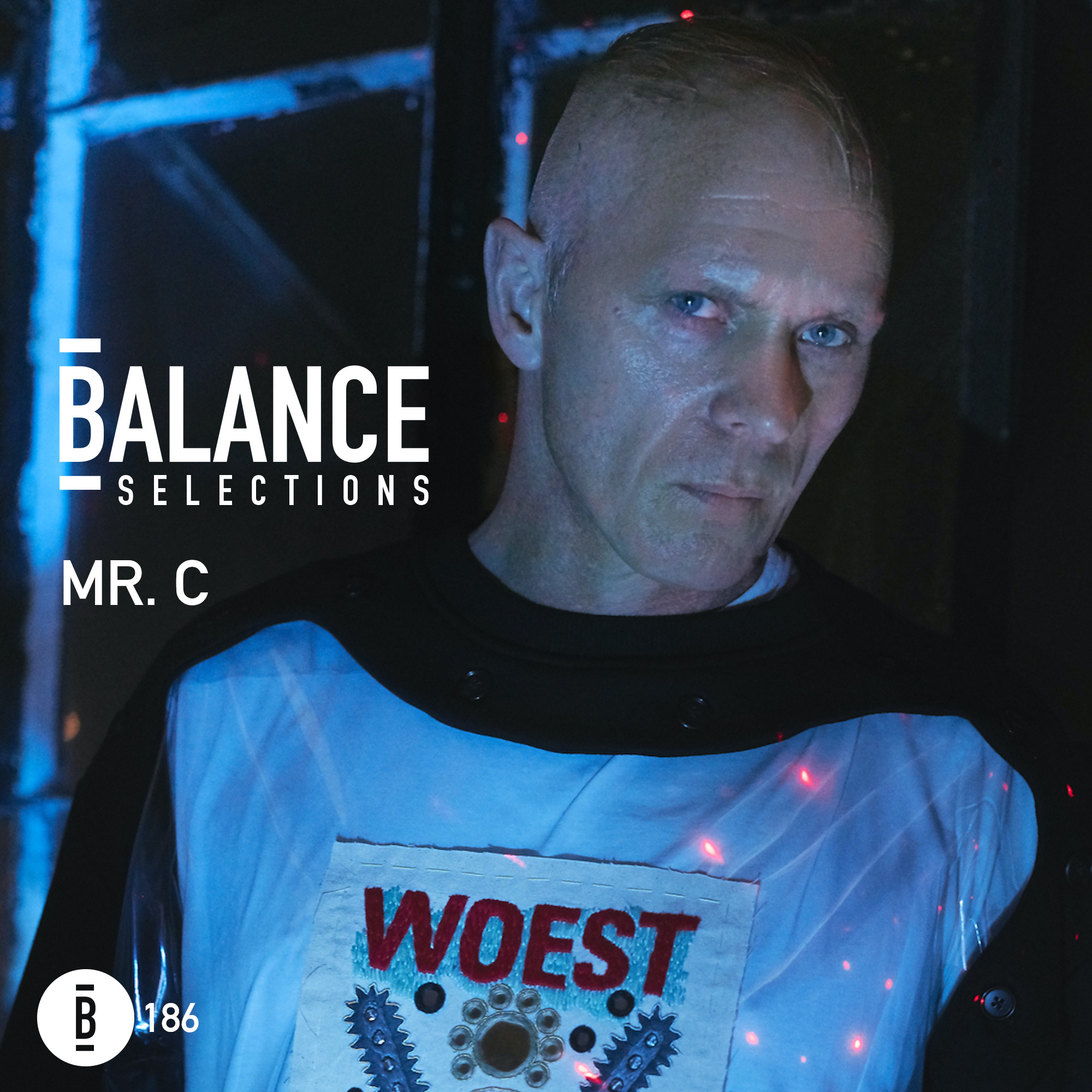