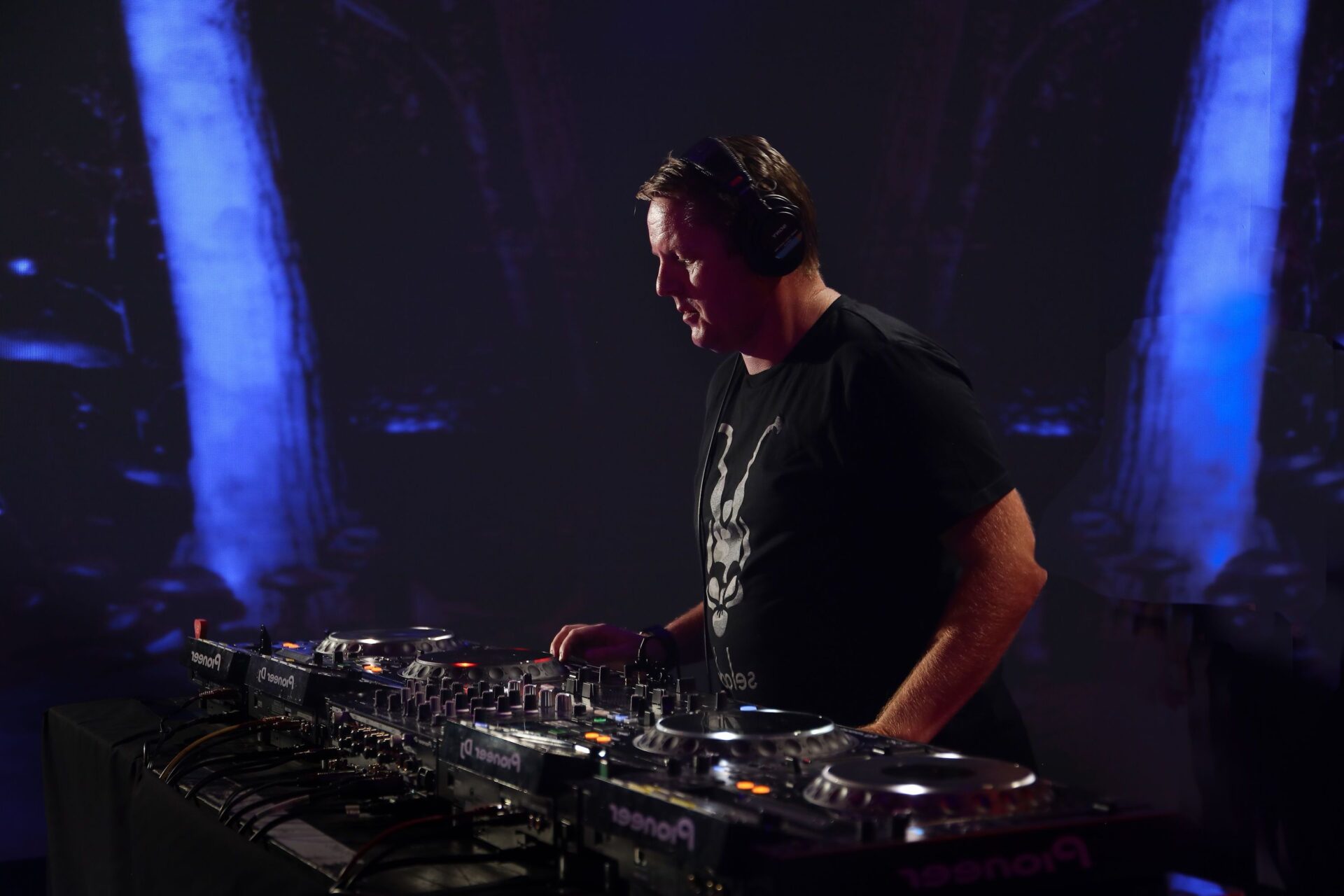 Quite simply, Steve Parry is one of the unsung heroes of the UK’s electronic music scene.

With over two decades of experience under his belt, he is without doubt one of the industry’s most respected figures, not to mention one of the World’s most underrated DJ’s.

Over the years, Steve has amassed a wealth of musical knowledge, and honed some serious DJ skills over his time with a host of headlining gigs across the globe.

Steve has also realised a lifelong ambition with the launch of his first record label, Selador Recordings, which he founded together with long time friend, Dave Seaman.

Inevitably, production has also grown to become a main focus for Steve in the last couple of years with several successful releases and remixes under his belt.

A music fan at heart, it kind of goes without saying, he is most happy immersed in his number one passion.


OK… First up is my ‘Selected Remixes’ EP – I invited 3 of my favourite producers to remix 3 of my tracks – and so I was honoured and delighted that Renato Cohen, Doc Martin and Bebetta all turned in damn fine reworkings. All very different vibes. And that’s why I asked them, so they could all bring something new to the table.


Marc is somebody I’ve never actually met – but we have chatted online for years, and we’ve done various bits of work together, and I asked him if he wanted to make a collab with me, and this was the outcome. It was all made remotely during lockdown, and I can hear his and my influences both coming through – and I love that! That’s what a collab should be, right?

Steve Parry – Roll The Dice / What You Make It // Selador

Two original tracks, both a bit wobbly and wonky and both sum up the sound that I play and love. Both track titles are taken from lyrics in tracks that were playing when our two children were born.

We always had the radio on, so I was exposed to all sorts of music, old and new. I always loved the chart show on a Sunday though, that was essential weekly listening!

My dad like The Beatles, Wings, ELO, and my mum liked George Benson, Earth Wind & Fire and Otis Redding. So I was listening to some fine music. It wasn’t all cool stuff, as we had Abba and Chas & Dave albums too! Haha…

When we were a bit older, me and my younger brother Neil had very similar tastes and we loved Tears For Fears (my favourite band growing up!), Breakdance (the movie) soundtrack, and especially we loved this album called Hit Mix ’86 – it was 86 tracks mixed together all from 1986. it was the first time I heard ‘proper’ mixing and it blew my mind.

When I was in my early teens I kept hearing a track that was so fresh and different, it would be on a clip on a TV show, or background music when a radio DJ was talking, and I could never find the name. This was decades before internet or Shazam, so I patiently waited and waited, until one night a DJ played the track on the radio (his name was James Klass, he had a hip-hop/ Soul show on Radio Merseyside) and said it was Herbie Hancock – Rockit. I immediately went out and bought a 7 inch single. It blew my mind. And I still absolutely love it to this day.

It was Dave Ralph at Quadrant Park Under 18’s night. I was a very fresh faced 16 year old and used to religiously go and watch Dave play every Monday. It must have been in the late 80’s… I was doing ‘mobile discos’ at this point, but being in an actual club, with lights, lasers and Dave mixing on Technics decks and playing fresh new hip hop and house really amazed me! I knew it was what I wanted to do from that moment. I’d previously wanted to be a radio DJ, but clubs seemed like a completely different and exciting new slant on DJing.
I became a friend / mild stalker of Dave, and he gave me my first gigs, so I am eternally grateful to him. I also picked a very good DJ to learn from, as he is extremely talented and really understood the craft of DJ’ing.

My musical tastes are far and wide. From Balearic and chill out to Beatles and Pink Floyd, and Tears For Fears and Disco to techno, via so many other shades of dance music. I think my DJ sets reflect this, that I don’t just stick to one style.

I like a lot of DJ’s and get inspired by them too, from Laurent Garnier to DJ Harvey, Sasha, John Digweed, Dave Seaman, Danny Howells, to Graeme Park, and Dave Lee and sooooo many more!

It was DJ Harvey’s Mercury Rising volume Tres. I know that’s not an artist album, and is a compilation, but I love hearing tracks I’ve never heard from across genres that really get my attention. It’s a smorgasbord of quality. I loved vol. 1 and 2 so I was patiently waiting for 3.

Listen to a track from the compilation, Mode’s ‘Lo Fi Odyssey’ (Stallions Version).

DJ’ing – I’m a pioneer boy and use rekordbox. It’s what I use at home so I love having pioneer set ups at gigs, as I’m very comfortable with everything.

Studio – Ableton and push – it’s a good way to get ideas down quickly and for fiddling and automation. I’m a proper fiddler, and try variations of all ideas, even if it’s just for me to realise that I had it right the first time haha.

It’s Selador’s 150th release early next year, so I’ve been in the studio with Dave Seaman. We are working on 2 new tracks. They are both a little different to our usual sound, but still very ‘us’ (if that makes sense).

We are thinking about releasing under a studio alias – but haven’t quite come up with the name yet! Watch this space…

I’ve a few other originals on the go in various stages of production. Hopefully a few of them will see the light of day.

It’s a bit quiet for the rest of the year. I just played with Danny Howells, Bushwacka and Dave Seaman last night in Liverpool. Was good fun, and you need to bring your A-game when you play with such legendary disc jockeys!

Next year – lots on in the diary, including many International gigs that I’m excited to announce (but I can’t just yet) – in many countries I’ve never been to before.

I co-host the Selador Sessions weekly. This is syndicated to 30+ radio stations internationally and on Selador’s SoundCloud / Mixcloud. I will usually deliver a mix once a month, Dave Seaman will do another, and then two from label friends / artists. It’s not too shabby that show!

I made the mix with Ableton. I actually prefer mixing live using CDJ’s, but I wanted to make this one sound good and solid and so I used my Mac. I wanted it to have a ‘mix CD’ vibe like Renaissance or Global Underground vibes rather than a raw DJ style with FX etc.

I suppose it’s a bit of a musical journey. From deep vibes to melodic to bangers. I know that’s a cliché, to say ‘ a journey’ – but I suppose it does musically flow and move around, so I’m calling it a journey anyway!
It includes several new Selador goodies and exclusives and a few more exclusives from DJ friends, including a new Renato Cohen, whose music I adore, and an exclusive remix from Dave Seaman.

Christian Smith – Bon Voyage, it’s coming next on Tronic. It’s the best techno track I’ve heard in ages. You can tell it’s been made by somebody who knows how to really work a dance floor.

I was very pleased with my track ‘Don’t You Ever Stop’. It has an acid line, a hooky vocal, laser noises and lots of emotion (all box tickers for me) – and it came out on Bedrock, so it can’t be too bad!

Funnily enough – the last movie I saw at the cinema was something very old – it was the classic ‘Back To The Future‘, It was at my good friend Nick Gartland’s event ‘Plaza 80’s – at our local community cinema The Plaza. So good to watch a classic film, in a packed cinema, drinking a pint, with lots of friends – plus Nick played 80’s tunes beforehand too!

Succession. I can’t get enough of it. The characters are horrific, but I keep wanting more more more! 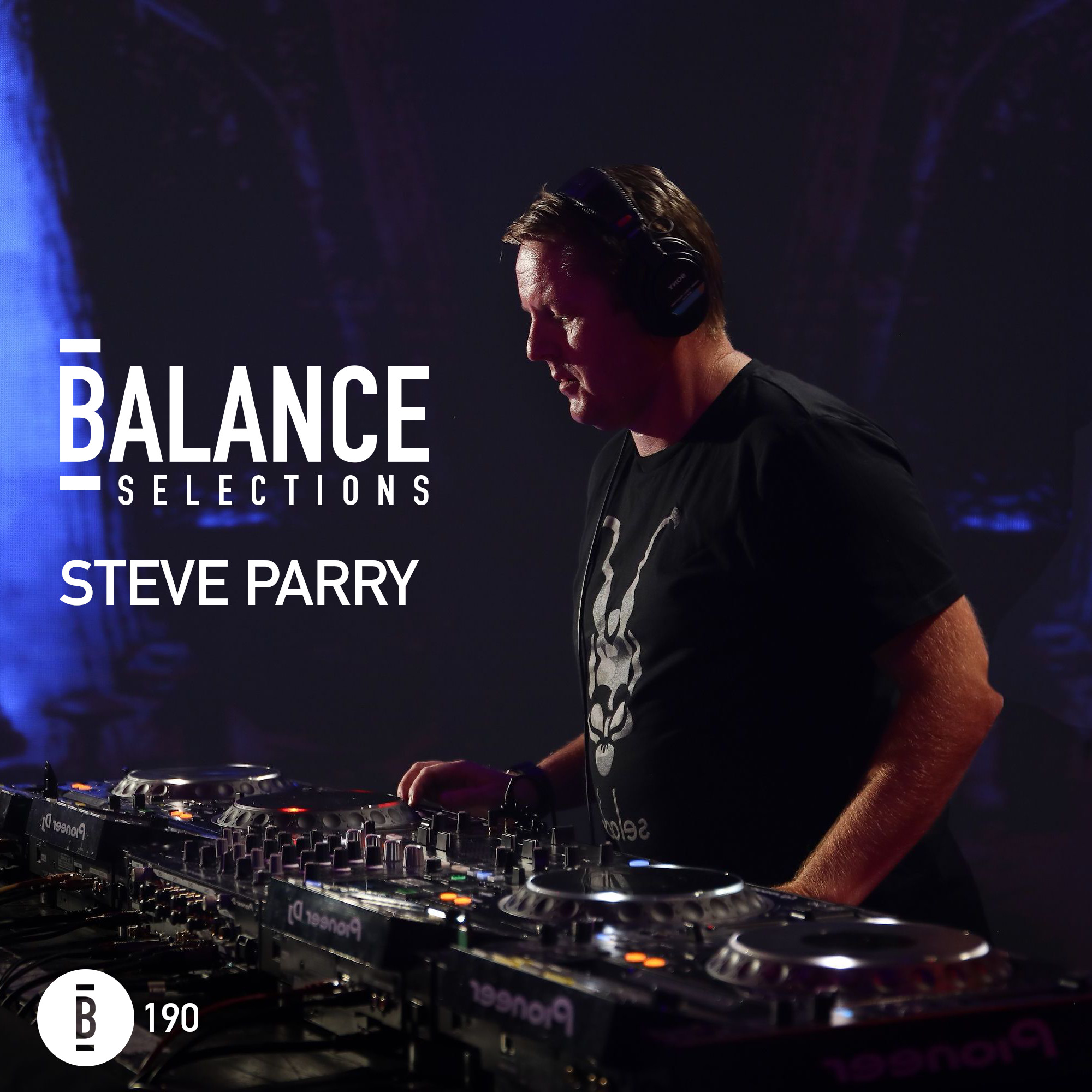