Scottish-born, Nila now calls Auckland in New Zealand home. A DJ first and foremost, his break into the scene came back in the 90s in his hometown of Edinburgh playing radio shows and club gigs across the country.

Nila brings a lifetime of passion to both his productions and performances. Renowned for his superb technical ability, music selection and programming, Nila always delivers memorable performances wherever he plays. His ability to subtlety blend emotive, melodic and atmospheric content with driving hypnotic rhythms, promises to take any listener through a beautiful journey of sound.

He has been releasing his own music with a number of record labels with his most recent signings to Balance Music, Re:sound Music, Forensic Records, and Nightcolours following his release on Dave Seaman’s label Selador. Other notable labels include Limbo Records, Pangea Recordings, Tarnished Tracks, ICONYC, BC2, Pro-B Tech Music where his sound is finding an ever-larger fanbase. His music productions have been supported by the likes of Hernan Cattaneo, Gai Barone and Anthony Pappa.

My earliest memories of music were from what my parents used to play around the house. This ranged from bands like Pink Floyd, The Police, The Rolling Stones to artists like Bob Marley, Louis Armstrong and Miles Davis. There was even the occasional dose of Classical music from Bach, Mozart, or Vivaldi.

When I was about 15-16 years old, I was into bands like The Stone Roses, The Shamen, Pet Shop Boys, James, and Pink Floyd. I remember going to some house parties and listening to tracks like ‘Fools Gold’ (Stone Roses) and ‘Move Any Mountain‘ (Shamen) which seemed to my ear anyways, be moving away from the traditional pop stuff that was being played at the time.

Around this time lots of my mates were getting into the ‘Rave’ scene which was really in full flight by this time after kicking off around ’88. I was just a bit too young to go to many of the big events in England at the time like Amnesia House, Tribal Gathering and Fantasia but, some of my older mates got hold of many of the mix tapes that used to fly around back then. These included mix tapes from DJ’s like Carl Cox, Grooverider, Stu Alllan, Easygroove, Graeme Park and Ellis Dee.

The one mix tape that really hooked me around then was Dave Angel’s Master Trance Mix: Vol 1. The track selection and mixing on this was sublime and I loved the way it had this subtle flow allowing the listener to get lost in it… I must have listened to this tape literally 100s of times. This lead to my love for trance and techno before finding progressive music and its style of playing where I became heavily influenced by DJ’s such as Justin Robertson, Sasha, Digweed, Dave Seaman, Deep Dish, Nick Warren, and Patrice Baumel.

My early days of clubbing in Edinburgh took me to places like Wilkie House, Carlton Studios, 9C and The Tattoo. There were some great local DJs back then too, peeps like Marc Smith and Cutmaster B. The other club I frequented back then was the Venue with Residents Twitch and Brainstorm although, getting in here was never a certainty for me on every night!

I always remember (and in some ways miss :-)) that is was never really about the DJ, the Club or the people back then, at least that’s how it seemed when I look back. People were just mad about the music where they would clearly loose it almost forgetting where they were. Quite often, the DJ booth was either completely out of view or partially obscured almost hiding the DJ.

There are so many amazing producers these days its almost impossible to pick but here are a few… Sasha, Patrice Baumel, Guy J, Imran Khan, Gai Barone, Micah, Michael Hooker, Stiven Rivic & Michael & Levan, Alex O’Rion… the list is endless really :-). Other electronica artists would include Nils Frahm, Jon Hopkins and Olafur Arnalds.

For all of these artists, in my eyes they are always pushing their own sound and allowing it to develop. They are also true craftsman and their individualism really comes through in their music.

I am inspired by the sound design, composition and performance of all of these artists. There is a subtlety and beauty in their music I aspire to inject in my own creations.

Sadly I haven’t ‘bought’ an album for some time what with streaming services like Spotify and Tidal really suffocating the way most people consume music these days. Before these services were about, I would often take a trip to my local record store and buy the latest CD album… long gone are those days :-(.

I did fairly recently buy a special edition Bedrock mix on cassette tape… I don’t even own a cassette player these days so it will likely remain unopened and remain a form of memorabilia.

I think the last digital album I actually bought (which was just brilliant and was just the mp3 format), was Nils Frahm’s ‘All Melody‘. I since saw him perform here in Auckland a few years back, he was sublime!

I do however buy lots of music regularly from Beatport for DJ’ing with. This along in addition to receiving promos is my main source of getting new music to play out with.

I started DJing when I was 16 so I learnt and played on 1210s for many years, then they brought out these CD things and my initial thought was, that’s not DJing, that’s pressing buttons… of course I gave into that eventually as most of the clubs I played at used CDJ’s. I stopped playing and DJing for many years and when I started getting back into it, I couldn’t afford decks so I went down the DJ software route with apps like Traktor and Serato. I have since returned to CDJs/XDJ1000s.

For DJ’ing, my preferred set up is 3 CDJs/XDJ1000’s and an Xone 96 Allen Heath mixer which I connect to a few external pedals (Eventide H9, Eventide Blackhole and a Roland DD200 delay). Before the Xone 96, I was using the DB4 also by Allen and Heath, which I rate.

For production, well I am a bit of an analogue/hardware nut. I lust like the sound of analogue and really enjoy the hands on experience allowing me to express with sound. I know of some great producers who work purely in the box so its not a need, just a preference.

I have been building my studio for about 14 years and have built up a bit of a collection of synths. These include things like the Moog One, Moog Sub 37, Moog Matriarch, Moog Voyager, Dave Smith Instruments Prophet 6, Behringer SH101 and others.

I think one of my best or most useful/self-improving purchases was on the Focal monitors and Sub unit. These have really changed the way I hear what I am producing which is of course really important. I also have a few MIDI controllers like Push 2 and an old Machine MKi.

Well of course, there is my current release on Balance Music, which I really can’t express enough how stoked I am to be on the label!! I also have some work coming out on Forensic Records and Nightcolours. I am of course always producing so hopefully there will be plenty more to come too :-)

Well due to the pandemic like many others, I have had numerous gig bookings postponed or cancelled. The scene here in NZ has been very start stop with more stops than re-starts, hopefully this will change soon though.

I have been booked for the Seladoria tour to New Zealand along with a number of other gigs yet to be announced, this of course will depend very much on how the pandemic plays out here in NZ and the tightening/loosening of restricts.

In the meantime, you can always hear me play on my monthly show ’S I M U L A T I O N’ on Frisky Radio

Normally I just record my DJ sets just playing on 3 x XDJ000s, an Allen & Heath XONE 96 and a few eventide FX pedals but for this one, in true Balance fashion :), I opted to do this using Ableton.

Once I found what music I wanted to play, I laid it out all the tracks and start/end loops on the Ableton timeline (I used 4 channels to emulate 4 decks). Once laid out, I recorded the automation of me mixing between tracks live (I used an Allen & Health K2 controller for this). Once that was done, I went back through the mix, added an intro using soft synths and effects. I also made some edits to some of the tracks (see if you can spot them :) ) then exported this as a single file.

That is almost an impossible question to answer (lol)… there are just so many pieces of brilliant music out there are the moment. This is one I have been playing lots (when I have had the chance!)… 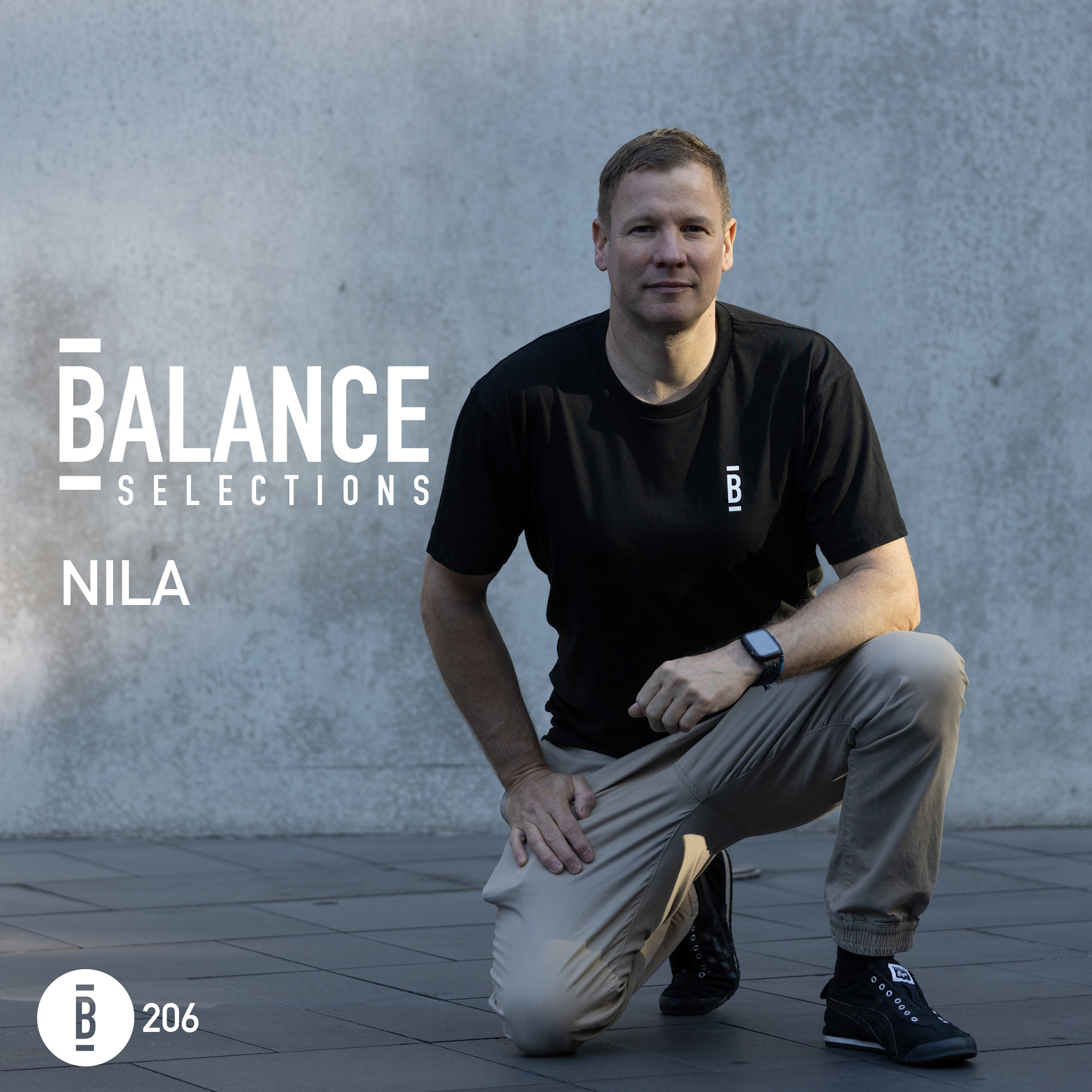