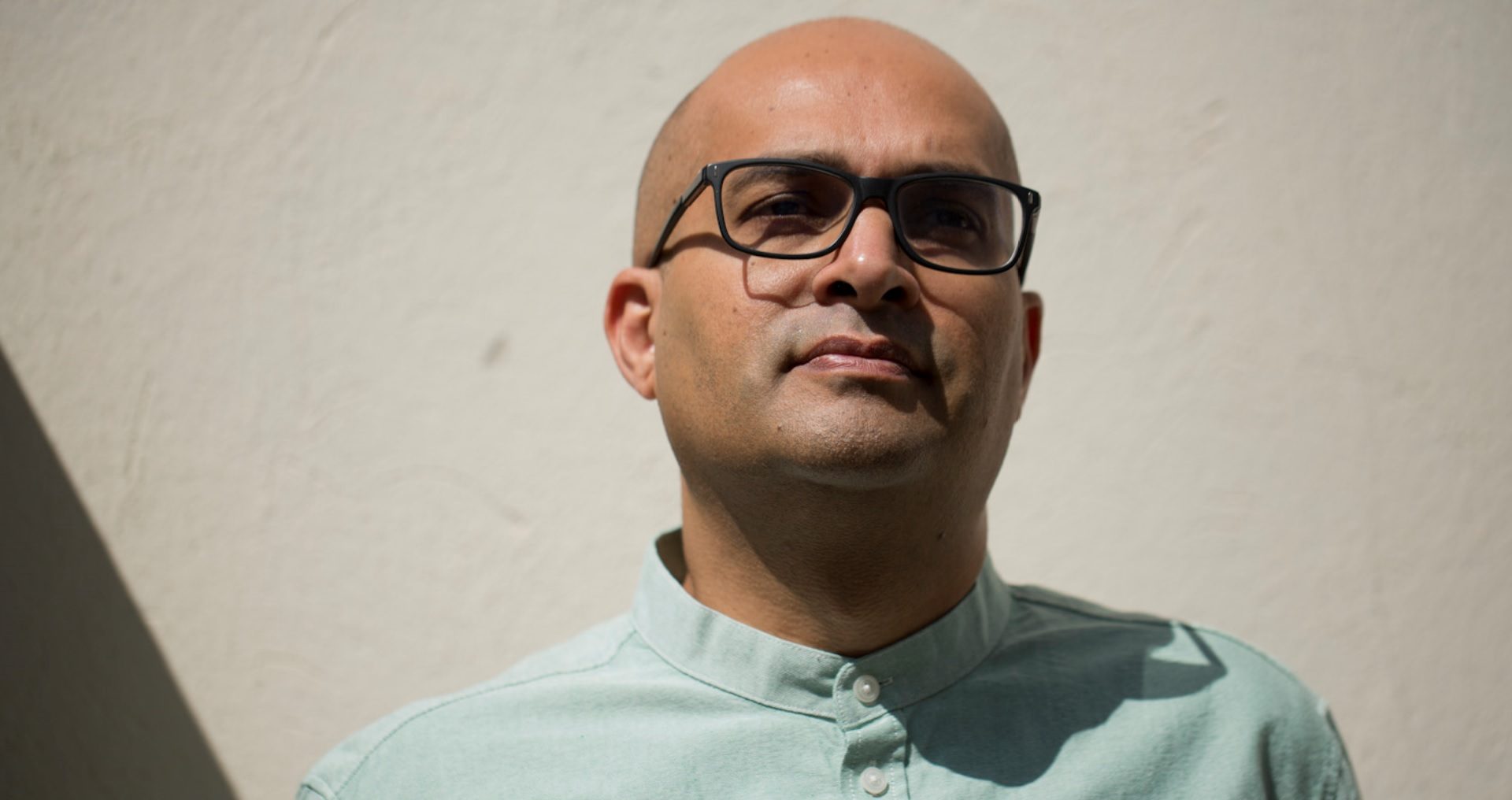 The Berlin based Iranian DJ, producer, and ‘Ubersee Music’ label figurehead has had a number of heavyweight releases throughout the years…

on labels such as ‘Kompakt’, ‘Systematic Recordings’, and ‘Kling Klong’, and his ascendance to relevancy was finally confirmed, when his ground-breaking album ‘Letting Go’, hit the number one spot on Beatport towards the end of 2018.

The lead single, a collaboration with Ruede Hagelstein, was widely regarded as one of last year’s best tracks, with Joris Voorn, Guy J, Adriatique, and Bebetta, all featuring it in their charts.

Namito continues to go from strength-to-strength, with his latest production ‘Stone Flower’, set to be released on the Sol Selectas imprint next week. The track has already been tried, and tested at several high-profile festivals by some of the world’s leading DJs, which by all accounts looks set to be another big release in 2019…

I was born in Iran and by the time I was seven years old, there was a revolution that ended in the foundation of the Islamic Republic of Iran. After the power takeover, the fanatics banned music almost entirely, with only religious chants and pro-system songs allowed. Those who wanted to ignore the new system, were mainly stuck with their pre-revolution tapes, from the likes of ABBA and BeeGees. But after a few years, the hunger for new music, became bigger than the fear of the severe punishments, so people were resorting to picking up music from the likes of Michael Jackson and Wham from the black market! There were serious penalties for it though, like 50 lashes!

When I arrived in Berlin as a refugee from Iran, the very first track I heard was “Shake The Disease” by Depeche Mode. I remember feeling shocked at how modern it sounded and of course, became instantly hooked ha! Later bands like “S’Express”, “The Overlords” and “M.A.R.R.S” took it a bit further, but it was probably “Don’t You Want Me” by Felix that completely and irreversibly blew me away.

The first club I ever went to was Discotheque in Berlin called “Far Out”. I actually wrote a track about it in my album, ‘Letting Go’. The club was run by a bunch of Osho disciples. I had left the care of my step relatives in Berlin to join them, when things go too stressful. I remember the club was so different to anywhere else I’d ever been, it was white and super bright! The resident DJ there was a guy called “Sonam” and I loved what he was doing so much, that I kept hassling him to teach me, until one day he finally showed me how to DJ. :)

Which producers inspire you?

I went to Watergate to meet my friend Friso from ‘Adana Twins’ recently and caught Musumeci’s set. I loved every track he played, which is super rare for me. I checked his tracks when I got back home and bought quite a few lol.

Artists that project a message beyond “buy my music” also inspire me greatly too, so by that I mean Massive Attack and Damian Albarn.

“Submarine” by an Iranian artist called “Idlefon” on Bandcamp.

After ages of carrying 20-40 kg of records and later the stress of connecting Traktor to the mixer, whilst the other DJ was still performing ha, USB these days makes life so much easier. I love entering the club and inserting my USB Stick into the CDJ and voila! I think technical progress is a gift and sticking to vinyl is against the very nature of “Techno” which for me, was always was about real innovation.

Stone Flower is coming out next week on Sabo’s Sol Selectas. I wrote it 2017 and the track is based around an old Iranian song called “Gole Sangam”, which means my stone flower. The vocals were sung by my sisters. Both Sabo and Behrouz were playing this relentlessly at all their gigs for the past year, so I kept getting messages always on a daily basis from people asking “when this was coming out!?”. So I’m super glad it’s finally being released.

Bebetta has also remixed the opening track from my album ‘Culture Shock’ which will be released soon on my label Ubersee. It was written about the first day I arrived in Berlin as a refugee from Iran. Her take on it is beautiful. It’s pure and amazing. They are two very contrasting versions.

I also have part 2 of my autobiographical album series, which is an electronica album and recounts part of my childhood in Iran. I will be releasing this on my label Ubersee later this summer along with some special clubs mixes from it too.

Later in the autumn, I will be releasing a couple of tracks on Behrouz’s ‘Do Not Sit On The Furniture’ imprint and you can catch one of them in my mix.

I’m based in Berlin and playing quite regular there, plus I’m in the middle of arranging a tour for my new album, so watch this space.

I recorded my set at my favourite club in Berlin, Sisyphos. It was a sunny Sunday afternoon and I played at the beach there for the first time. The vibe was very special, so I’m happy I was able to capture all the magic.

“Namito – Stone Flower” on Sol Selectas. I know it’s my own track, but I still absolutely love it.

My collaboration with Ruede Hagelstein ‘Letting Go’, is a special track, that signifies a very difficult time in my early teenage years, when things got so bad living with my adopted family, that I decided to go it alone. It’s a beautiful track that captures the time and calm I felt when I finally made peace with my decision. I was lucky enough for Beatport to select this as one of their favourite tracks of 2018 and artists that I really respect like Guy J, Adriatique, Joris Voorn and Bebetta, all liking it too.

I went to watch “Us” in New York and it is phenomenal.

“The Sopranos” is my all-time favourite but “Seven Seconds” impressed me recently most. 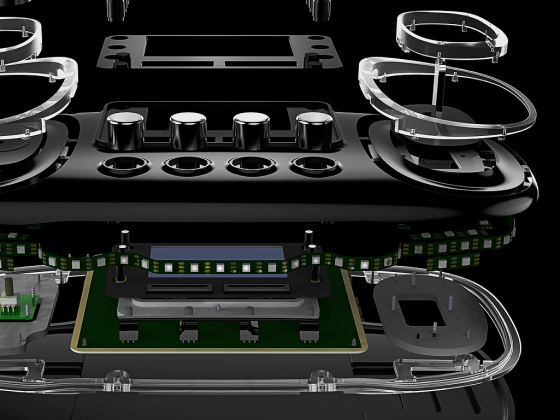 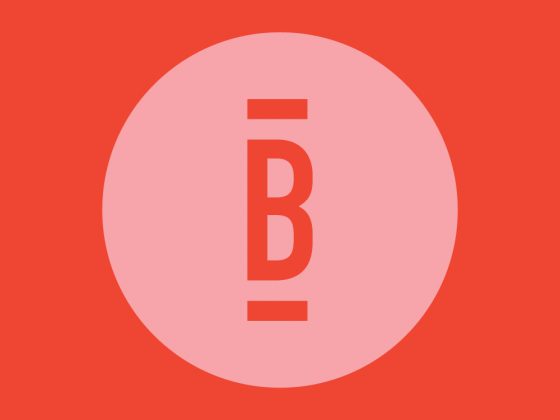