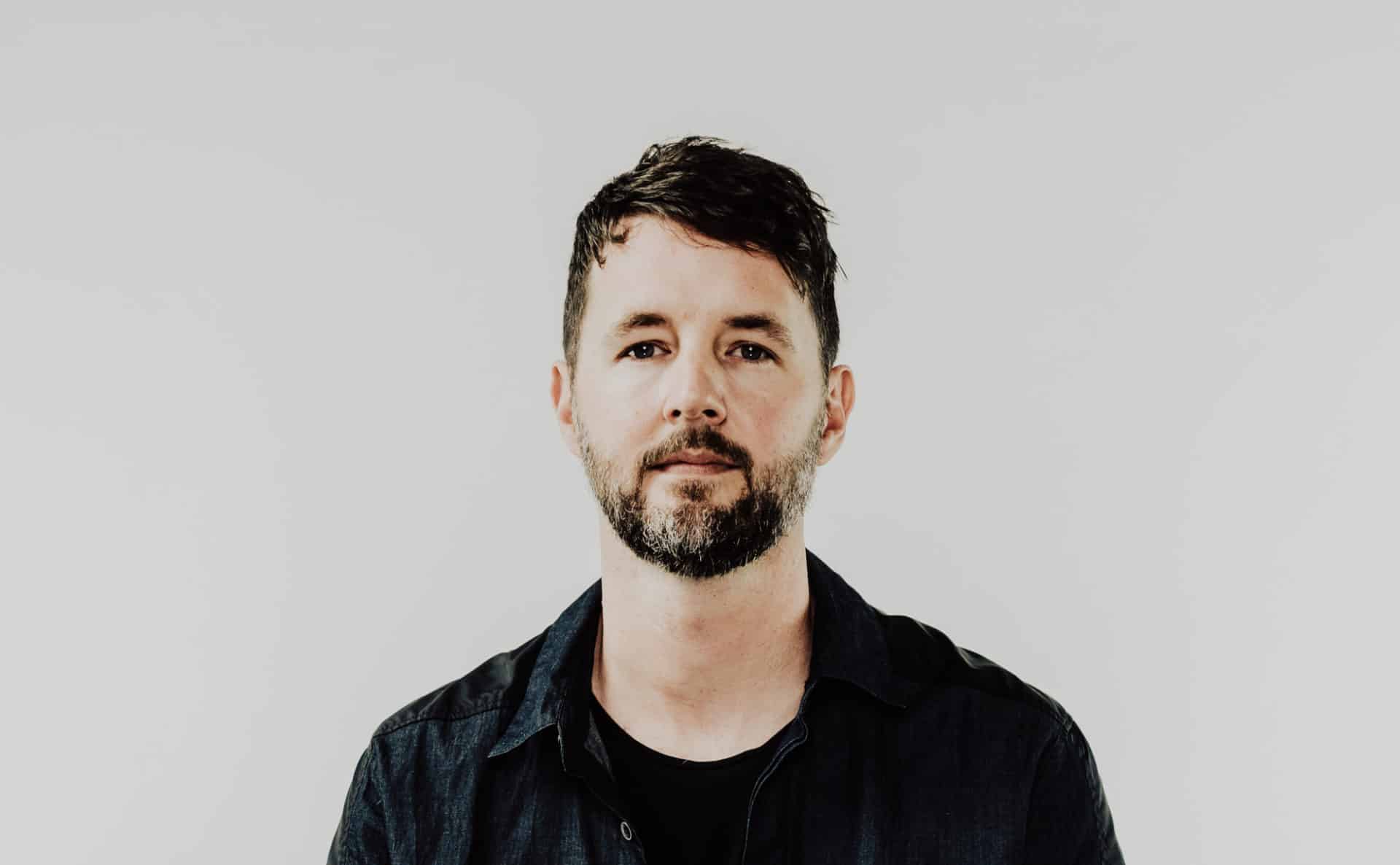 American producer/DJ Butane is no stranger to the underground dance music scene.

He boasts an impressive discography released on some of the most highly regarded labels in the business, from Crosstown Rebels to Get Physical to Dubfire’s Sci+Tec. As a label owner, he’s the founder of three influential underground dance music imprints of his own: Alphahouse, Little Helpers, and his new Extrasketch project. His recent rework of Uone’s ‘Karnival Dreams’, showcased his engineering skills with a remix that was dancefloor-friendly and cerebral at the same time. Ahead of his Australian return to perform at the upcoming Chi Wow Wah Town Festival, the time felt right to get the scene veteran to host a Balance Selections mix.

As you would expect, I grew up in a fairly musically minded family. My maternal grandfather loved to sing, his music was of the Frank Sinatra-type. What would you call that? Old school New Jersey romantic mafia style? In his youth, my father was in some regionally successful experimental bands in the 60’s and early 70’s. I was a child of the 80’s, so my early memories are of bands like The Pet Shop Boys, Depeche Mode, New Order, Duran Duran, The Eurythmics, George Michael, Boy George, that kind of stuff. I always loved all styles of music as a kid but that was a really great time for crossover Electronic/Rock. I would call that my foundational taste, which of course evolved into many other interests. As a young teen I got pretty heavily into Hip Hop, back in the glory years of Wu-Tang, Eazy E, Dr Dre, Ice Cube, Notorious BIG, stuff like that. I also loved the Seattle grunge movement for a few years at its peak. Nirvana, Alice in Chains, Pearl Jam, Stone Temple Pilots. I guess you could say I had, and still have, very broad taste in music.

If by electronic music you mean “dance music”, I got introduced to it in college. I can trace it directly to my old friend Cort. We met, I believe, in a philosophy class my freshman year. He used to drive around in an old Ford Mustang jamming Bad Boy Bill DJ Mixes. Early trance stuff too, Paul Oakenfold before he he got huge, Tranceport, that kind of thing. I was an 18 year old kid and this was the fresh new shit. We started going to clubs together and I was hooked. From there I got quickly into the Global Underground Progressive sound, Sasha & Digweed, Nick Warren, Dave Seaman, Sander Kleinenberg, Anthony Pappa, all those guys. Then moved quickly to Danny Tenaglia, West Coast House, Wicked Crew, Tyrant, Wiggle, UK tech house stuff. Then I dug into the real Detroit Techno, Chicago House, the more purist forms of American dance muisc. From there I quickly went all deep into German minimal techno and that’s when I started producing music and throwing my own parties in St. Louis. Then I moved to Berlin. I was just a few years out of college at that point. So in my mind, my real roots are the deeper forms of House and Techno of the early 2000’s. The glory days of US clubbing.

When was the first time you saw a DJ in a club?
The first DJ I think I ever saw play house/techno in a club was probably my freshman year in college (1999). DJ Zippy aka John Millard. We actually became good friends and I considered him a mentor. He used to mix up underground/progressive house in his sets with rap, random top40 club stuff, mashups, all kinds of music. It was a Midwestern college town; he had to keep the dance floor moving. But he would always sprinkle in some choice underground jams. We constantly tried to pressure him to play more of it but he had to stay in his bosses’ good graces. It was an epic struggle. Eventually we started our own weekly night together at a little sake lounge playing deep house and minimal. My first residency. No commercial stuff. That was in 2002.

This is going to sound crazy, but I don’t really look to other musicians for inspiration. I recognize talent when I see it, and have a ton of respect for people at the top of their game, but for inspiration I typically look elsewhere. Nature, Literature, Politics, Philosophy, Art, My wife. As a musician, I’m trying to do my own thing. I’m trying to leave my own legacy as an artist in this business. The worst thing I can think of is if someone considered me a knock-off version of some other artist.

What was the last album that you downloaded/bought?
Maybe Nick Cave’s Skeleton Tree. Have I really not bought an album in the last few years? I guess I’ve been too busy making music.

I’ve really pared down my studio setup over the years to streamline my workflow. Ableton is the central hub. I still use a few drum machines and synths synced via MIDI, and have some controllers and FX units. Everything runs through an analog mixing console. But mostly I’m working in the computer: editing, arranging, etc. Software is just so strong these days. Most of the time firing up the hardware just isn’t worth the trouble.

From a DJ perspective, I’ve been on a laptop since about 2003. Traktor with multiple decks. I just like the workflow. Looping is very important to me. File management / playlists is huge. I need to be able to quickly get the track I want, and cue it to marker. I used to use the timecode records with turntables, because I was a vinyl DJ for many years, and I just liked the feel of playing records. Now I don’t care. I’m equally comfortable playing with just the laptop and a controller, maybe add an FX pedal for for a little spice on the peak time sets.

Lots of music coming. I have releases coming every month on my Extrasketch imprint through the end of the year. Mostly solo stuff, but also a collaborative EP with Andras Toth, then a full LP of darker and slightly more melodic techno tracks with Riko Forinson at the end of the year. Also Riko and I signed another full album of slightly deeper tracks to Deeperfect which should hit in Sept/Oct. And we have a few things coming on Little Helpers too. I’ve been killing it in the studio this year. Very excited to get this stuff out into the world.

I’ll be touring in Australia & New Zealand in November. A few dates are still firming up, but it looks like I’ll be at Camp Paprika in Gold Coast, Chi Wow Wah Town Festival, Laundry Bar in Wellington, Silent Studios Auckland, SASH Sydney, and another date in Melbourne that’s not quite confirmed yet. Last time I was down under was 2007 so I’m pumped to come back.

I’m also currently exploring the idea of starting something regular for myself here in San Francisco. Just a few times a year. I have a few options on venues, I just need to figure out what feels right. Stay tuned for that.

This mix was actually recorded live and spontaneously at Flash in Washington DC a few months ago. I was playing on their rooftop, early hours, just warming up the dance floor for a long set. It’s definitely on the deeper side of what I play and not really indicative of the short “peak time” sets I usually get booked for, but I love playing this style in my longer sets. And for podcasts like this it’s great. More timeless. I’ve been toying with the idea of releasing this recording myself, but wanted to wait for the right platform. With Balance’s storied history, I think this is a perfect fit. Hope you dig it.

Butane – We Long To Move The Stars To Pity

This changes daily. Today, it is Frankie Knuckles & Jamie Principle – Your Love

I have fond memories of listening to the Anthony Pappa, and Jimmy Van M mixes way back in the day.

The nightly News. Reality is stranger than fiction. 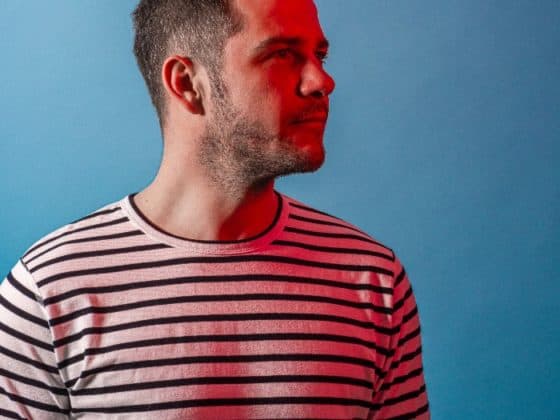