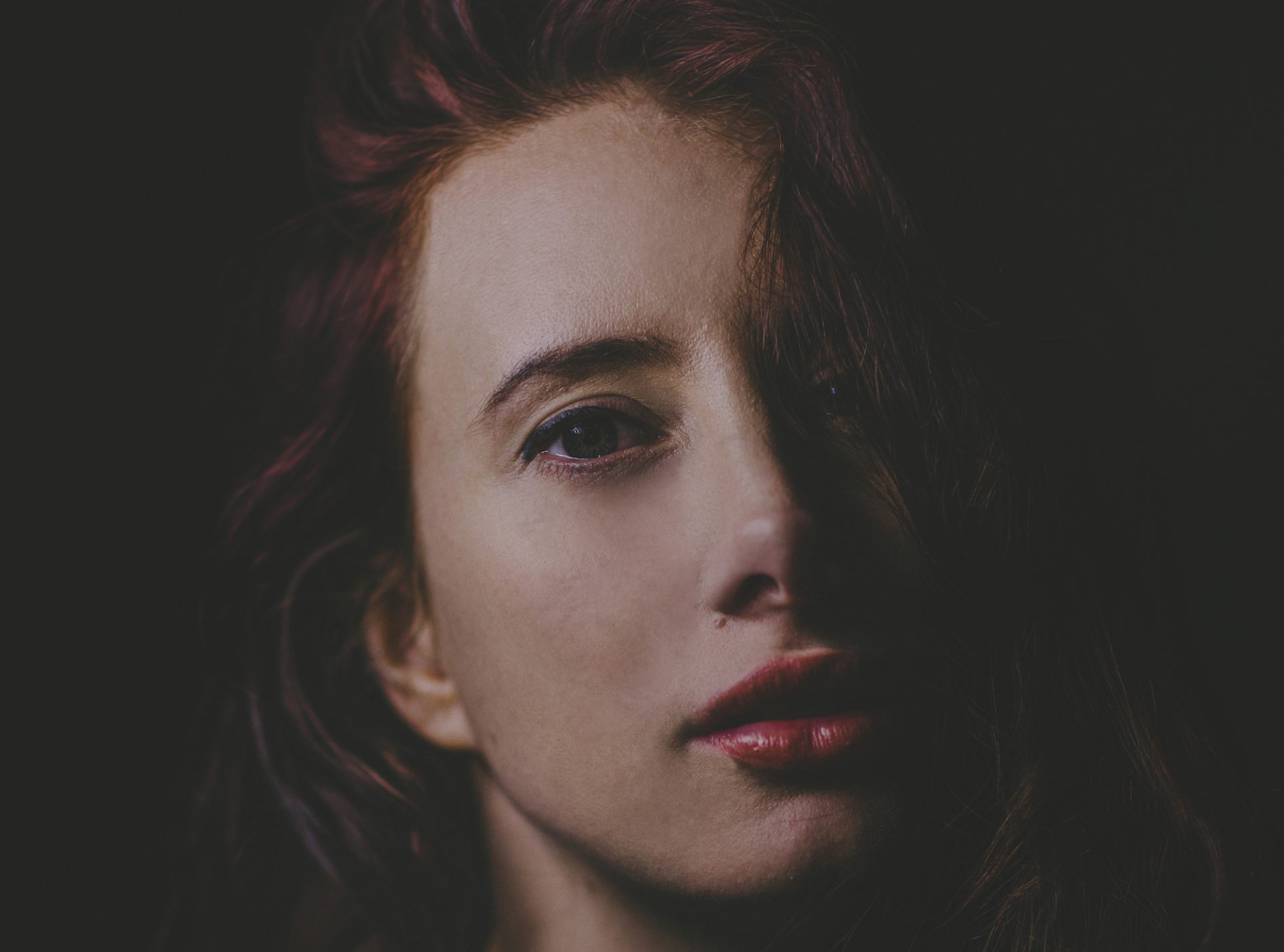 We finish the year with a banging techno mix from one of the rising stars of Melbourne’s thriving melodic techno scene. The Scottish-born Mha Iri has been turning heads with her uncompromising brand of techno which has seen her become a resident and regular at some of the cities best clubs and nights. 2018 could easily be seen as her breakout year, and next year is set to be even bigger with festival bookings including Rainbow Serpent Festival, Where The Wild Things Are and Babylon Festival. On the production front, she is releasing at a rapid pace with releases on niche, scene labels including Six Recordings and Australian-based Recovery Collective. Exorcise your 2018 demons with this head-banging mix of big, melodic and warehouse-sized techno.

What music did you listen to as a child?
When I was growing up my dad used to go to car boot sales and buy five second-hand CDs for a fiver every week for me and my brother. So we grew up listening to lots of different genres but I was always attracted to the electronic side of music. I adored DnB, electro and trance as a teen and I started attending private raves around then which solidified my love for the harder sound and techno.

When was the first time that you realized that you liked electronic music?
I remember hearing Mr Oizo – Flat Beat when I was about 10 years old and I absolutely loved that song! That was definitely a turning point for me and opened me up to the world of electronic music.

When was the first time you saw a DJ in a club?
I went to see Marcell Woods play at Revolution (a club in Edinburgh) when I was 17 and he was incredible. His song ‘Advanced’ (which was one of my favourite songs at the time) had everyone going wild. Everyone there was just sweaty, crazy and in the moment. This is one of the things that made me fall in love with the dance music community. There was no judgement and It wasn’t about appearances, it was all about the music and dancing hard.

Which producers/artists/acts inspire you?
There are a definitely a fair few but narrowing it down to three I’ll say, Nicolas Taboada, Metodi Hristov and The Cosmic Boys. I love the fact that they all have a very distinctive sound. Nicolas for me nails the perfect low end. His kicks are just monstrous and he combines that with either very dark or uplifting euphoric synth work. Metodi uses percussion incredibly well and creates so much movement in his tracks. His songs usually have lots of elements but remain so clean and his synth work is very unusual. I’m a big fan of the Cosmic Boys earlier stuff which has a more minimal feel combining a kick and one hit bass with few elements and lots of FX. In the past year or so they have changed their style slightly with their tracks becoming more melodic and complex.I’m just astounded at the quality of their tracks every time they release.

What was the last album that you downloaded/bought?
I don’t buy albums anymore and my memory is awful so I’ll just go with one of the most recent full EPs I have purchased. It’s not common for me to buy a whole EP as I’ll usually only want 1 or 2 songs and just buy those rather than all of the artist’s releases; however, the EP Botancia by Abyssvm blew me away. My favourite track on the EP is Artemisia Absinthium. It combines the perfect balance of dark and euphoric sound and the main drop is mind-meltingly good.

What is your current production and DJ set up like?
So I have Pioneer CDJ 350’s and a DJM 350. Production-wise I don’t use any hardware. I actually don’t even own a midi keyboard. I just use the keyboard when drawing in MIDI patterns. VST-wise I love Diva-UHE. It has an awesome, rich analogue sound and I use it in most of my tracks. It is CPU hungry though which can be a bit of a nightmare especially if I want to use a lush pad. Those tends to be the worst offenders for munching CPU. I also use Sylenth, Serum and Ableton stock for synthesis.  I don’t use any other vsts. I prefer to keeps things simple when it comes to my tools.

What releases do you have on the horizon?
I have an EP coming out on the 28th of November on Six Recordings which is a collab with a good friend of mine and awesome producer Amir. We did a radio show together for 2 years and he actually gave me my first introductory lesson to Ableton when I first started out. I also have my remix of the talented artists Amuze & John Baptiste’s track ‘Black Box’ coming out in January on Australian label Recovery Collective along with a bunch of other top remixes. After that, a collaboration with the amazing Italian will be out on Orange Recordings later in the year. Lastly, I have another EP coming out on a Berlin-based label that I’m really excited about, but I can’t confirm any more info on that for now. I’m currently collabing with two very talented ladies Wiser and Aria as well as exploring melodic yet driving techno.

Where can we hear you perform?
I have a residency with Xe54 and also The Tea Party at Vineyard (Melbourne). Both of these residences are awesome in their own way. I love playing at Xe54 because I play the style that I produce there and I can also push harder techno as the crowd is really up for it, whereas at the vineyard I play house music to a happy, carefree audience which is a lot of fun. You can catch me at Shed 9 on January the 5th supporting a huge idol of mine Anna. Festival-wise I’ll be playing at New Dawn, Rainbow Serpent Festival, Where The Wild Things Are and Babylon Festival.

Tell us more about the podcast you made for Balance?
I made the podcast on my CDJ’s at home. It took me a few hours to plan my track selection then I did a test recording. Listened back to it to see how the flow was and then did a final recording. The podcast is represents the style of techno that I adore which tends to be on the melodic side yet driving with strong kicks and lots of percussion. I’ve also included a couple of my own tracks in there.

If I could recommend only one track for you to listen to it would be:
Linus Quick – Der Winter Naht. I just find it so beautiful.

My favourite Balance compilation/podcast is:
Harvey McKay’s is a belter.

The last movie I watched that I really liked:
Isle Of Dogs

If I could choose anyone to compile a Balance comp it would be:
Nicolas Taboada 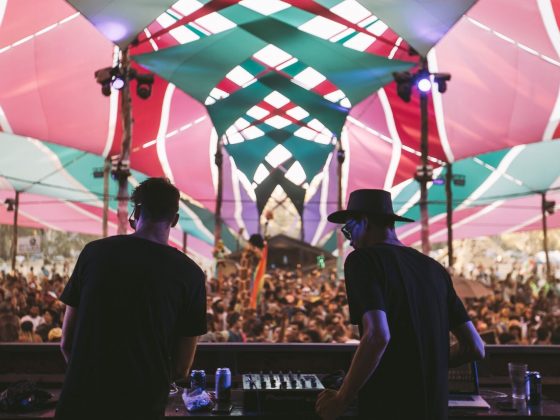 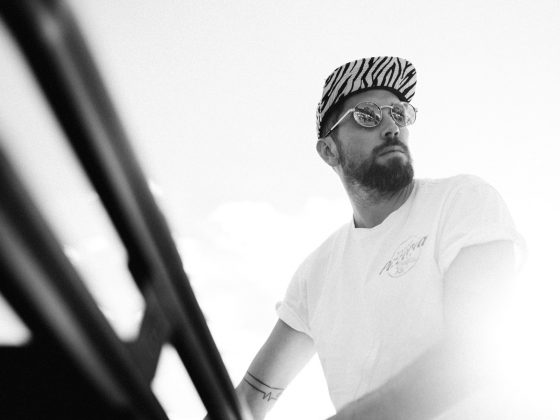