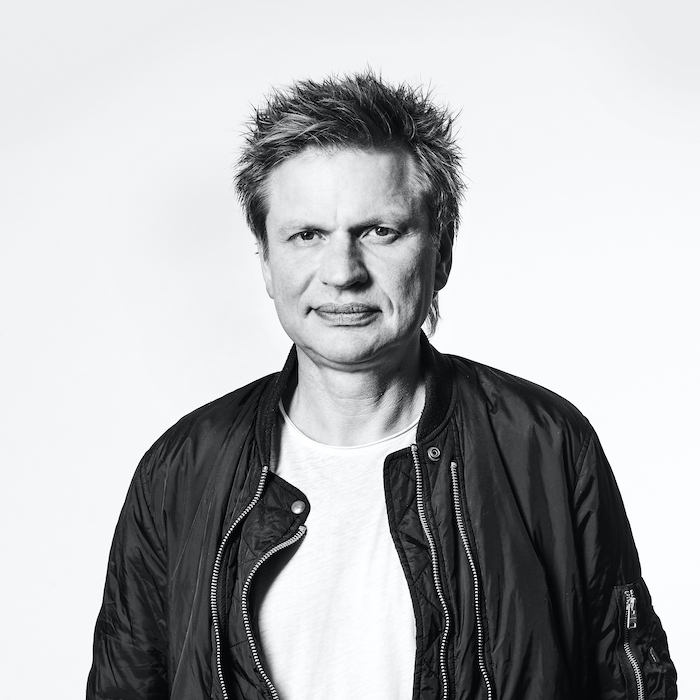 Timo Maas the now legendary artist, has been on a 30-year quest to deliver his musical wizardry to the world.

From a residency at the ground-breaking Circoloco at DC10 in Ibiza, where he has been entrenched for over 15 years, to tours around Europe and the rest of the world, Timo Maas maintains a high level of performance.

The visionary German also dedicates his time to conjuring up fresh new original productions in his studio for his Rocket and Ponies label, along with remixes for a plethora of superstars, from Madonna to Depeche Mode, and Fatboy Slim to Muse.

Timo has retained a love and passion for making and playing music that is indelibly etched into his psyche, and it makes him the man he is today; driven, positive, infinitely creative, and full of magic.

I was listening to basically everything at the time. I was very early into music in general, and was spending hours in front of the radio making notes about the songs and tracks I liked in the 1970’s.

Electronic music only really started to be recognised apart from the experimental stuff from the late 70’s to the mid 80’s, when I was a teenager. So basically, I was aware of it, and loved it from pretty much the beginning. Very early and important influence was for sure Jean Michel Jarre with his first 3 albums.

That must have been around the mid 80’s when I was about 15, and I was very fascinated by this. I obviously had experience to play at parties before, but as it was only possible from the age of 16 to go to clubs, I needed to wait a bit more for that experience.

In general, my life inspires me a lot. I’m also strongly triggered by nature. My favourite musicians? Oh man, thats too many to list, but, out of the electronic field, surely it would have to be Robag Wruhme, Roman Flügel, Four Tet, Martin Buttrich, Matthew Herbert, and similar guys. I’m a big fan of the Jazz drummer Wolfgang Haffner too. An Amazing musician, and person.

It was Wolfgang Haffner’s last album ‘Kind of Tango’. As I mentioned above, an amazing musician, and always working with world class musicians… I love that.

I keep it simple. I don’t have my own studio, so I work with different producers/engineers in their studios. The easy ideas, I make on Logic at home.

I just released 2 new Tracks on Oliver Huntemann’s SENSO Label. Soon, there’s the release on Tenampa Records (catalogue no. 100) with another 2 new tracks, and super nice Kotelett Remixes. And, I just logged in another release together with my bro Erik Volta for Warung Records… Also, just did a few remixes recently for guys like Rodriguez Jnr, and Claudio Ricci….

I do a monthly radio show for Maxxximum Radio in Paris, and also produce streams in very cool locations with different partners… Gigs are rare these days… Let’s see what comes up the next months post COVID-19…

The mix is actually a live mix i just did at my home… 2 x CDJ2000 (old model… no sync!), DJM2000… As it is 2 hrs long, I needed exactly 2 hrs to do it ;)… Hehehehe… There’s a few unreleased tracks, and remixes from myself, plus some awesome new trippy music by the likes of Robag Wruhme, Radioslave, Claudio Ricci, Joe Metzenmacher & Borka and the Gang, Francesca Lombardo…. and more…

Arnaud Rebotini – All you Need is Techno (Gesaffelstein Rmx)

Roy Ayers – Everybody loves the Sunshine