Is this music? Or is it a force of nature? Modeselektor’s bass lines split the earth in two, and crazy trumpets announce that the end is nigh. Just when you think that you have fallen victim to this electronic madness, the clouds clear and Apparat’s voice – graceful and very beautiful – comes down from on high. In Moderat’s world, full on party and profoundness are no contradiction. When Modeselektor and Apparat meet again on their second album, we come full circle.

Moderat are Apparat (Sascha Ring) and Modeselektor (Gernot Bronsert and Sebastian Szary), On the one side, the thoughtful sound tinkerer and pop poet, and on the other the techno b-boys. Both acts represent the Berlin electronic scene from the other side of the straight bass drum. Modeselektor are grand masters of subterranean bass and electrifying breakbeats. Apparat is the purveyor of sophisticated electronic pop music. The refusal to be satisfied with what is available forms the bond of an artistic friendship that has lasted more then a decade. The fact that their individual projects are so absorbing precluded the possibility of a continuous collaboration. As a result, in all this time the trio has come together merely three times – but in decisive phases of their careers. The first time was at the beginning of 2003. The legendary sessions resulted in the ‘Auf Kosten der Gesundheit EP’. In the years following, both acts garnered international popularity. With their groundbreaking albums, they defined the electronic sound of the time. In 2008 they returned to the studio. On their first album, they defined the Moderat sound. Throbbing bass and tricky beats on the one hand, Apparat’s delicate vocals on the other. It was this extreme contrast that created the unique Moderat vibe.

Five years have passed and all three find themselves in a new situation: they assume new responsibilities as bandleader (Apparat) and as label makers and dads (Modeselektor). The spectrum is an emotional one, and one that has increased stylistically. There is no longer a prevailing tone. In the space of eleven tracks, Moderat presents a very varied but nonetheless compact and epic tale. 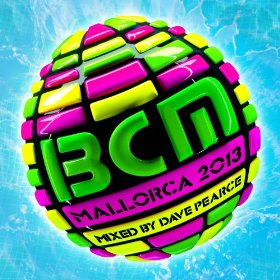