Tone of Arc unleashes his stunning debut album on the world this spring in the shape of ‘The Time Was Right’, a genre defying LP that shines with the raw talent of its exceptional multi-instrumentalist producer…

Tone of Arc has been generating a lot of excitement since joining forces with the red hot No.19 Music early last year. A string of highly anticipated live performances at Social Experiment parties in New York, Miami, London, Berlin and beyond have given birth to a reputation as one of the most exciting live performers around, whilst singles, ‘Shaking the Sky’ & ‘Goodbye Horses’ have given a tantalizing glimpse into the genuine raw musical talent of singer/song writer Derrick Boyd & partner Zoe Presnick. Boyd is no stranger to the music industry having already scored success with his Dead Seal project, but it seems his pairing with Presnick and his bond with Jonny White (who executive produced the album) and the No.19 crew has brought a fresh intensity to his work, allowing him to marry his passion for songwriting with his unbridled talent as a musician and performer.

The product of all this is the wonderful ‘The Time Was Right’, an album that finally opens the doors onto the musical soul of Tone of Arc, allowing all to see what they are truly capable of.

Tone of Arc has delivered a debut LP that is far beyond the reach of anyone’s expectations and in doing so has positioned No.19 Music as a label that defies classification and is seemingly capable of anything. Jonny White describes Derrick Boyd as “more talented than anyone I have ever know” and after listening to ‘The Time Was Right’ it’s clear to see why, this is a simply stunning record that will find a place in the hearts of music lovers everywhere. 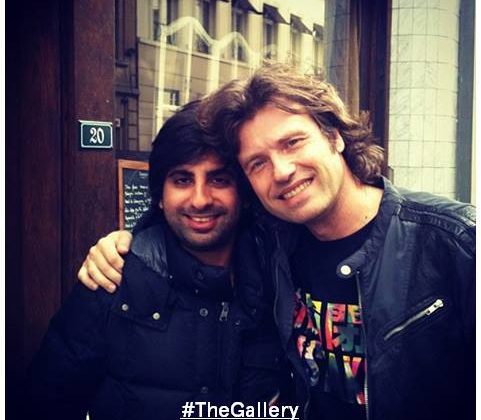